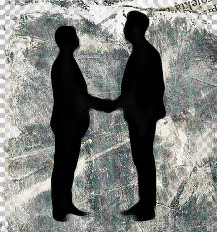 When I Met The RAW Chief

Denial being the general disposition of the fortnight, yours truly initially didn’t want to broach the subject. But the scattered pieces made a compelling chronicle – a reverie of sorts, if you will.
When Samant Kumar Goel walked into the room hand extended, he evoked little that was, so to speak, spooky.  Wavy hair parted at the extreme, whitening faster at the temples, he could pass for your average mid-level Indian Embassy bureaucrat. Not someone whom our trembling political class would so assiduously deny having met.
After the customary preliminaries, Goel’s smile persisted, exposing a gap between his two top frontal teeth that served to underscore the space between his public and personal personas.
An expert on Pakistan, Goel was reputed to have planned the airstrike on Balakot in Pakistan in response to the Pulwama terror attack in India February. Although the international media was skeptical of the extent of the damage the Indian Air Force inflicted on terrorist infrastructure run by Jaish-e-Mohammed, the strike did help Prime Minister Narendra Modi win massive re-election months later.
The Research and Analysis Wing (RAW) is generally led by China or Pakistan experts, often in turns. China now having replaced Pakistan as India’s primary concern in Nepal, wasn’t Goel’s arrival so early in his tenure a bit incongruent? Unless it was part of micromanaging post-2006 Nepali politics?
“Is there really a distinction between Beijing’s and Islamabad’s footprints in Nepal, considering that they march to the same tune everywhere else?” Goel asked.
That general question was enough to suggest that his mission was aimed at our domestic affairs. Better steer the conversation toward the Research and Analysis Wing (RAW) and Nepal.

MB: “What percentage of your time, money and energy is spent on Nepal?”

SKG: “Yeah, like we wake up each morning to figure out how better to subjugate Nepal.”

MB: “Well it does seem that way, considering the plots of your recent Bollywood spy thrillers.”

SKG: “Let’s not get distracted by images.”

MB: “No, really. Wasn’t it RAW’s long-held position that a monarchical Nepal was an inherent threat to India and that you finally won out through the Shyam Saran dimension of the Karan-Saran roadshow?”

SKG: “All that maneuvering between those two royal proclamations, having come to naught. Shyam Saran did persuade us that the Chinese would keep out of Nepal if we could pull off the Maoist-SPA 12 Point Accord.”

MB: “Then what? Prachanda and Baburam turned out to be as unreliable as the rest?”

SKG: “Worse than that. Prachanda rubbed it in at every opportunity. Even today, Baburam pontificates as if he has had no hand in it.”

MB: “Sikkim was a feather in your cap. The political class that replaced the chogyal has played its prescribed part well. How did Nepal turn out so differently?”

SKG: “That’s what baffles us. Just take one example. The official Nepali line after Pulwama was reprehensible, to say the least. It was almost designed to exonerate Pakistan. And all this after an attack on Indian soldiers masterminded by a guy who already humiliated us on that aircraft that took off from Kathmandu to park on that tarmac in Kandahar 20 years ago.”

MB: “Do you really think it was that bad. I mean, Nepal has independent relations with Pakistan. We can’t accuse them of something the way you do without evidence?”

SKG: “If it’s not Pakistan, then it’s China or the United States. What business do you have in a free and open Indo-Pacific when your foreign minister can’t even be honest with his own parliament about what he said and signed in Washington?”

MB: “So you think we’re doing all this on purpose? That there’s some visceral antipathy toward Indian rooted in the collective Nepali mindset that no politician can depart from? Not even those you have carefully nurtured?”

MB: “OMG, has RAW finally concluded that an independent Nepal itself is threat to India?”

A smiley silence ensued eerily too long. I had more questions. Would India take over? Would the Chinese? Would they divvy us up? But, then, the gap between Goel’s teeth started expanding faster than my heart rate.
I woke up perspiring and petrified. A bad dream? Sure. But that doesn’t quite convey the haunting feeling that lingers on.
Source: nepalinetbook

When I Met The RAW Chief