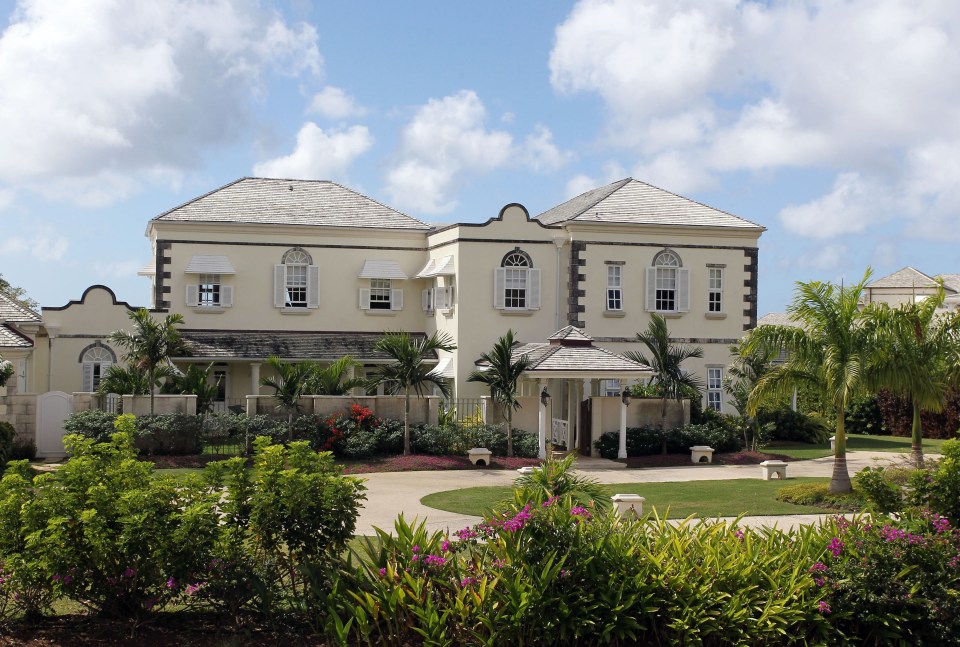 COLEEN Rooney and Rebekah Vardy have launched an all-out War Of The Wags as they prepare to lock horns in an epic £1million legal battle.

But before the “Wagatha Christie” case reaches a hearing later this year, both women know they will be judged in the court of public opinion.

The pair famously fell out in October when Coleen announced on Instagram that Rebekah was allegedly selling stories about her to the Press.

This may explain why Coleen, 34, and Rebekah, 38, both seem so eager to outdo each other on social media.

As well as their own lucrative careers, both can draw on the wealth of their husbands – Man Utd legend Wayne Rooney, 34, and Leicester striker Jamie Vardy, 33 – to up the stakes.

Here, we look at how they compare.

Coleen and Wayne’s new £20million home in Knutsford, Cheshire, has been dubbed the ‘Morrison’s Mansion’[/caption]

THE Rooneys’ new family home is still under construction in Knutsford, Cheshire, but it is already valued at a staggering £20million.

Coleen is believed to have wanted to move after there was an attempted burglary at their current £6million home in nearby Prestbury.

The country estate which neighbours have compared to a Morrisons supermarket, has six bedrooms and plenty of space for their sons Kai, ten, Klay, seven, Kit, four, and one-year-old Cass. It will feature two lakes, a cinema, swimming pool, wine cellar, snooker room and football pitch.

No word yet on whether Wayne’s plans for a reading library have been approved.

REBEKAH often posts pictures on social media of their brood from inside their sprawling ­Lincolnshire mansion, worth £3million.

With six children between them – Rebekah has Sofia, five, Finley, three, and eight-month-old Olivia Grace with Jamie, and Megan, 15, and ­Taylor, ten, from a previous relationship. Jamie is also dad to Ella, ten – so it is no surprise the ­Vardys’ home has eight bedrooms.

It also ­has a gym and a football pitch. While it would take a lot to compete with the Rooneys’ new ­mega-mansion, the ­Vardys have started work on a two-storey extension.

Well, Rebekah needs somewhere to store all those mirrors.

COLEEN and Wayne can nip abroad any time they like thanks to an enviable international property portfolio.

They splashed out on a £320,000 waterfront apartment in Florida, in 2007, for year-round sunshine and luxury restaurants on their doorstep.

Plus they boast a Barbados villa worth £5million, which has five bedrooms, an infinity pool and outside dining space.

The Rooneys are currently holidaying on the Caribbean island with their sons and Coleen’s parents.

She flaunted their hol this week, saying: “Having a great time on our favourite island, so lucky to be here.”

It sure beats lockdown.

Rebekah Vardy was pictured this week holidaying in Formentera, Spain[/caption]

NOT to be outdone on vacations, Rebekah, Jamie and their offspring are in the Med on a superyacht that costs £7,600 a day to hire.

Boasting a huge sun deck and a wood- panelled “state room”, it allows them to travel to any tropical destination that takes their fancy.

They were pictured on a beach in Formentera, Spain, this week, splashing around in the water and playing on the sand. The couple were also spotted leaving a nightclub in nearby Ibiza.

And the pair are never short of holidays.

They were in Dubai when the Wagatha Christie scandal broke, with Rebekah cutting short the ­family break to deal with the crisis.

WHEN it comes to cash, Wayne and Coleen are among the richest footballer/wag p­airings in the world – except for a certain Mr and Mrs ­Beckham, of course.

Wayne is estimated to have amassed an £82million ­fortune from his wages, ­properties and huge ­sponsorship deals.

Then there’s the £15million Coleen is worth thanks to endorsements, creating an exercise DVD and writing magazine ­columns and style books.

She was said to have been paid £3million just to front an ad campaign for supermarket Asda.

With all that cash, you’d expect Coleen to food shop at Harrods.

Rebekah Vardy was reportedly paid £100,000 for her stint on I’m A Celeb[/caption]

THE Vardys are not short of a bob or two, with an estimated worth of £10million, but that is small fry compared with the Rooneys.

Jamie hasn’t yet enjoyed the same lucrative career as Wayne, though there is still time – and Rebekah hasn’t managed to achieve the same wag status as Coleen.

That’s despite the fact that Rebekah has enjoyed some high-profile appearances on the box, including a controversial stint in the ­Australian jungle on I’m A Celeb in 2017.

She was the third campmate to be voted out after some people accused her of bullying a fellow ­contestant, DJ and comic Iain Lee.

Coleen admits keeping in shape does not come naturally[/caption]

THE couple have spent a lot of time and money on their image, with mixed results.

Wayne has had two hair transplants at an estimated cost of £30,000 a time.

And despite Coleen showing off her trim body in sizzling holiday swimwear, she admits ­keeping in shape does not come naturally.

She has said: “I’m ­naturally curvy and short and there’s nothing I can do to make my legs longer, so I have to work with what I’ve got. There are some people who are naturally slim, no ­matter what they eat, but it’s not like that for me. If I eat and eat, I put weight on.”

Wayne, meanwhile, won’t be rivalling David Beckham on the ­catwalk any time soon.

AS her Instagram account shows, Rebekah is also keen on keeping fit – but it is fair to say she’s naturally blessed with looks and physique.

A portfolio of steamy modelling photos shows how she managed to catch the eye of Jamie, who isn’t as follically challenged as Wayne.

Rebekah admits she’s dedicated to maintaining her appearance thanks to Botox and two breast enhancements.

After appearing on I’m A Celeb, for which she was reportedly paid £100k, she said: “New boobs on my Christmas list. I got them done eight years ago and want to get them done again as I’ve breast-fed two babies since.”

COLEEN has devoted herself to carving out a career as an expert on style, writing several books on the subject. But, like keeping herself in shape, it has not always come easily.

Despite having plenty of money to spend on designer clothes, she has committed a few ­fashion faux pas, including being seen out with labels and price tags still on her outfits.

Coleen was paid £2million in 2010 to be an ambassador for fashion giant Littlewoods, which hailed her the “perfect example of a stylish mother”.

But the mail order firm dropped her seven years later in favour of presenter and model Myleene Klass.

AS a former model, Rebekah knows how to work a red ­carpet and has always wowed onlookers with a string of sexy, brightly ­coloured dresses at glitzy events.

Unlike Wayne, whose stocky physique needs a little more help in the fashion department, Rebekah has managed to get Jamie looking stylish in sleek black suits when she is on his arm, ensuring the attention is always on her.

Despite this, Rebekah hasn’t managed to translate her sense of style into a big money-spinning brand and, unlike other vain sports stars, Jamie doesn’t seem interested in anything other than a career in football – at least for now.

BETWEEN her Twitter and Instagram accounts, Coleen has just over 2million ­followers. But that is nothing compared to Wayne’s online base.

He has more than 15million fans on Instagram and 17million on Twitter, and their online presence is an invaluable tool in waging a PR war.

Coleen has also become savvy at owning the inevitable trolling that comes with being in the limelight.

Only this week she added a refreshingly honest comment to shots of her on holiday in Barbados saying: “Seen some unflattering photos . . . but no, am not pregnant. I’ve just put weight on.”

With four kids already in tow, you can sense Wayne’s relief from here.

Most read in Bizarre

YOU'RE IN MY HOUSE

THE Vardys are completely eclipsed online. Despite Jamie being a ­Premier League icon, Coleen has around 75,000 more combined Twitter and ­Instagram followers.

And in contrast to calm and collected Coleen, ­Rebekah hasn’t always been able to keep her cool when handling trolls, which has been a weak spot in her battle over the Wagatha Christie case.

When some demanded she prove her innocence following the allegations, Rebekah hit back: “I don’t have to prove anything to d***s like you.”