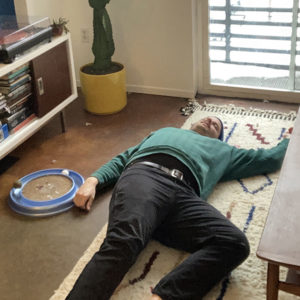 30-Year-Old Found Dead After Standing up Too Fast 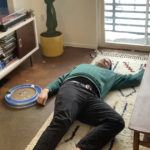 DENVER — Local man Matti Mukdam was found dead in his apartment last week, one day after his 30th birthday, as a result of standing up too fast, an autopsy confirms.

“I warned him about this. I told him he needs to learn to rock back and forth a few times before standing and make sure he’s bracing himself against the wall, or he could hurt himself,” said Mukdam’s boyfriend Ben Zugo. “Matti’s body was able to process unimaginable amounts of drugs and junk food back when we first started dating — we used to survive for weeks on end consuming nothing but cocaine and donuts. Then, suddenly, he turns 30, stands up, and his body basically explodes. I will always remember him as a vital young man, rather than a brittle, old tricenarian.”

Veteran paramedic Assaf Pegerim noted that incidents like these are all too common.

“This is the fifth call I’ve had this month regarding a young man dying like this. You think I’d be numb by now, but it never stops breaking your heart,“ said Pegerim. “Scientifically speaking, people in their 20s are pretty much invincible, but once you cross that threshold into your third decade you’re playing by a whole new set of rules. In your 20s, you can pretty much sustain yourself solely on gum you find stuck to the bottom of tables and, after eating your fill of table gum, stand up as fast as you please. In your 30s, though, it’s time to kiss that fast-standing lifestyle goodbye.”

Adam Kashish operates the Portland Retirement Castle, a retirement home catering to people in their 30s where the motto is, “Life doesn’t have to end with your 20s.”

“Sure, your lifestyle changes, but at our facility, changing your life doesn’t mean ending your life,“ ensures Kashish. “We take our residents on weekly trips to the skatepark — though they’re only allowed to watch, talk shit, and yell at kids to do a kickflip. Our cafeteria serves healthy versions of nostalgic food like Lunchables, astronaut ice cream, and Gushers. And every night we screen classic movies from the mid-90s. With our help, you can have a rich, fulfilling life all the way into your 40s!”

Mukdam’s friends are hoping to avoid his fate by turning 29 for a second time.

The post 30-Year-Old Found Dead After Standing up Too Fast appeared first on The Hard Times.

30-Year-Old Found Dead After Standing up Too Fast