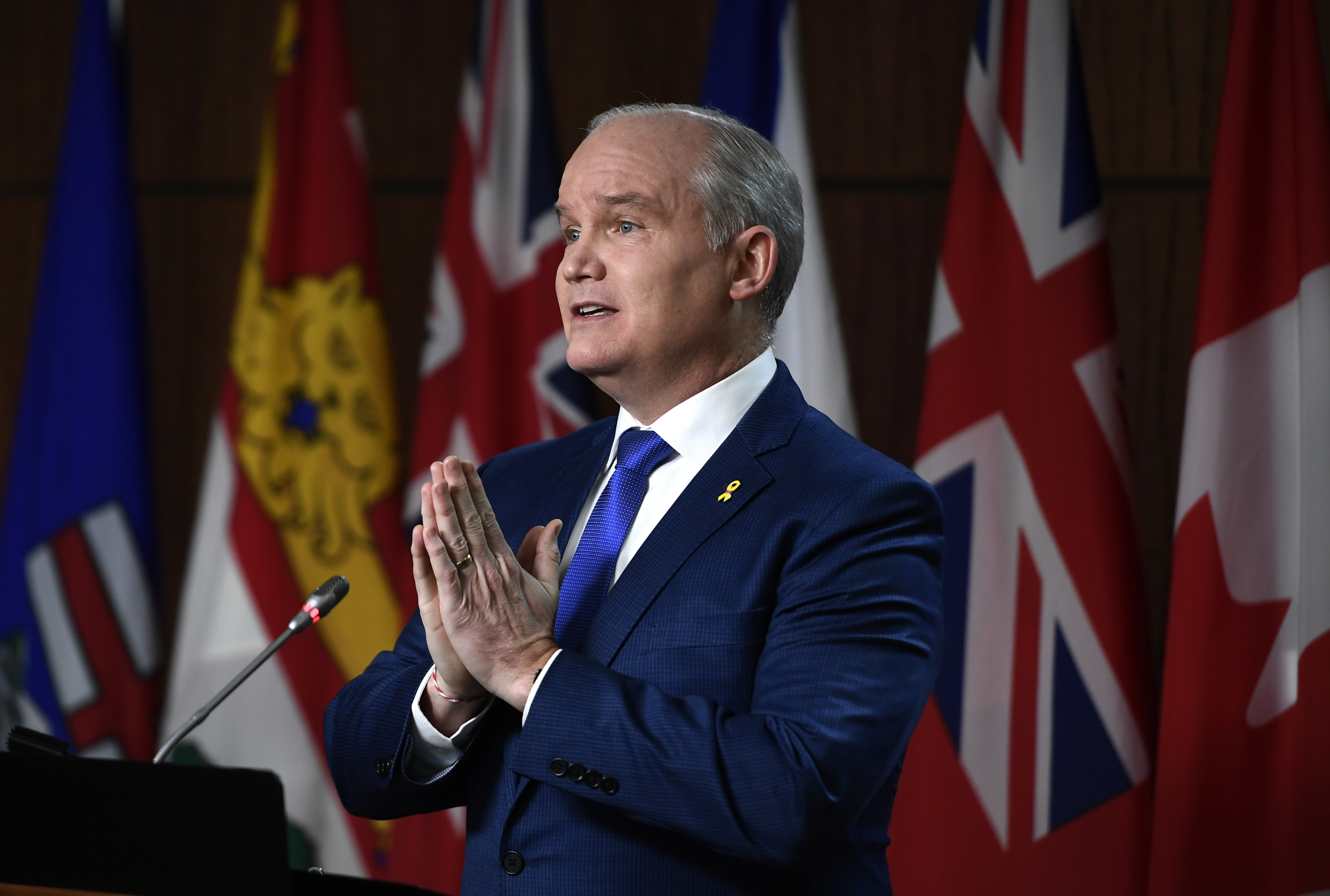 Erin O’Toole has been leader of the Conservative Party for close to 18 months now, and during his leadership the only time his favourability numbers showed any sign of improvement was the two-week span between the Prime Minister calling an election last August and the first televised leaders’ debate during the campaign. As I wrote before the holiday break, O’Toole’s numbers have increasingly eroded back to their pre-election levels since the Liberal victory last September, and polls fielded since the New Year have shown no sign of growth for the Conservative leader.

While the latest federal poll from Léger still shows a competitive horserace between the Liberals (34 per cent) and Conservatives (31 per cent), numbers mostly unchanged from those before the holiday break, it was once again O’Toole’s personal numbers that stood out of the survey. To the question: “In your opinion, which federal party leader would make the best Prime Minister of Canada?”, the CPC leader ranked third with only 16 per cent, behind both the Prime Minister (25 per cent) and NDP leader Jagmeet Singh (19 per cent).

For O’Toole, the regional breakdown is even bleaker than the national numbers (see graph below). In Canada’s two most populous provinces, O’Toole (himself an Ontario MP) trails the Prime Minister by double digits. In Quebec, where the NDP won a meagre 9.8 per cent of the popular vote last September and holds a single seat, O’Toole (13 per cent) is tied with Jagmeet Singh (12 per cent). In Ontario, the province through which goes any realistic path to a CPC victory, O’Toole stands as a distant third with 13 per cent—15 points behind Trudeau and 10 points behind Singh.

Whereas O’Toole unsurprisingly leads the field in Alberta, it is by no means the dominance one would expect from a CPC leader: O’Toole is the choice of 26 per cent of Alberta respondents, followed by Trudeau with 20 per cent, and Singh with 14 per cent.

In British Columbia, Singh (22 per cent) and Trudeau (21 per cent) are tied for the lead, while O’Toole takes third place with 16 per cent.

Even among his own party’s supporters, O’Toole scores lukewarm approval numbers at best. Whereas Singh is the preferred choice of 78 per cent of NDP voters, and Trudeau of 74 per cent of Liberal voters, only 58 per cent of Conservative voters see O’Toole as the best candidate for PM:

Similar numbers were released last week by the Angus Reid Institute (see poll report here). Both Trudeau and Singh score north of 85 per cent approval from their own voters, but O’Toole is perceived favourably by fewer than two-thirds of CPC voters. Among voters of other parties, O’Toole is perceived favourably by a meagre 8 per cent of Liberals and 7 per cent of NDP voters. As for Maxime Bernier’s PPC voters, only 26 per cent view O’Toole’s favourably.

So the available data could hardly be clearer: There is simply little to no room to grow for O’Toole among non-CPC voters, which may partly explain why O’Toole has looked and sounded like he’s running for the CPC leadership again of late, and not like the leader of a government in waiting.

Obviously, we cannot ignore the elephant in the room: All these numbers predate this weekend’s hectic events in Ottawa, so it will be fascinating to see whether they move the needle at all for O’Toole and the CPC in the coming days. Several CPC MPs have openly come out in favour of the convoy and its core message as it travelled west towards Ottawa last week, even though the links between some organizers and extremist organizations had been thoroughly documented (see the work of journalist Justin Ling, among others). O’Toole himself met with a number of truckers on Friday, but on Saturday night tweeted to condemn the actions of those who, among many things, desecrated the War Memorial:

Today, I met with truckers heading to Ottawa. Truckers are our neighbours, our family, and most importantly, they are our fellow Canadians. 1/2 pic.twitter.com/Hl8ULjef5m

How will CPC MPs respond to this weekend’s events as the convoys leaves the nation’s capital next week? And how will voters react to the fallout of these protests? The next round polling should be quite interesting to say the least.

Perhaps Erin O’Toole’s poor numbers do not tell the whole story. Perhaps it is a toxic minority trying to take over the CPC that is sinking O’Toole in public opinion and hindering any efforts to grow the party, not the other way around. Perhaps the true division decried by politicians right now lies not with the average Canadian voter, but within the Canadian conservative movement itself. We have seen a similar script unfold in the United States (a mainstream right-of-centre party being taken over by post-truth populists). It ultimately led to the January 6 insurrection in Washington.