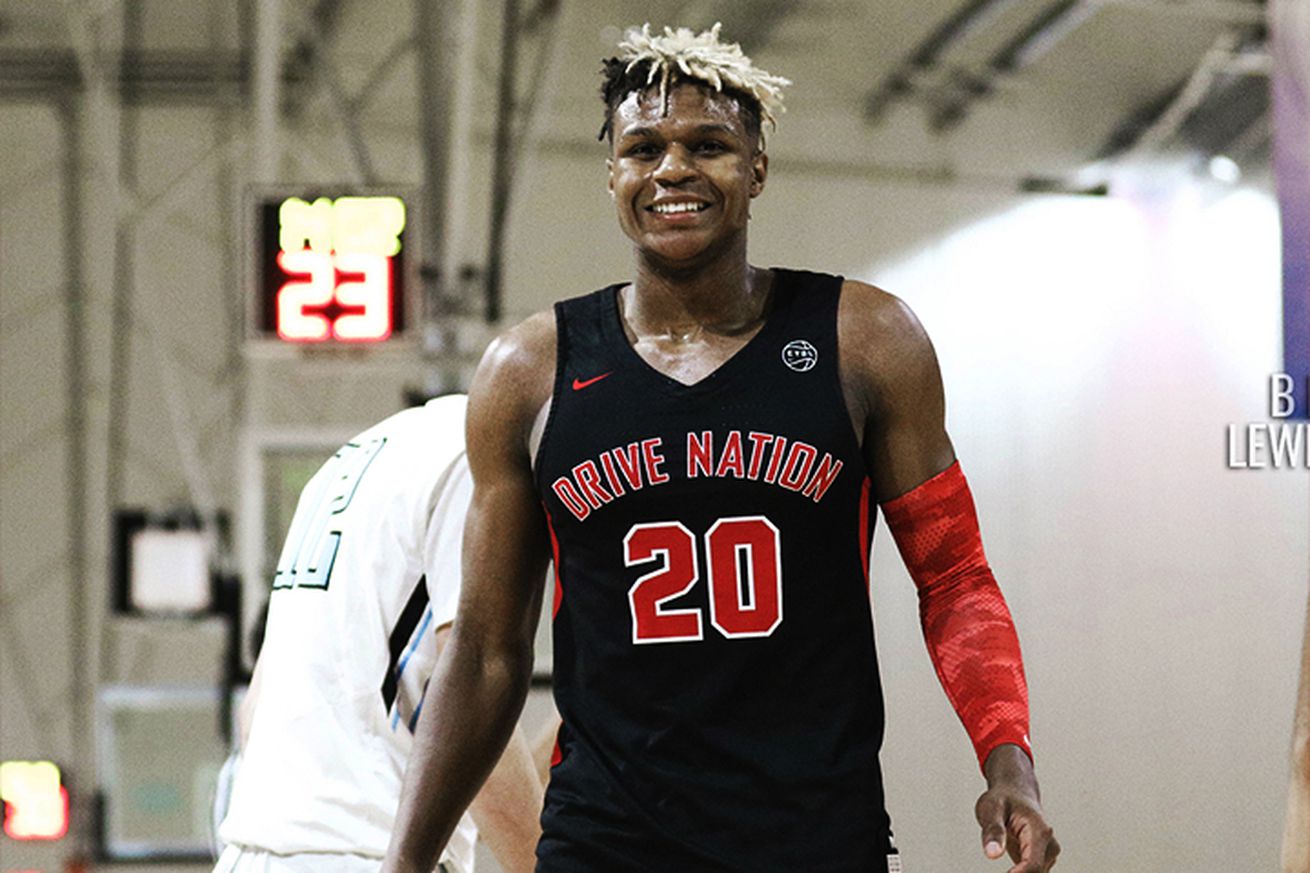 Antonio Losada brings you three high school ballers calling for your attention. In this Volume he takes a look at two members of the 2020 class and a Texas Tech commit poised to join the Red Raiders next fall.

They say appearances can be deceiving. I’m not going to put in doubt such popular knowledge. I’m not here for that kind of thing. Thing is, Jahmi’us Ramsey isn’t either. The first thing I thought of when I saw Ramsey for the first time was something akin to “well this looks like a tough kid.” I wasn’t wrong. Ramsey has seen and done enough already that he can easily be considered a man among boys. A native of Mansfield, Texas, he started his HS career at IMG Academy, then transferred to the famous Virginia factory of Oak Hill and by the end of September, he moved again to play his final prep season at Mansfield (TX) Duncanville. No wonder Texas Tech ended being his college of choice, given the path he followed during the early days getting closer and closer to the Red Raiders headquarters each time.

Considered a starlet coming out of Texas, Ramsey comes as a 6-foot-5, 195-pounder and has the perfect size to cover any of the classic out-positions from leading guard to shooting-forward if needed. He’s already shown scoring prowess at every court he’s stepped in, has the determination to attack the rim fiercely, got them flashy dunking skills and possesses the ability to handle the ball and find teammates in the open court when assigned point-guard duties. Playing for Drive Nation on the Nike EYBL circuit this past summer he was able to average 15.6 points per game shooting 48.1 percent from the three-point line, and also logged 3.3 boards and 2.9 dimes per. Although he was a little prone to turn the ball over on the offensive end, he made up for it on defense quite nicely. Given his size and style, he projects as a scorer more than anything if he can polish his game a little, although he can turn into a do-it-all kind of player as he has the tools to both drive the game and also to wait for others to hand him the rock and see him perform the execution.

There is not a better word to describe RJ Hampton than “fly.” The kid’s fly. The kid can fly. Only once, almost half a year ago, was Hampton ranked out of the Top 10 among 2020 prospects. The Little Elm (TX) HS prospect now ranks No. 5 and let’s not discard a potential rise further in the upcoming months if he keeps balling as he has lately. Just a few days ago Overtime hung a billboard in Charlotte for the NBA All-Star festivities featuring ten high school players. Third from the left? RJ. Not that important, yeah, but I guess it tells something about him. Just a few days ago, Hampton led Little Elm to its first playoff win of the season dropping 30 points, 11 rebounds and four assists against Grapevine. Don’t think that game was an outlier, though. The five-star prospect from Dallas, TX, holds averages of 32 ppg, nine rpg, and six Algerians for the LE Lobos this season.

Another multi-guard, he excels at the shooting position. A couple of weeks ago Hampton trimmed down his list of potential college destinations to five, and blue bloods such as Kansas, Kentucky, and Duke surely made the cut. The thought is that he will wait and see how rosters shape before making his own decision (remember, he’s part of the 2020 class so there is still plenty of time for him to choose a place), but he most definitely won’t need to pick this or that college depending on the surrounding pieces. Why? He can do it all by himself. As the go-to player for Little Elm he’s tasked with carrying the offense on most plays even though he’s not a natural point guard. His vision just overcomes the potential downsides. He can go coast to coast. He moves smoothly, anticipates cuts, attacks the rim, shares the ball, finds partners at blind spots and has the ability to score from all three levels on the floor. And don’t think he doesn’t give a damn about his D, because that is not the case at all. At 6-4 and 170 pounds, rare is the time you don’t see him looking for the defensive board to launch the offensive transition by himself or putting suffocating pressure on the opposition trying to prevent scoring chances. And don’t make me talk about the pursuit-blocks from the back he brings to the table game in and game out. So if there is a thing to do with Hampton, it is just let him fly.

While there is not a top-tier prospect coming out of Michigan next year, there are a few guys making some noise around the Top 100 best prospects in the nation. Insert Carlos Johnson. It is not a lock, but he can be one of the next great Wolverines. Scooby, as he’s known around Benton Harbor, put on a show against Michigan’s No. 1 team this week by hanging 21 points and recovering seven rebounds while dishing six assists in the matchup. He already has a pro-ready body coming in at 6-foot-6 and 210 pounds and won’t have a problem at the next level of the game once he reaches it by the fall of 2020 when he completes his senior season at high school. Not that he needs another year to get the chip though, as he already is a defending champ with Benton Harbor HS after winning the state championship last year as a sophomore. Oh, and not only did he win it, he actually scored the game-clinching three-pointer in the overtime thriller with just 12 seconds left on the clock. Talk about a bucket.

What back in the day were just a bunch of midmajor scouts in place has turned into a barrage of heavyweights coming to see the kid in person, games and even practices included. The Tigers need to go 7-0 to keep the trophy in Benton Harbor. Not that it comes as a problem for Johnson. The swingman is averaging 26 points and 13 rebounds per game as a junior and is all upside, already having posted a game-high of 39 points in a match against Saginaw in which he was able to drop 20 in a quarter including four treys. A Mr. Basketball award could be en-route to Benton Harbor indeed. Johnson displays a tremendous outside scoring ability for a guy of his size, which is pretty much in line with what the game demands from players today. He’s also a very capable defender and gives the necessary effort on the back side of the court. He’s got good pace and doesn’t have any problem changing directions in a hurry to leave defenders in the dust, getting inside the paint frequently with ease to end at the rim or finding someone with a pass while already on the jump. All of this while keeping a low-key, humble approach to the game. You won’t see Johnson boasting after a three. You won’t see him bragging after jamming one through the hoop. But he definitely has earned every right to do it already, and what is yet to come.