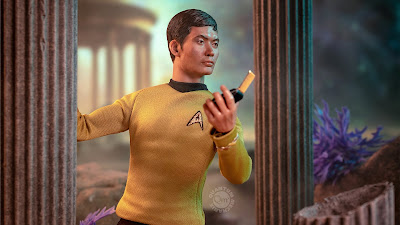 QMx have put up a listing for the next Star Trek character in their 1:6 scale action figure range, Sulu.

Like previous figures in the range, Sulu features a very like-like face, fabric uniform, and an assortment of accessories; a phaser pistol, communicator, and tricorder, plus hands to hold them all, and alternate fisted and neutral hands too.

QMx have released a whole bunch of images to show off the figure, including some delightfully exotic landing party scenery. Continue below to check it out: 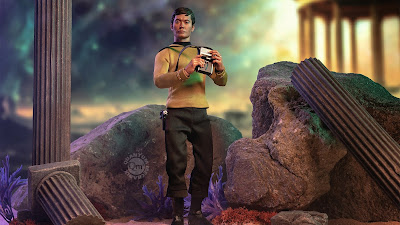 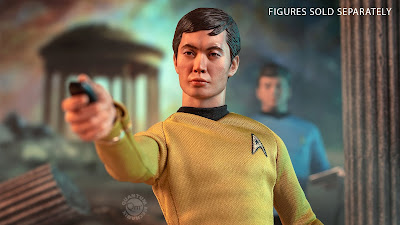 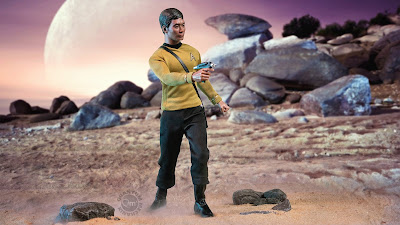 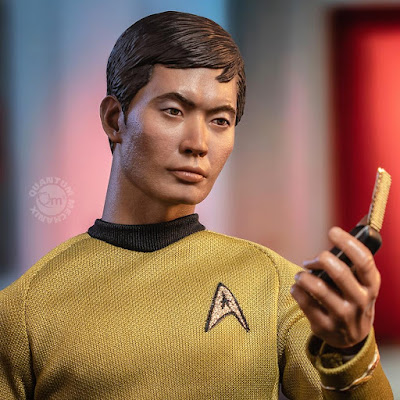 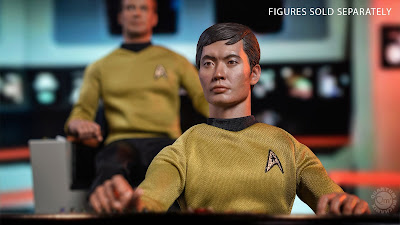 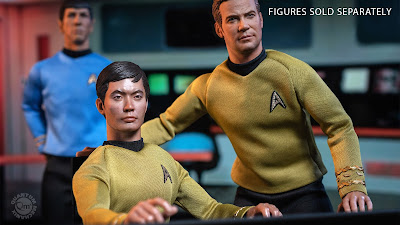 In addition to what you can see above, the figure will also come with a Star Trek display base.

Pre-orders are not active yet, but you can sign up to a waiting list, and if you want one you probably should, as the previous figure in the series, Scotty, only went live a week or so ago and has sold out already!

For a look at the rest of the series so far, see my Trek Collective List.