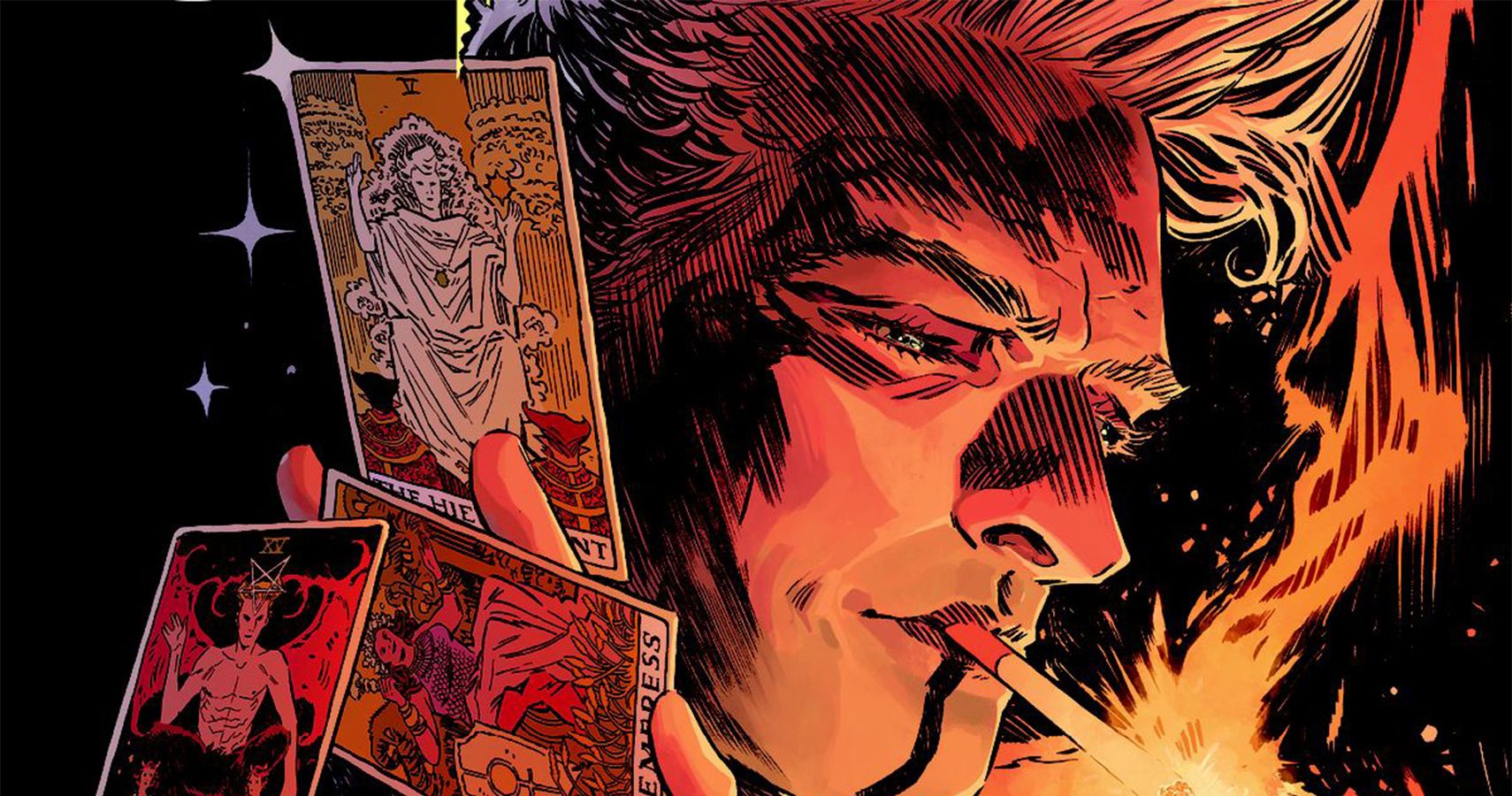 Hellblazer: John Constantine’s 10 Deadliest Enemies (Who Were Only Human)

John Constantine is not a nice guy. He is a grifter, liar, and nihilistic magus who chain-smokes and binge-drinks his way from one black magic conspiracy to the next. He definitely does heroic things to help others—exorcising demons and outsmarting immortal evils—but he gets quite a number of his friends killed along the way (and does far worse to his enemies). He knows about the secrets of the occult, but he is connected to people of every part of society.

While Constantine faces all sorts of supernatural threats, many of the English occultist's worst enemies are human beings. These might be violent criminals, powerful organizations, or other magic users. But whoever they are, these people are just as monstrous as any hellspawn that Constantine has ever faced.

Papa Midnite was introduced in the very first story of the Hellblazer ongoing series. He is a powerful figure and crime boss in New York who uses his magic to enforce his will.

With all of his power, he is immortal and was actually was born in the 18th Century, surviving the horrors of the transatlantic slave trade. While he is not reckless in the death he spreads, he is also far from merciful.

One of the most memorable villains from Jamie Delano’s run of Hellblazer is the Family Man, a serial killer who John Constantine met by chance through his friend Jerry O’Flynn. Known for being able to procure anything someone wanted, O’Flynn dealt in everything from drugs to rare magic items. He also helped a fan of serial killers to acquire items directly from the Family Man’s fresh kills, working with the serial killer to obtain them.

RELATED: John Constantine: 10 Times He Tried To Do The Right Thing (& Failed)

After O’Flynn’s disappearance, Constantine stayed in his friend’s house where he met the Family Man (an old retired cop). The serial killer murdered Constantine’s father, then came after him, only to be shot dead—the first person Constantine ever killed.

Just how deadly the British Royal Family actually is in the modern age is up for debate, and people can cite conspiracy theories as much as they can cite actual facts. But there is a long history of the Royals oppressing and subjugating people, and no one would deny they still are very influential.

When Prince Charles (who is never technically named) is possessed by a demon and begins to murder and eat people, Constantine is called in to help exorcise the demon. He manages this, but before doing so, he tricks Prince Harry into snorting the ashes of a dead relative, then punches Harry out a little later.

The US prison industrial complex is one of the most horrifying places in the real world, which is what makes it such a compelling setting for horror stories. When Constantine is sent to prison in the “Hard Time” story, he encounters just about the worst real-world monster that can be found behind bars.

Each of the prison gangs goes after him, one by one, and he uses magic to defeat each gang. Eventually, Constantine is taken in by Mr. Stark, a criminal serving a life sentence who now runs the prison from within—a man feared and respected by everyone else in the joint. When a prison guard abuses Constantine, Stark murders the guard and another convict, then frames Constantine.

It is not controversial to say that Nazis are scum. Their entire ideology is built on genocide, pseudoscience, a misunderstanding of history, and pride in the color of their skin (as though that were the sum of human achievement). Charlie Patterson is the guy London’s Nazis answer to. A short self-important man with a small mind and a big temper, Patterson is part of England’s upper crust of society.

When Constantine offends his sensibilities, Patterson tries to have Constantine and his girlfriend Kit both killed and succeeds in killing one of the occultist’s friends. With an army of skinheads serving him, he is a truly dangerous man.

When does a person stop being a human being? This question has plagued philosophers for ages. The DC villain Felix Faust is technically human, or at least he was born as an ordinary human being. With his power sorcery, he has now lived for millennia. That said, he is still technically just a wizard.

As a powerful magic user, Faust has nearly ended the world and has summoned or made pacts with supernatural horrors, unleashing widespread death on the world. Constantine has been among those who opposed him, and somehow, the Englishman survived.

The Resurrection Crusade is a church that runs a pyramid scheme and preys on its members' vulnerabilities. They also engage in kidnappings and send their members out to commit crimes on occasion., though these are very much the exception to their usual behavior. What makes the Resurrection Crusade so dangerous is that they get every member in their church to pray for something at the same time, resulting in a magical ritual that can manifest the prayers.

In one particularly noteworthy case, a small town in the American Midwest prayed for their boys to come home from Vietnam, many years after these boys went missing. The young men who served in the Vietnam War were transported to their home town, but they did not realize it, and they inflicted the war crimes onto their loved ones that they had inflicted onto the civilians of the country they invaded, spreading death as they tortured their own families and ultimately wiped the town off the map.

The mob boss Terry Greaves is notoriously violent. He is also notoriously overprotective of his daughter, Epiphany—a woman who Constantine takes an interest in.

In the end, John and Epiphany marry, which causes Greaves no shortage of fury, but which also prevents him from unleashing his full fury on the English occultist. That said, there is no shortage of skeletons in Greaves’s closet…or corpses buried in his backyard.

Constantine is a twin whose brother died in the womb. Known as the Golden Child (or Golden Boy, in some instances), the twin was every bit as powerful a magician as Constantine and manifested in another reality.

His twin magus goes out of his way to torment Constantine, using magic to inflict suffering. He even gives John cancer, which is a demonstration of power that is terrifying to contemplate.

As powerful organizations go, few are as far-reaching as the Freemasons. Most members are just average guys who enjoy a social club that helps them network (and it is always guys). That said, upper-level members frequently occupy some of the most influential positions in business and politics.

In the story “The Fear Machine,” a group of Freemasons tries to end the world, using the leylines of England and performing violent murderous rituals. With militarized jackboot police doing their bidding as their own private army, these are some of Constantine’s most dangerous foes.

NEXT: 5 Times John Constantine Was A Hero (& 5 Times He Was Worse Than A Villain)

Hellblazer: John Constantine’s 10 Deadliest Enemies (Who Were Only Human)