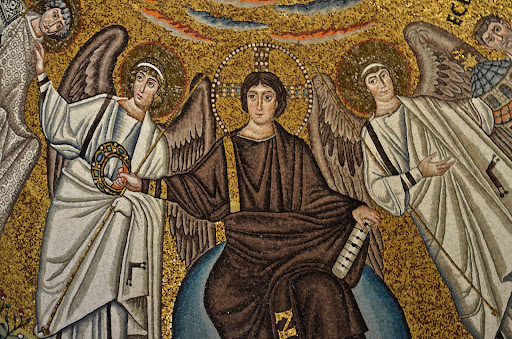 A king and a kingdom 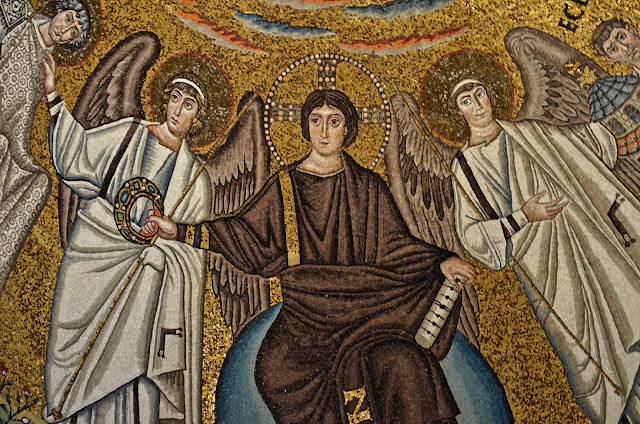 When Jesus stands up in front of Pilate to be questioned after his arrest and appearance before the religious authorities, the first thing that Pilate asks him is if he is a king. One imagines Pilate to be concerned about this because if Jesus thinks he is a king, then he may be a threat to Pilate’s power and place. Thus the initial question.

Jesus answers with a question of his own, as he often does, and then a little bit of an explanation. Jesus has a kingdom but it is not based in worldly ambition and power, which may be a dig at Pilate whose kingdom certainly is based in worldly ambition and power. Jesus’s kingdom, if that’s what you want to call it, is rooted in the truth of God’s holy desire and plan to redeem humanity through Jesus, God’s son, who God has sent to earth to reveal God to humans. A further difference is mentioned as well - that unlike Pilate who has subjects, Jesus has followers.

This doesn’t exactly mollify Pilate, though. Jesus may be describing a kingdom that is very different from Pilate’s kingdom, but the question for Pilate remains: Is Jesus a king?

We don’t hear it in today’s reading, but the next thing Pilate says to Jesus is: “Truth? And what is that?”

So Jesus the good shepherd, who has followers who listen to his voice, and who like the good shepherd is willing to sacrifice his own life for his sheep, stands before Pilate, who has subjects that he will willingly sacrifice to keep himself in a position of power. Pilate does not recognize the truth that is standing before him but remains fixed on the question, are you a king? Are you my rival? Will I need to destroy you? The truth for him, the truth he is interested in, is what theologian Miroslov Volf calls “the truth of power.”

Pilate will go on to humiliate Jesus and to humiliate the Jewish people who are gathered around the spectacle of trial and execution. Pilate only wishes to exercise his power, to show the people not to cross him because he will use his power to crush them. He is not able to see the power in the truth of Jesus. Jesus has already told his followers - who are not his subjects - that he has the power to lay down his life for them because he knows that God will give him the power to take his life back up again. Jesus knows that Pilate cannot crush the truth and that death is not the end. It’s a whole ‘nother kind of power that Jesus wields.

And further, Jesus is not interested in the whole king thing anyway but rather the part about the kingdom. After all, as the “king of the Jews” Jesus will be enthroned on the cross and lifted up for all and sundry to see. The kingdom, though, is about those who have heard the truth through Jesus and have decided to follow him and put themselves under his care. They recognize him not so much as a king but as a shepherd, the good shepherd, and they are the ones who listen to his voice. They are the ones he calls by name. There is a knowing and being known in this kingdom that does not exist in Pilate’s world. God’s kingdom is about salvation, about life, even in the midst of a world that mostly deals in death.

So in light of all this, how are we to live? This is always the question when we hear the truth of the Gospel. What does it mean to be followers of Jesus in a world that is preoccupied with power and position and winning? What does it mean to be followers instead of subjects? To be loved instead of despised? To experience life instead of scorn and humiliation? How do we stand before the Pilates of our world not in order to overcome them, not in order to gain power but in order to witness to God’s truth that God’s kingdom is about love and redemption?

This question, how do we live, is not something we can answer in just a few minutes. It’s something we discern over time by opening ourselves to God to listen for the Spirit to lead us in to truth. Next week we begin the season of Advent, that time of holy anticipation and preparation that is in itself profoundly countercultural, something we do while the rest of the world is decorating and buying presents and listening to songs about Holly Jollies and Santa Babies. And while there’s nothing wrong with all of those things, I do them, too, they are part of the preparation for an external event that is a mere shadow of the cosmic event that is the inbreaking of the holy divine into flawed humanity in order to redeem us.

You will notice, I hope, in the coming weeks that we are going to try to get quieter and go deeper during this season in our worship, finding some places for silence and listening for the Spirit to speak to us. We will experience worship a little differently with more music in new ways, including singing some prayers, with the hope that new ways will open new pathways for us to cultivate a deeper spiritual life.

A king and a kingdom