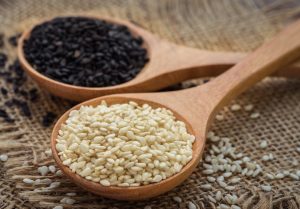 The study, from pediatrician Dr. Ruchi Gupta and her team at Northwestern University, was presented at the American Academy of Allergy, Asthma & Immunology (AAAAI) meeting in San Francisco on February 23.

The team collected data through a national survey from 78,853 children and adults between 2015 and 2016. They also found that among those with a sesame allergy, 38 percent had experienced at least one severe allergic reaction and 67 percent had been to the emergency room department at least once in their life for food allergy treatment.

“This study is the most comprehensive study to date on sesame allergy,” lead author Christopher Warren, PhD, told Allergic Living. Plus, the survey group was divided almost equally between children and adults, giving a full picture within the population. The highest rate of sesame allergy  was found among participants who were 18- to 29-years-old.

“With evidence mounting that sesame allergy is on the rise, and can result in severe reactions, we are hopeful that the FDA will take these data into account as they determine whether or not to add sesame to their list of major food allergens,” Gupta said earlier in a press release. 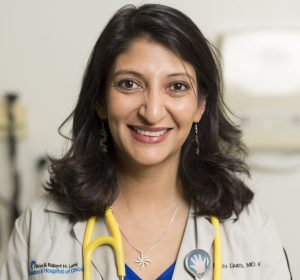 In October, the FDA launched a formal process that could lead to sesame becoming the ninth top allergen in the United States. If the status is approved, sesame would be one of the foods that by law must be clearly labeled on food packages.

Currently, manufacturers may list sesame under unfamiliar names such as tahini or benne.

“Consumers must carefully read food labels. Sesame isn’t always listed, and may appear on food labels as other names, or even vague descriptions such as ‘natural flavoring’,” noted Warren.

The rate of sesame allergy is now on par with a number of allergens such as soy and pistachio. Gupta, a professor of pediatrics at Northwestern, told a press conference that rigorous criteria were used for determining those who were included in the study. She said the .2 percent finding was for “very convincing” sesame allergy.

The food allergy community, led by non-profit organizations such as the Asthma and Allergy Foundation of America and FARE, has lobbied to get sesame included as a top allergen for clear ingredient labeling for years.

FDA Commissioner Scott Gottlieb told Allergic Living in October 2018 that he had a lot of discussion with senators on Capitol Hill, and has reviewed citizens’ petitions and studies, which demonstrate how problematic the lack of sesame labeling on packaged foods can be for those with the allergy. “All of that input is in part what prompted us to start this process,” he said.

The tiny seed is already on the priority allergen lists in Canada, Europe and Australia.

With files from Gwen Smith.