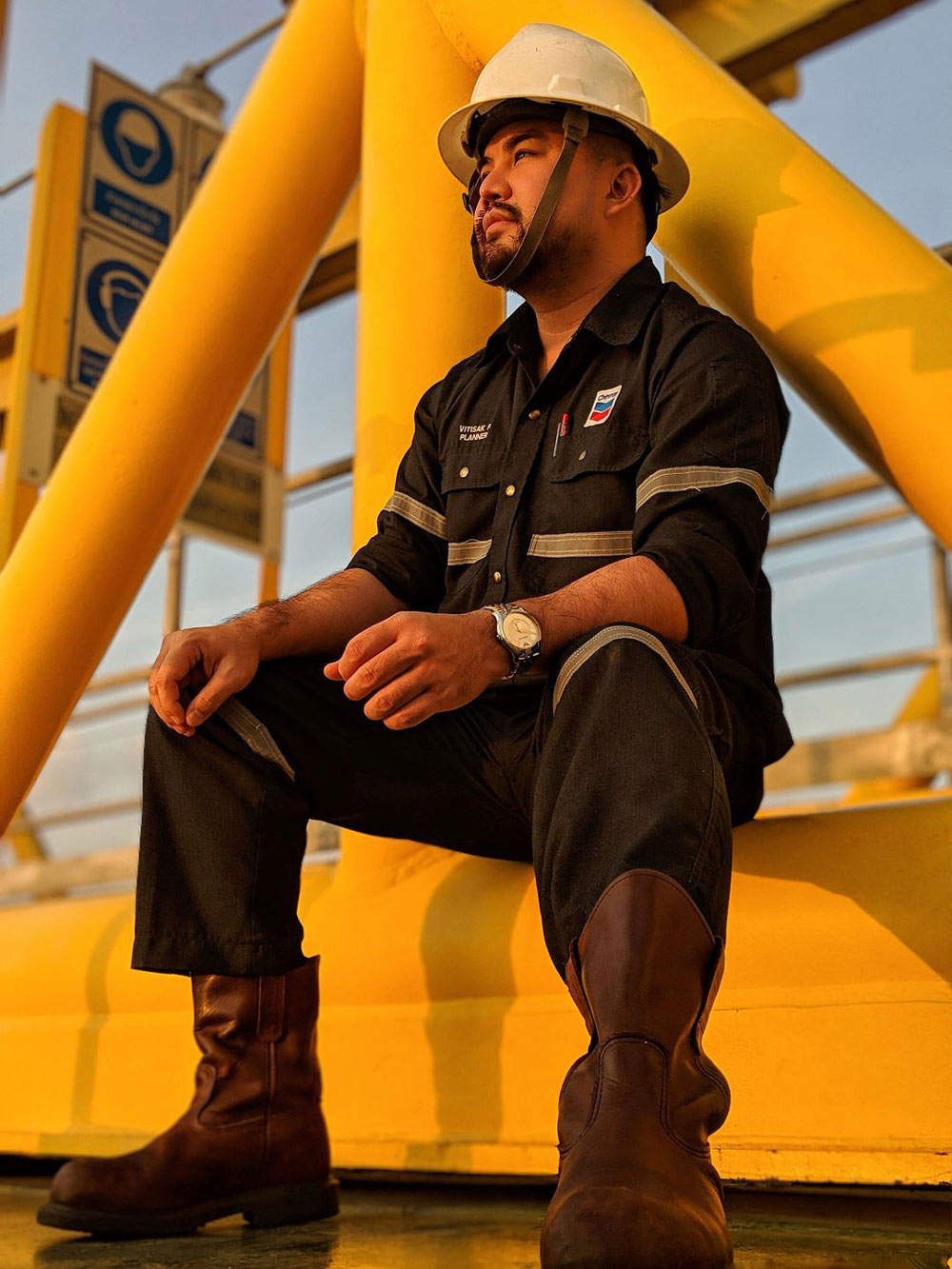 Vitisak Payalaw is an offshore planner at Chevron. He works on an oil rig out in the Gulf of Thailand.

It’s not the type of place you’d expect to see a stray dog. Yet, that is exactly where Payalaw discovered one. The dog swam right up to the oil rig platform and clung to the structure.

“Payalaw said he and three members of his team spent 15 minutes working to secure the dog with a rope and pull him up to safety,” NPR reports. “They were racing against time, he said, because the seas were becoming rougher.”

The dog was exhausted when he was first pulled up to safety, “especially on his eyes,” Payalaw said. Oil rig workers gave the dog some water and meat and found a comfortable spot for him to spend a few days.

The dog was named “Boonrod,” which means, “he has done good karma and that helps him to survive,” Payalaw said.

On mainland Thailand, Boonrod was treated by a veterinarian working with Watchdog Thailand. According to The Associated Press, the dog was “in good shape.”

Payalaw has since adopted the dog, and the pair are inseperable.

The Bangkok Post reported that the dog may have “fallen from a fishing trawler.” The dog’s origin story is a mystery we may never solve, but it’s clear from Payalaw’s photos on Facebook that Boonrod is growing stronger with every passing day.

It’s also clear he has a loving human to keep him company.

see more of Boonrod in the video below.

The post Stray Dog Swims Up To An Oil Rig 135 Miles Off The Coast Of Thailand appeared first on The Animal Rescue Site News.