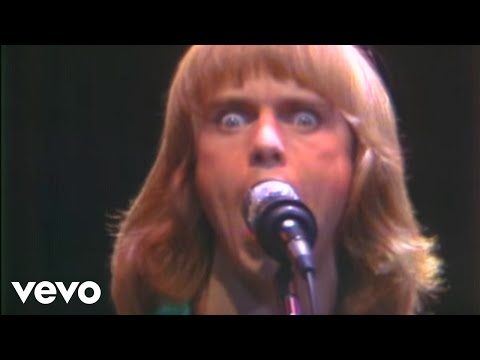 Is it Time to Use Your First Half FPL Wildcard Chip? When you play your chip, be classy about it, like Gabriel Macht of the TV show Suits. | Photo by: Ian Watson/USA Network/NBCU Photo Bank via Getty Images

The international week beckons for you to blow up your fantasy teams. Should you do so, or is restraint in order?

A whopping 429,973 FPL managers played their wildcard chips for Week 4. That doesn’t even count the itchy trigger fingers that couldn’t resist doing so in Week 2 and Week 3. And now with a two week gap ahead of Week 5, the rest of us who are still contemplating things are most definitely cursed with... too much (clap clap) time on our hands.

As we know, having all of this time to ponder a situation can often lead to a decision to go ahead and use your wildcard. Should you?

REASONS TO USE THE WILDCARD CHIP

A large percentage of fantasy managers grabbed goalkeeper Alisson to start the season, but he was injured in the opener, and most dropped him with their first free transfer in Week 2. Anthony Martial was a popular addition early in the season following a good start, but he has missed time through injury. Did you add Martial in Week 2 but drop him shortly thereafter following his injury, costing you two of your four free transfers so far (one each from Week 2-5)?

Otherwise, favorites such as Michail Antonio, Ryan Bertrand, Troy Deeney, Johann Berg Gudmundsson, Americ Laporte, Pedro, Nathan Redmond, Matt Ritchie, John Stones and Kyle Walker-Peters have hit the trainers’ table. How many of those are or were in your fantasy side?

Wolves’ defender Wily Boly and Aston Villa midfielder Trezeguey each received a red card in Week 4 and will miss two EPL fixtures on suspension. Are you looking to ship either of those out? Following an incident late last season, Tottenham’s Son Heung-Min was suspended for the first two games. Have you been planning to add Son, but see a slew of other pressing changes you need to make first?

Javier “Chicharito” Hernandez, Nacho Montreal, and Henrikh Mkhitaryan are were among the names who have left the Premiership for teams in other leagues (many on loan for the season) following Week 4. Have you been blindsided by any such exits?

After a brilliant two-assist performance in Week 2, many fantasy managers added Arsenal’s Dani Ceballos. In Week 4, Ceballos didn’t start, as Unai Emery instead went with a three striker line-up. Meanwhile, after Paul Pogba and Marcus Rashford each missed a penalty for Manchester United, it’s unclear which one — if either — will retain the duty. (In another possibility, both could continue to alternate.) Are any of the players you viewed as strong parts of your XI suffering from altered expectations now?

Several stars have hit the ground alright but are not exactly running this season, unless it’s in quicksand. Arsenal’s David Luiz has yet to secure a clean sheet or contribute on offense. Luka Milivojevic and Wilfried Zaha both have done nothing in the way of goals or assists for Crystal Palace, and it’s likewise for Ilkay Gundogan in the powerful Manchester City offense, Southampton’s James Ward-Prowse, Watford’s Gerard Deulofeu, and others. Are you stuck with a number of those poor performers, and unconvinced they can get going?

Three players — Marcos Alonso, Michy Bathuayi, and Ayoze Perez — have seen their prices drop by £0.3m already. 49 more have fallen by £0.2m, including several (e.g. Ryan Fraser, Diogo Jota, Gylfi Sigurdsson, Bernardo Silva and Callum Wilson) who were fairly popular in season-opening teams. Are you are still holding onto multiple players in that realm? Worried that their prices are going to keep sliding?

We’ve already seen Teemu Pukki’s value skyrocket from £6.5m up to £7.0m as his selection has risen to a pretty insane level of 38.5%. Otherwise, Mason Mount has risen from £6.0m up to £6.4m, and three players — Kevin de Bruyne, Todd Cantwell, and Raheem Sterling — have jumped by £0.3m. Five players — Tammy Abraham, Ashley Barnes, Dani Ceballos, John Lundstram, and Anthony Martial — have ticked up by £0.2m. If you don’t have a slew of those players, panic can set in that their values will only keep rising before you can add them.

HOW MANY -4 POINT HITS WOULD IT TAKE TO GET TO YOUR PERFECT TEAM?

If you are hobbled by enough of the above situations, getting to what you view as the ideal team without the wildcard may not just take a -4 hit for one move more than the free transfer(s) allotment you have available. Maybe it would require a dent of -8, -12, or even -16 points. As much as I hate taking points hits on principal, there are exceptions where it makes sense. Up to -4 or even -8, I can stomach. But if you’re seriously considering a -12 or -16 hit, you may want to go ahead and use the wildcard.

WHAT POSITION YOU STAND IN YOUR LEAGUE(S)

Are you looking up from the bottom in your mini-league(s), and pained at where you stand in the worldwide ranks? Has your position been getting worse week-to-week rather than better?

REASONS TO HOLD ONTO THE WILDCARD CHIP FOR LATER USE

WHERE WE ARE IN THE SEASON

It has been four weeks, and that may seem like a long time, but it’s barely over 10% of the season. It’s still early. There’s almost 90% left to go!

OPPORTUNITY IS ALWAYS IN FLUX

There is no such thing as the perfect team, at least not a set one. What seems optimal one week will likely change a bit the next. In two or three or four weeks, the essential side may be completely different. The season is a fickle beast. Players’ fitness, form, and roles take twists and turns, rather than trucking along in a straight line.

Just think of Jamie Vardy and Raul Jimenez: neither star attacker scored in the first two weeks, and surely many fantasy managers thought of dropping them, or actually pulled the trigger and said goodbye. What happened in Weeks 3 & 4? Each scored in both games, naturally, as Vardy now ranks 4th in scoring at the forward position. Meanwhile, if you rushed to add Teemu Pukki or Ashley Barnes following three straight weeks of goal-scoring brilliance, they showed that they were merely human, subsequently failing to crack the net in Week 4.

You have the entire first half of the season to use your wildcard chip. If you use it now, chances are that you’ll regret not having it in your pocket later if (and usually when) you are suddenly faced with an even worse situation in your team.

Before the season, you surely put a lot of thought into your final Week 1 team, talking to friends, watching commentary, reading blog posts, agonizing draft after draft to come up with your optimal team, didn’t you? Is it really time to panic now, or do you think that you should give your players a chance to find form? (Not all of them, of course, but at least some of them.)

For those of us who are veterans of the game, we can learn from (often painful) personal experience. Two seasons ago, I got off to a horrible start. When the international break came after three weeks, I panicked and played my wildcard. One of my big moves was dropping Kevin de Bruyne, who had done absolutely nothing, playing in a more reserved role than usual. What happened? He exploded with a steady bonanza of goals and assists thereafter, and I immediately regretted using my wildcard.

Last season, I jumped out to an outstanding start, and didn’t need to use my wildcard early. As it turns out, I was glad I could save it for later use when my team hit a rough patch.

This season, I had a sub-par week 1, then improved to mediocre in Week 2. Now I’ve enjoyed a great Weeks 3 & 4 (fortune CAN turn around quickly!) and have magically moved up into the upper echelons of the worldwide ranks. This has all come not only while holding onto my wildcard, but even without having any of these sexy players it seems that everybody has rushed or is rushing to add: Tammy Abraham, Sergio Aguero, Daniel James, Harry Kane, Mason Mount, and Raheem Sterling. (The players I’ve added across the four weeks have been Kevin de Bruyne and Todd Cantwell in Week 3, Teemu Pukki in Week 4, and now Sebastien Haller in Week 5 — all for free — while dropping Luka Milivojevic, Callum Wilson, Ryan Fraser and Joshua King.) Thankfully I am in a position where I can afford to hold on to my wildcard. Sure, there are a couple/few more moves I’d love to make, but that’s always the case, isn’t it?

You know the cliches: Patience is a virtue; Good things come to those who wait. And in the case of the international week: Idle hands are the devil’s workshop.

With only one free transfer per week — and only one extra holdover maximum — the FPL game generally rewards patience and crushes rashness. Of course, by offering the two wildcard chips, it also encourages fantasy managers to give in to occasional impulse.

Only you know what’s right for your team, or at least what seems that way at the moment. If you can afford to wait, chances are that you will be rewarded later. But if you’re in desperate times and need to toss your chip into play, go ahead, be bold and hope for the best!

How is your fantasy team faring early in the season, and what is your strategy going forward? Answer the poll question below and share your thoughts in the comments!

Is it Time to Use Your First Half FPL Wildcard Chip?