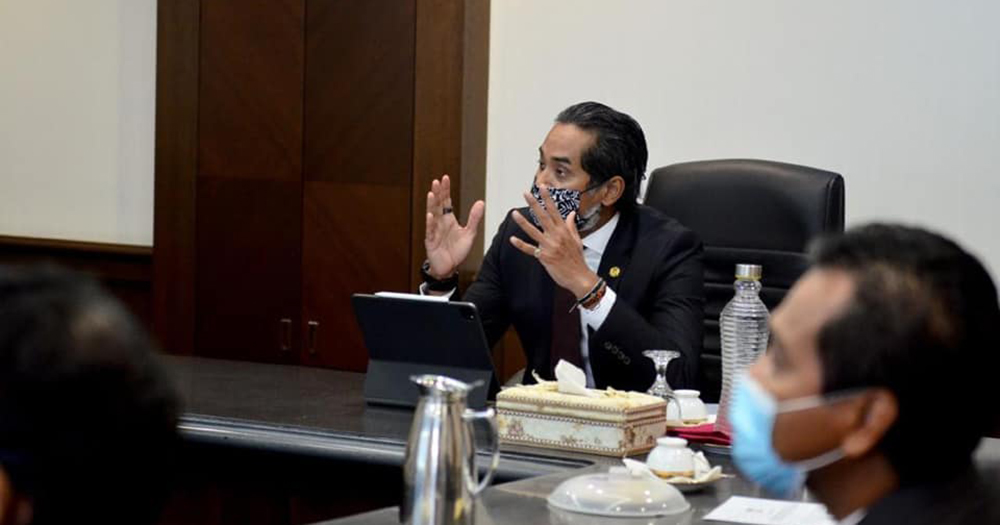 The minister pointed out that Singapore had set aside a budget of more than S$1 billion for vaccinating their population — a budget roughly the same as Malaysia which has a population about five times larger, he added.

As such, this means it is likely that Singapore entered purchase agreements at "premium prices" in advance of the publication of the vaccines' interim trial data, he claimed.

Khairy's comments were made in context of a post that sought to explain why Malaysia is "not slow" in procuring vaccines despite its neighbours, Indonesia and Singapore, having already rolled out their vaccination programmes.

Developed countries have paid a lot to corner the market on vaccines: Khairy

This brought up Khairy's next point that Malaysia is not among the first group of countries to receive Covid-19 vaccines as many developed countries "have paid a lot to corner the market even before the availability of safety and efficacy data."

Here, Khairy cited an Oxfam report which stated that wealthy nations representing only 13 per cent of the world's population have cornered over half (51 per cent) of the promised doses of leading Covid-19 vaccine candidates.

In noting that there are some developed countries such as Japan and South Korea which will receive vaccines at a later date than Malaysia, he said:

"We made informed procurement decisions based on clinical data assessment without having to pay huge premiums and down payments. And crucially we can learn from the rollout in other countries to ensure an effective implementation of our vaccination campaign."

As for the case of Indonesia, Khairy said that the country was one of the first to authorise the use of Sinovac outside China as it had conducted Phase 3 clinical trials for the vaccine and therefore had its own clinical data.

As for why Malaysia was not selected as a site for Sinovac, he explained:

"Sinovac trials started last year and when we offered Malaysia as a trial site, the number of positive cases were low. So was the rate of infectivity. Hence Sinovac declined to include Malaysia in their Phase III trial programme. Clinical trials need high infectivity rates to be successful."

According to Prime Minister Lee Hsien Loong during his Dec. 14 national address last year, the government has been working behind the scenes since the early days of the pandemic to secure access to vaccines.

The government had also set aside S$1 billion for the purposes of securing vaccines for Singaporeans.

Thus far, only the Pfizer-BioNTech vaccine has been approved for use here.

Totally unrelated but follow and listen to our podcast here