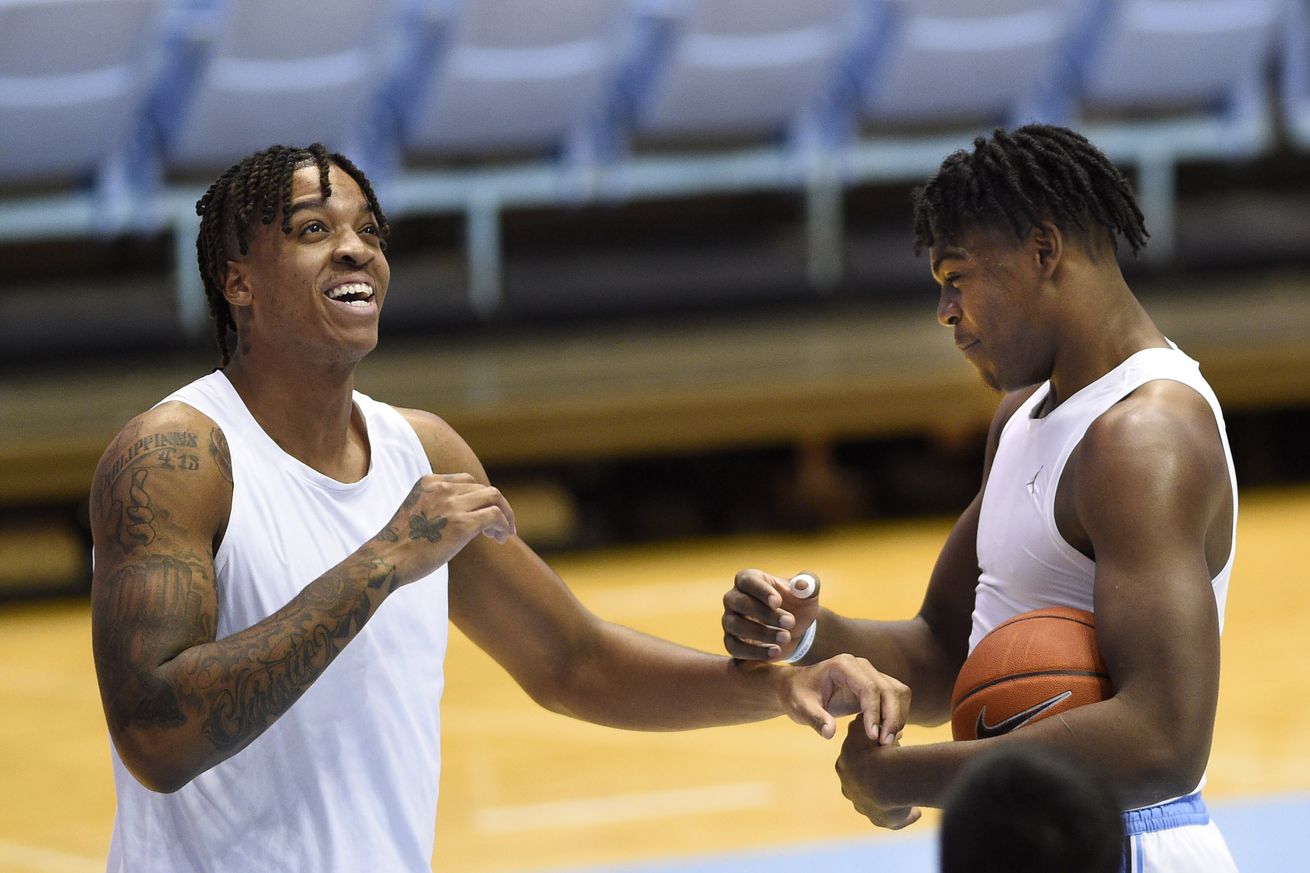 Without a game to address the issue, the program took to social media to clear the air.

After video of a maskless gathering involving two UNC basketball players was released by The Daily Tar Heel on Monday, fans had been waiting to actually hear from both the students involved as well as the head basketball coach, Roy Williams. At first, folks were promised an answer after the Miami game. Once that game was postponed, there was an expectation that at some point the issue would be addressed before the Tar Heels were scheduled to take the court again.

On Tuesday, it was addressed. The UNC Athletic Office sent out a press release that had a statement from both the team as a whole as well as Roy Williams:

2020-21 University of North Carolina men’s basketball players and managers:”Saturday night, a number of players and managers – not just the ones shown on the video that was seen – got together to celebrate our win at Duke. Our intention was to celebrate privately within our group. Unfortunately, we allowed several friends who are not members of the team to join the gathering. We were inside and not wearing masks, which were mistakes. We apologize for not adhering to the University’s and athletic department’s guidelines and apologize to Coach Williams and his staff for not stepping forward when he first addressed it with us on Sunday. We have worked too hard for eight months doing the right things to make those kinds of mistakes at this point in the season. We are hopeful we will be able to play again soon and wish to remind everyone to stay safe so this pandemic will be over as soon as possible.”

Head Coach Roy Williams:”I appreciate the players voicing their apology. They made a mistake. They’ve been fantastic for more than eight months in the way they have dealt with the whole situation with the virus. But they realize they did make a mistake, for which they are paying a very significant price.”

A few things that can be interpreted here:

As Coach Williams didn’t have a press conference to release it, it’s doubtful they’ll address this further. The ACC has already said that it’s an internal issue. Hopefully after the next presser where reporters will have to be “no commented” a couple of times, the focus will change to a big matchup against Virginia this weekend.