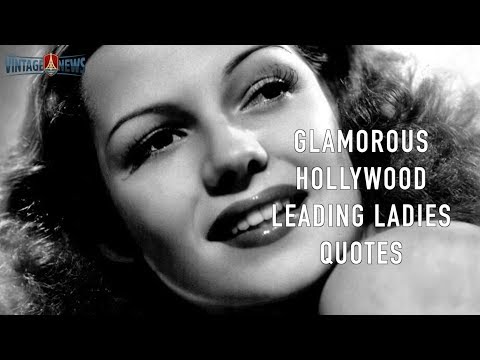 Jayne Mansfield was that most intriguing of Hollywood stars – a walking contradiction. Her glamorous looks and attention-grabbing behavior made her natural movie star material, yet at the same time there were hidden depths. One side seemed to feed the other, which worked both to her advantage and detriment.

She was born Vera Jane Palmer in 1933. Her parents lived in Bryn Mawr Pennsylvania. Mother Vera was a teacher with a passion for languages. Father Herbert held 2 jobs, that of attorney and musician. Sadly Herbert succumbed to a heart attack when Jayne was just 3. By 1939 Vera had remarried and relocated the family to Dallas, Texas. Jayne Mansfield lounges on an inflatable raft in a swimming pool surrounded by bottles shaped like bikini-clad versions of herself, Los Angeles, California, 1957. (Photo by Allan Grant/The LIFE Picture Collection via Getty Images)

Jayne took up the violin and would often play outside the house, her first experiences of public performance. The surname Mansfield came from Paul Mansfield, a PR man who she married in 1950. Her university days saw her appear on stage in productions like Death of a Salesman and she was tutored by Baruch Lumet (father of Sidney). Before long she’d moved with her husband to LA. With Lumet’s assistance, she did a screen test at Paramount in 1954. Her first big screen role was in film noir Female Jungle (1955). During the latter half of the Fifties she had some success in Hollywood, scoring hits with the likes of musical comedy The Girl Can’t Help It (1956) and showbiz satire Will Success Spoil Rock Hunter? (1957), where she reprised the part she’d played on Broadway. Jayne Mansfield and Mickey Hargitay, who later became one of her husbands, attend a Halloween party in Los Angeles, 1956. (Photo by Earl Leaf/Michael Ochs Archives/Getty Images)

Mansfield’s appeal lay partly in her blonde bombshell image, which couldn’t help but remind viewers of another star. Biography writes that she “joined the era’s pantheon of blonde sex symbols who evoked Marilyn Monroe.” Not that Monroe herself was thrilled about the comparison. She “was in fact quite dismayed about the way in which Mansfield seemed to parody her image, at one point wishing that she could sue the actress.” Nevertheless, Tinseltown was keen to have her on their roster. Roger Ebert’s website refers to her dealings with another studio, writing “The story goes that 20th Century-Fox hired her in the first place to use her as a bargaining point with Monroe, who was causing contract trouble.” Everywhere she went, Mansfield caused a splash. In one case literally! While in a pool promoting the Jane Russell adventure film Underwater! (1955), she had a top-related wardrobe malfunction that many believe was far from accidental. This kind of sensationalism went hand in hand with her acting. 1963’s Promises! Promises! featured Mansfield in the first ever nude scene for a Hollywood star. She associated herself with the color pink, even dubbing her home the “Pink Palace”. This was part of a move to stand out from the crowd. Mansfield’s flair for publicity rivaled if not exceeded her abilities as an actress for some. But what about the woman behind the pin up? Roger Ebert notes, “there is very little to say about her that is not the invention of a press agent”. He adds, “Everyone knew that Mansfield’s measurements were 40-22-35, but not many in her audiences knew very much more than that. She didn’t want them to.” Jayne Mansfield from the trailer for the film Too Hot to Handle, which in the United States was titled Playgirl after Dark (1960).

Talk show stalwart Johnny Carson was a cool customer. But he reportedly put some effort into extracting information from Mansfield during her interview. He hoped to find out more about his guest, who had an IQ of 160 +. She didn’t give much away.

A talk with French TV also attempted to delve a little deeper. “I like to be asked serious questions but not foolish ones,” she remarked, elaborating by saying “Things that make sense.”

“Do you like questions about your private life?” asked the interviewer. “Not particularly,” she replied, “though that does make sense.” This caused some amusement for both of them.

“I think publicity is one of the things that goes along with being an international figure,” she continued. “I don’t think anyone actually enjoys it but I think if a person is right they will agree it is very necessary.” Promotion photo of Jayne Mansfield for the film Kiss Them for Me (1957).

She divorced Paul Mansfield in 1958. With him she had a daughter, Jayne Marie. Mansfield was also connected to high profile men such as JFK and RFK, entertainer Nelson Sardelli and producer Enrico Bomba. Between ‘58 and ‘64 she was hitched to actor/bodybuilder Mickey Hargitay. Their children include Mariska Hargitay, star of Law and Order: Special Victims Unit.

“She was just so ahead of her time,” Mariska told People. “She was an inspiration, she had this appetite for life, and I think I share that with her.” Jayne Mansfield in publicity portrait for the film ‘Kiss Them For Me’, 1957. (Photo by 20th Century-Fox/Getty Images) Writer/producer/director Matt Cimber was her third and last husband (’64 – ’66). Though Mansfield’s movie career faltered, she had other strings to her bow such as TV work and a nightclub act. Her final film performance was in 1968’s Single Room Furnished (directed by Cimber) and The Wild Wild World of Jayne Mansfield from the same year which was a steamy and titillating documentary. Barry Coe and Jayne Mansfield from the television program I’ll Follow the Sun. Actor Steve Cochran, Jayne Mansfield and Ed Wynne, the owner of the Harwyn Club in New York, where the photo was taken.

These sadly were posthumous releases. Mansfield was involved in a fatal car accident in June 1967, on her way from Biloxi to a TV appearance in New Orleans. Jayne and her partner Sam Brody were travelling with driver Ronnie Harrison. Young Mariska, Miklós and Zoltán were asleep in the back seat.

Biography writes, “It was sometime after 2 a.m. when the car, rounding a curve, crashed into and went under a slowed tractor trailer believed to be obscured by pesticide spray” All three of the adults in the front lost their lives while the children sleeping in the backseat survived with minor injuries. Jayne Mansfield with her family in 1959

The accident was reported in lurid fashion, with a false initial claim that Mansfield had been decapitated. The accident scene was indeed a grisly sight but MansYet something positive did come out of the accident – the “Mansfield bar”, an underride guard recommended for tractor-trailers by the NHTSA (National Highway Traffic Safety Administration), to prevent such horrible incidents happening again.

Publicity followed Mansfield posthumously as well. Photos from the crash site were published in the 1975 edition of Kenneth Anger’s overheated chronicle Hollywood Babylon. Just as Mansfield was compared to Monroe, so subsequent tragic figures like Anna Nicole Smith have been called the new Jayne Mansfield. Some commentators see her as the forerunner of today’s media-manipulating celebrities.

Either way, this enduring screen goddess is perhaps viewed a little differently today. Now Jayne Mansfield is arguably famous for what she thought, as well as what she did.