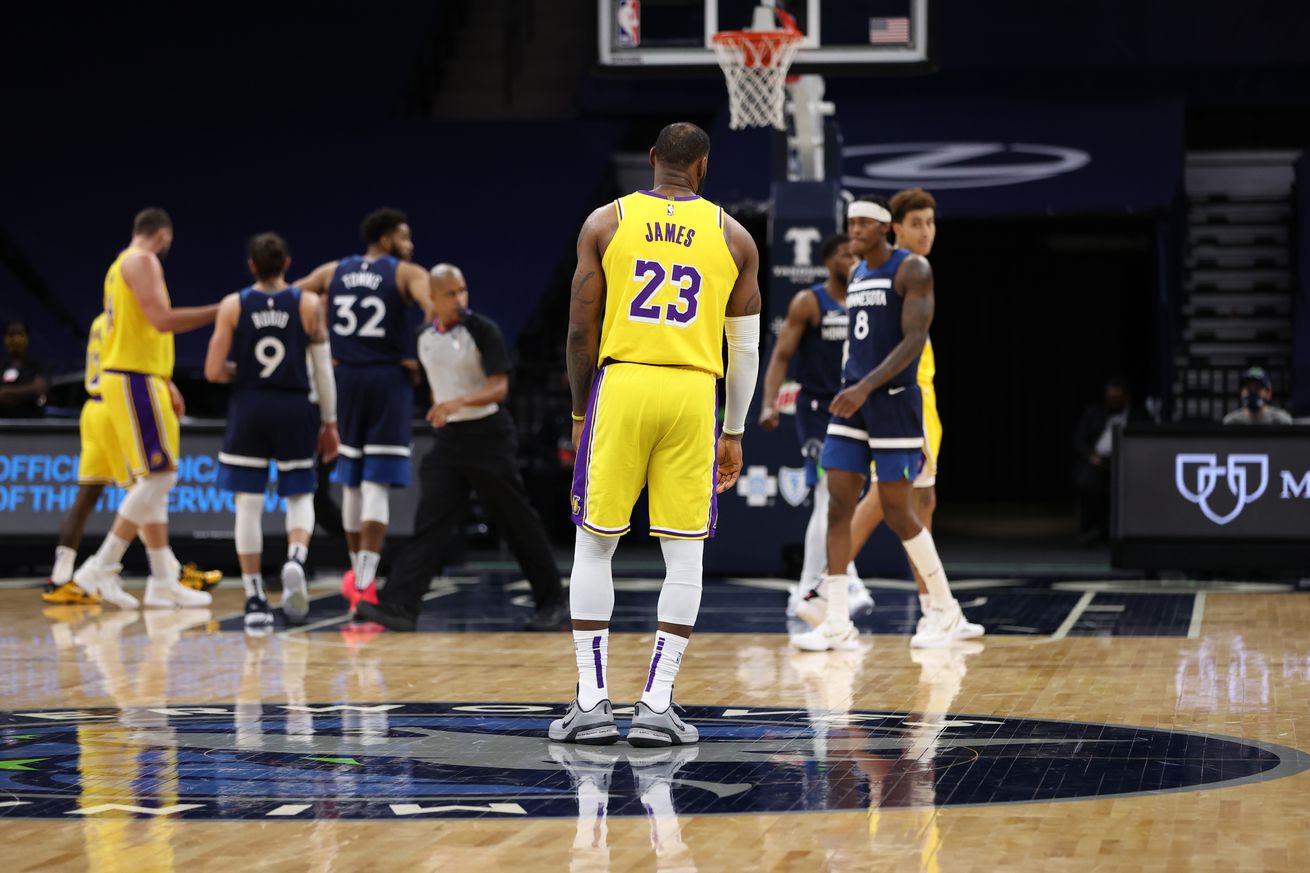 Podcast: How much did the Lakers miss Anthony Davis?

The Lakers survived their first game without Anthony Davis, but by how much?

The Los Angeles Lakers passed their first test without Anthony Davis on Tuesday, beating the Minnesota Timberwolves 112-104 at the Target Center in Minneapolis. However, as good as the Lakers looked, we’d be remiss not to note that the Timberwolves have been bad almost all season, and they were missing arguably their second-best player in D’Angelo Russell. In other words, there are tougher tests on the horizon.

On today’s episode of the Silver Screen & Roll postgame show, Christian and Harrison recapped the Lakers’ win over Wolves, and highlighted the areas that they missed Davis in. They then looked ahead to the remaining eight games on the first half of the Lakers’ schedule, all of which Davis is expected to be sidelined for.

The Brooklyn Nets will come into town on Thursday, and then on Wednesday, Feb. 24, the Lakers will play the Utah Jazz — the team with the best record in the Western Conference —for the first time this season. Will LeBron James build on his MVP candidacy by taking down both of those teams, or will those games show how much the team relies on Davis? We’ll find out soon enough.

You can listen to all that and more during the entire show in the podcast player embedded below, and to make sure you don’t miss a single episode moving forward, make sure you subscribe to the Silver Screen and Roll podcast feed on iTunes, Spotify, Stitcher or Google Podcasts.

Podcast: How much did the Lakers miss Anthony Davis?