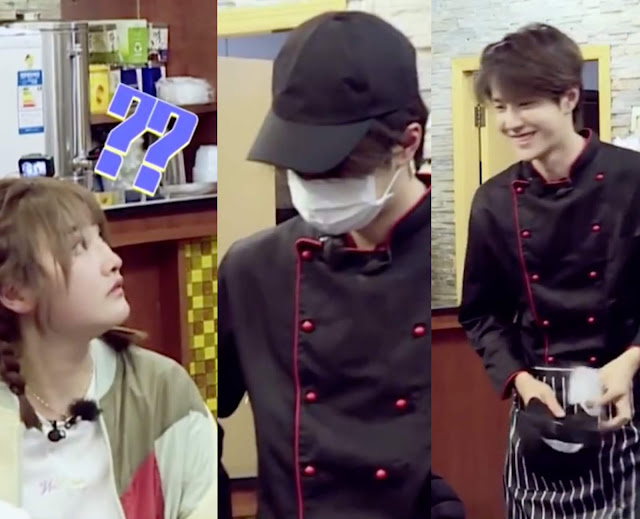 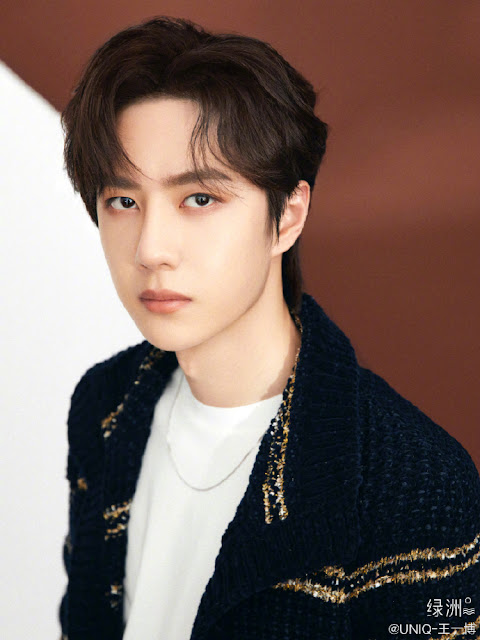 Now that Legend of Fei actor Wang Yibo has finished filming his drama, he can now resume his hosting duties on the variety show Day Day Up. Amongst his first orders of business is to honour a special promise made to one of his fans – a nurse called Lisa who worked on the frontlines at the hard-hit epicenter of the virus Wuhan, to have her visit him and his colleagues on the set. According to the actor, since he was quite busy the first time his colleagues invited healthcare staff to a thank you dinner, he wanted to replicate the action and invite a special person (Lisa) to come pay him a visit at the Hunan broadcasting offices. Lisa was amongst the medical staff in a Wuhan hospital who said on a video message "Yibo, wait for me, I'll come visit you" on social media. The star responded to that video and said "waiting for you to come back, please come visit us at Day Day Up. All frontline medical staff must keep safe."
The pair’s meeting was quite low key and a bit funny actually because Lisa initially didn’t recognize the actor in his “disguise”. To be fair who’d recognize him with his cap’s brim pulled soo low, and a face mask pulled all the way up to his eyeballs!? And he had bangs! All that’s left to give anyone a clue is the tiny sliver of his features between his bangs and the mask. Thankfully, after some tos and fros of him serving her stuff, the light finally went off in her head when she recognised his voice!

After eating the bowl of noodles Wang Yibo freshly prepared for her, Lisa reveals that she was amongst the first nurses deployed to the frontlines and had only just returned home after working eighty days at the frontlines.
In a scrapbook she presented to the actor which she said she’d been working on after her hospital shifts, she detailed some of the things medical workers had to face while tending to their patients – “This is a picture I drew of me feeding a patient. We wore stifling protective equipment to do things like giving patients a drink of water and their medicine, brewing milk and changing their diapers. Although we are very tired, we still want to do our best to take care of each person.” In another one of her stories, Lisa shared that she usually writes the actor’s name together with hers on her PPE suit but forgot to write her own name one time. So people were calling her “Yibo, Yibo!” all day and she was totally okay with it. After hearing her stories and looking through her scrapbook, Wang Yibo said that he didn’t expect to become a such source of strength for others and was thankful.
We've all taken to the nightly ritual of cheering and clapping for our selfless health care and essential workers hard at work in the frontlines to show just how much we appreciate their sacrifice, but it’s equally heartwarming to see that some stars have reached out to take on a more meaningful approach to give comfort in any way they can, especially to the frontliners who have endured so much physically, mentally and psychologically during this crisis. Kudos to Wang Yibo and I really hope his small action will serve as an inspiration for more celebs to follow suit.
Source: 1
Source: dramapanda.com