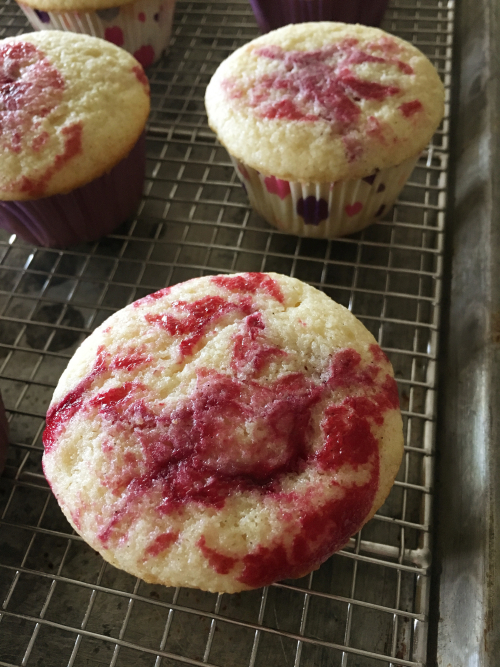 We've made a point of letting Amaya set her own pace in the kitchen. She loves food and has a good palate, but, aside from a few special dishes, she's not really embraced cooking yet. And that's fine. We want her to find her way into the kitchen so she can make her own place when she gets there. Today she surprised me by announcing that she wanted to make cupcakes by herself. I pulled out some cookbooks and pointed her in the direction of cupcakes. 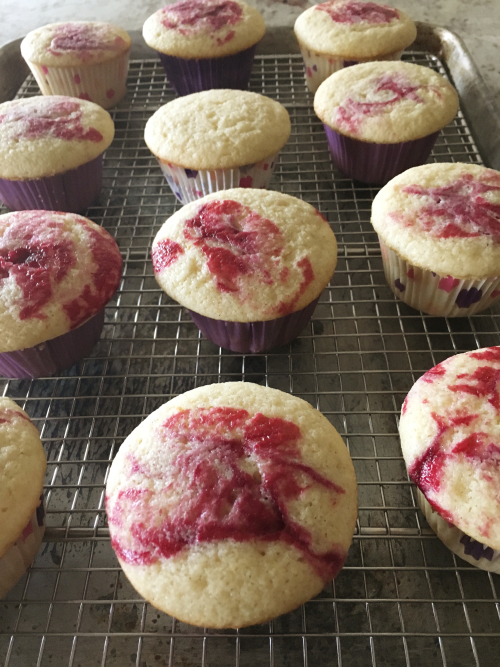 A funny thing happened when we started looking at the books, I realized that I didn't have very many books with cupcake recipes. This is surprising when you consider the sheer size of our library. Finally I told her to decide what kind of cupcakes she wanted to make and we would retro fit a recipe. She chose lemon-raspberry cupcakes with meringue frosting. I found a lemon cupcake recipe for to follow online and showed her how to make raspberry coulis to swirl into the batter. Finally she made an Italian meringue frosting with a touch of vanilla.

Alex arrived home in time to help with the frosting. It was the only help she would accept throughout the process and she went back and "fixed" a few his cupcakes when they were done. Amaya made sure there was something for everyone and each cupcake has its own personality. I love them. We'll see what she wants to do next.

Ideas in Food: Great Recipes and Why They Work

Maximum Flavor: Recipes That Will Change the Way You Cook

Gluten Free Flour Power: Bringing Your Favorite Foods Back to the Table