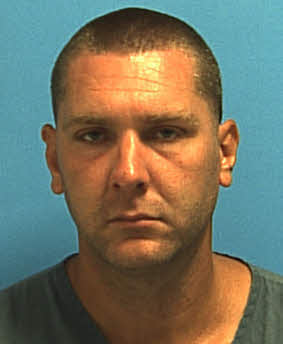 What Happened When Five Brooklyn Guys Robbed Their Way To Florida

In April 1998, five Luchese associates decided to rob their way to Florida.  So they drove from Brooklyn to Florida, committing robberies along the way.
Anthony Lanza, Robert Pasquince, and the brothers Anthony and Charles DiGirolamo were in the car. The fifth man has never been identified, as per our research. (We include links to all source material.)

They made it all the way to the Sunshine State before killing anyone. That happened in Pinellas County, Florida, outside Tampa Bay, on April 23 of that year. As per a local news report, Pasquince (Robert is his first name, the paper either got that wrong or Pasquince had pulled a ruse and it had initially worked) and an accomplice walked into a Subway sandwich shop around lunchtime and placed an order. Ann Marie Sherman, 24, and one other person were working at the time. Sherman was supposed to have been off that night, but a coworker had called in sick, so she had volunteered to work.


Interestingly, two years after the murder, a report called Death of a Salesman: A True Story About OSHA Recommendations and Workplace Homicide was published which highlighted this particular incident, so we have some detail on what happened.

Before Sherman could fill the order, Pasquince pulled out a gun and demanded money. Sherman and her co-worker were told to lie on the floor face-down. Our robber couldn't figure out how to open the cash register and grew frustrated,

Pasquince shot Sherman in the heart and she died in moments. Then, somehow, he got the register opened and made off with $277 in cash. (That Subway Sandwich Shop had no working surveillance camera or silent alarm button, as the OSHA report noted.)

As of April 28, despite the lack of surveillance camera, the police still managed to nab Pasquince pretty quickly but were still searching for his accomplice, as per the local report.
They found him.
In May 2002, Lanza committed a monumental blunder -- such a monumental blunder that all these years later, he still must be banging his head against the walls of his cell.

He was sentenced to life in prison after he seemed to get cocky and nixed a definite hung jury to allow a majority verdict.

A "hung jury nearly assured a murder defendant a new shot at freedom, but in a rarely seen move the man waived his right to a unanimous verdict, gambling that he had won the majority. He didn't, and was promptly convicted," as the Orlando Sentinel reported at the time. The Circuit Court jury was deadlocked after 10 hours of deliberation. Nine members of the panel voted to convict for first-degree murder; two wanted to convict for second-degree murder; and only one thought he was not guilty.
Scott Deitche, writing in May 2002 for Rick Porrello's American Mafia website, reported that Pasquince had confessed to killing Sherman and was actually supposed to testify against Lanza at trial. "However, at the last minute, he recanted his confession and claimed he acted alone," Scott wrote. (He also noted that Anthony Lanza is the son of Anthony (Pee Wee) Lanza, a former Genovese capo who was convicted in federal court in Clearwater in 1996 of extortion charges related to a murder-for-hire scheme and died in prison.)
As for Pasquince, a year before Lanza's trial, he had become a jailhouse informant, according to Prison Legal News (yes, there is such a website).

"(I)n March, 2001, prisoner informant Robert Pasquince had informed prison officials of a plot by Zephyrhills Correctional Institution prisoners Richard Seibert, Robert Fennell, Joshua Knerr, Paul Russell, Henry Shelton, Raymond Eldridge and Mark Guglielmo, to tunnel out of the prison. The would be escapees tunneled to within 40 feet of the prison's perimeter fence before being stopped by prison officials. Six prison employees were disciplined for negligence in allowing the escape plot to progress so far and for inadequate supervision of the escapees. All remain employed by the Florida DOC. All the would be escapees were serving life sentences which led local prosecutors to decline to press criminal charges in the case."
As noted, the DiGirolamo identical twin brothers were part of that small crew of Brooklyn guys who decided to rob their way to Florida. They had been identified as material witnesses in the Sherman killing. "It was unclear whether Florida investigators ever had an opportunity to question the brothers in connection with the (Sherman) killing. The New York Times reported in April 2000, in a story about how the brothers' bodies had been found in Gravesend, Brooklyn, after a passer-by called 911 and said there were two men bleeding from the head in the street. One of the brothers was pronounced dead on the street, the other died at Kings County Hospital.

Each had been shot once in the head and their bodies had been dumped in the middle of a residential street in Gravesend. Anthony and Charles DiGirolamo were both 19 when they were killed on April Fools' Day 2000. They would've turned 20 a week later.

At the time of the report, which noted that the bodies were found in front of 1794 West Fifth Street by a passer-by about 4:25 a.m., the NYPD reported that they had no suspects.

There are several items about the brothers worth noting.

Charles DiGirolamo was free on bail in connection with an assault case in Brooklyn stemming from a stabbing in a Sheepshead Bay nightclub.
As per the NYPD, both brothers, back in the mid-1990s, had sold drugs for James Galione, a Luchese associate.  Galione, aka Froggy or Frog Eyes, pleaded guilty in 1997 to murder and drug charges, The two brothers were not charged in connection with that case.


Charles DiGirolamo also was a suspect in the August 1999 killing of a Brooklyn man who was found shot in his apartment in Gravesend, his hands bound and his head covered by a pillowcase. His name was Peter Lanza and he had a criminal record for drug and fireworks possession dating to 1992, and was on probation when he was killed. He was wearing the electronic monitoring bracelet when his body was found. Whoever the shooter was, he even shot Lanza's golden retriever; the dog was found nearby with a gunshot wound but survived.

Neighbors said that Lanza and his wife had twin infants and a 3-year-old daughter at the time of the murder.

Lanza had been under house arrest since March for violating the terms of his probation. And he was on probation in the first place because more than one year prior, in June 1997, a taskforce, following up on an anonymous tip, had found 49 cases of fireworks in Lanza's home. The taskforce also uncovered information at Lanza's house that helped them find a marijuana growhouse in Sunset Park.

Lanza was later convicted on a charge of marijuana possession and was sentenced to five years of probation.


Was Peter Lanza related to Anthony Lanza, is the question. We could not connect them, but we find it difficult to believe that an unrelated Lanza happened to possibly be killed by a DiGirolamo brother who was with the other Lanza, who today serves a life sentence along with Pasquince, at the time of Ann Marie Sherman's murder.

What Happened When Five Brooklyn Guys Robbed Their Way To Florida