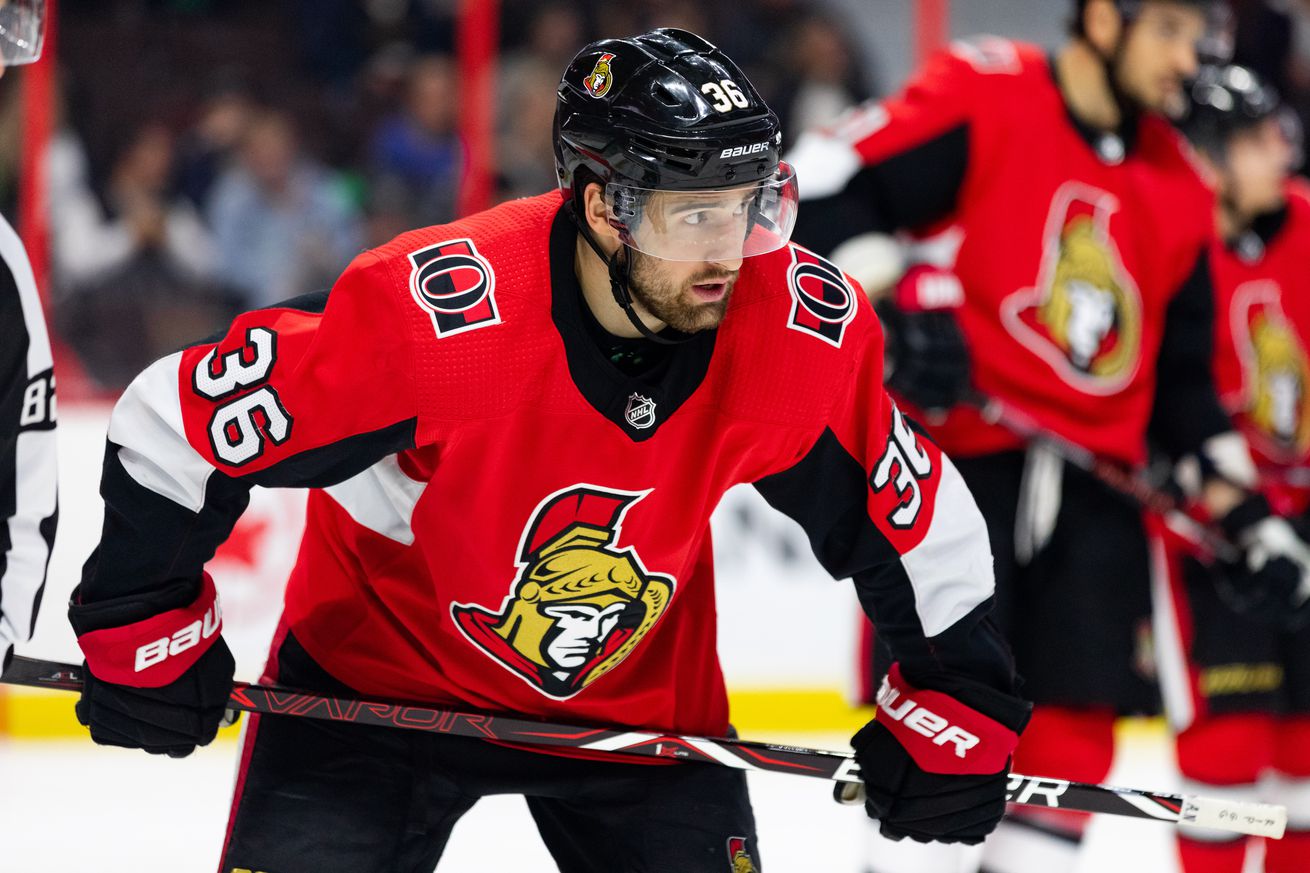 Colin White is Going to Be Fine

Photo by Richard A. Whittaker/Icon Sportswire via Getty Images

That seems to be the theme in hockey these days, with salary numbers going up around the league. There’s merit to this, of course, because everyone should produce work that justifies their pay check.

However, to what degree do we apply this standard to young players? Guys who are on their first “big” contract, but also may not have hit their prime yet, present an interesting conundrum when they appear to underperform in the wake of putting pen to paper.

The 22 year-old Boston, Massachusetts native signed a six-year contract extension this past summer, worth an AAV of $4.75M. Coming off a season in which White tallied 41 points in 71 games, it looked like a deal that would age like fine wine.

Unfortunately, there are those who believe that this contract will age like milk.

With 10 points in 33 games, Colin White is likely doing his best to dodge the online vitriol of Senators fans, calling him overpaid, or my personal favourite, a “bust”.

You all know me. You know that I’m the first person to criticize those that deserve it, likely to a fault, and that I’m happy to let you know that I’m not happy with a player’s performance.

Colin White is not having a good season. Not by any stretch of the imagination, but guys, why are we hitting the panic button here? It is far too early to make a judgement call on the career trajectory of Colin White, doing anything other than taking it for a bad start to a bad season, is premature and dishonest.

Colin White is going to be fine, and I’m going to tell you why.

Let’s start with the obvious here, Colin White is 22. Twenty. Two. That is barely a year older than Logan Brown, and his own struggles have been well-documented. Why we expect these centres, who are frankly babies in the NHL, to step up and emerge as franchise players almost immediately, is absurd. The centre position arguably entails more responsibility at both ends of the ice than any other, so to combine learning that at the pro level, while still developing physically, is tremendously difficult.

Beyond that, White suffered an injury at the beginning of the season. As we documented, he sustained a hip flexor injury, and was scheduled to miss anywhere from three to five weeks.

This was announced on October 23rd. Colin White suited up on November 9th against the Carolina Hurricanes. That amounts to, generously, two and a half weeks, and far less than White was initially anticipated to miss. With that in mind, do we really think White is completely healthy? He was back before expected, so there’s no reason to believe that he’s completely healed from his injury.

For those who think he was only cleared because he was completely recovered, neither of us know for sure, but having been around pro sports, and played football at the collegiate level, I think it’s a safe bet that Colin White is still hurting.

There’s also the matter of his position. White has spent a good amount of time this season on the right wing, a position that he hasn’t consistently played in some time, and even then it was sporadic at best.

Were that not enough, his role has changed, with him now being deployed mainly in bottom-six defensive roles. This is a guy who was the Senators’ number one centre for most of last year, trying to generate offence on a line with Brady Tkachuk and Mark Stone. These are drastic changes, that are sure to have an effect on a player’s on-ice performance.

“But Brandon, he’s a pro! He should be able to transition seamlessly!”

I’m 21, and I can barely juggle Silver Seven with my school responsibilities, and the jobs that actually pay my bills. I can’t imagine how hard it would be to have to play on an NHL team, in two different positions, in two different roles, while nursing an injury that hampers my skating.

Aside from the rocky start, it seems that White may be turning the corner. He has three points in his last five games, and of the forwards that have played 30 or more games, White’s CF% lags behind those of only Brady Tkachuk, Tyler Ennis (I know), and J.G. Pageau. The contributions are subtle, but they’re there, and they’re increasing.

I didn’t want to address this next part, but there are also a contingent of folks on twitter dot com who believe that White should be sent to Belleville to “get his confidence back”.

Gang, what I’m trying to get you to do here, is see the bigger picture. Is Colin White having a bad season? Absolutely.

But look at the circumstances here. White is 22 years old, is likely injured, has played only 33 games this season, and has had to modify his game to varying degrees throughout the year.

Is he the next Connor McDavid at centre? Not likely, but after a season in which he put up 41 points, cut him a break. The Senators are bad, he’s had some rotten luck, and the roster is very much in a state of flux.

If Colin White finishes the season shy of last year’s numbers, and that’s looking more and more likely, then I’m willing to burn the proverbial tape, and look forward to next year.

You should be too.

Colin White is Going to Be Fine