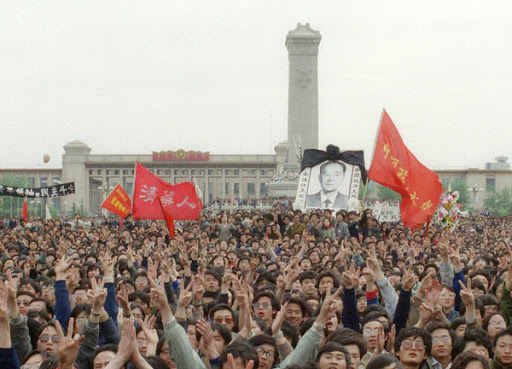 A Year Marking Lots of Anniversaries

This year, 2019, is full of anniversaries for China, many of them are ones the government would like to avoid. That means spiriting away dissidents on "forced trips" and cleaning streets to get rid of homeless people, and those lovely security checks in subway stations will be stepped up even more.

Coming up on March 10 is the 60th anniversary of the failed uprising against Chinese rule in Tibet. Since this month, the government has banned foreign visitors from traveling to Tibet so that they don't even have a chance to cause trouble during this "sensitive time"; they may be allowed back in from April 1.

March 17 is also the 60th anniversary of when the Dalai Lama fled Tibet for India. Will His Holiness come out to say something about what a travesty it is to be exiled from his homeland for six decades?

Then April 15 will be another sensitive anniversary -- 30 years since the death of ousted reformer Hu Yaobang, that sparked students to gather at Tiananmen Square, and then we all know what happened less than two months later.

However, the government will be happy to mark the May 4 Movement -- the 100th anniversary. There will probably be pomp and circumstance to celebrate this event where students led the call for anti-imperialism because at the time China could not or did not stand up to foreign powers. It led to the surge of nationalism and to the founding of the Chinese Communist Party in 1921.

Hard to believe the June 4 anniversary is 30 years on... the candlelight vigil in Hong Kong's Victoria Park will probably be the same, but the significance is greater. The Chinese government doesn't even want to talk about what happened during the Cultural Revolution, so how can it even begin to touch the subject of 1989? The silence is deafening.

Ten years ago I was in Xian when the Urumqi riots broke out. Suddenly state media turned into overdrive, writing tons of articles of how the Han Chinese in Xinjiang were attacked, how horrible it was, and how those attackers should be punished severely. It was a very tense time. Given the current situation in Xinjiang, the Chinese government may use the anniversary as further justification for putting Uighurs into "education camps"...

But to cap the year off will be the 70th anniversary of the founding of the People's Republic of China on October 1. There will definitely be a lot of fanfare (and cleaning the streets) for that celebration. The government will probably spare no expense to have a stunning fireworks display while enforcing lots of road blocks and security checks...

There won't be a dull moment in China this year!

A Year Marking Lots of Anniversaries