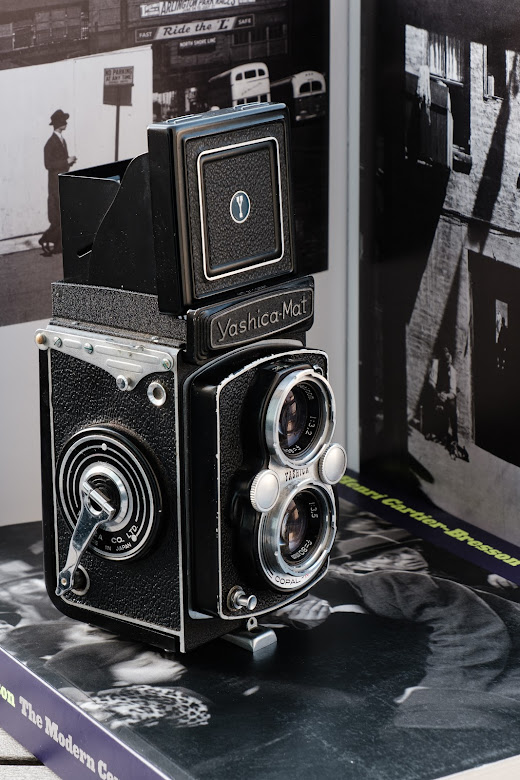 Over the last 9 months I've shot a number of rolls of analog film on a few different cameras which I managed to borrow from friends. All was part of a project to see if shooting film full time was still worth it for me in 2020 after having started this way more than 30 years ago!
Although I enjoyed the experience, I've come to the conclusion that for now I will stay 100% digital. The last roll of film I shot were 12 exposure of medium format 120 Fujifilm ACROS II, allowing me to finally put the word "film" back into Fujifilm. Not a coincidence that ACROS is also my favorite digital Film simulation when it comes to shooting digital!
Like the original ACROS, the analog film is sharp, mildly contrasty with a very fine grain structure. Although it was first released in Japan end of 2019, it seems the film is made in the UK. At an average 12,-USD for a roll of 120 Acros II it is not cheap. That makes it one dollar per frame, before development and about double if one takes development and scanning into account. It definitively makes you think before clicking the shutter; one of the things I actually like about shooting analog!

My last roll of ACROS II was shot on a 1970's Yashica-Mat; a simple TLR (Twin Lens Reflex). Although the viewfinder is not as brights as I like it to be, I do like the waist level type of shooting.
Below are three photographs made in the desert near Maleha (Sharjah, UAE) of some  desert trees. I could have picked one shot but find that the three balance quite nicely of each other.

Image details:
If you want to see more analog work shot over the last 9 months, please check out the "Film is not dead" gallery.
Remember: "Sadly it is much easier to make a desert than a forest " - James Lovelock.
BJORN
X-Photographer
Instagram
Facebook
Twitter
Source: bjornmoerman