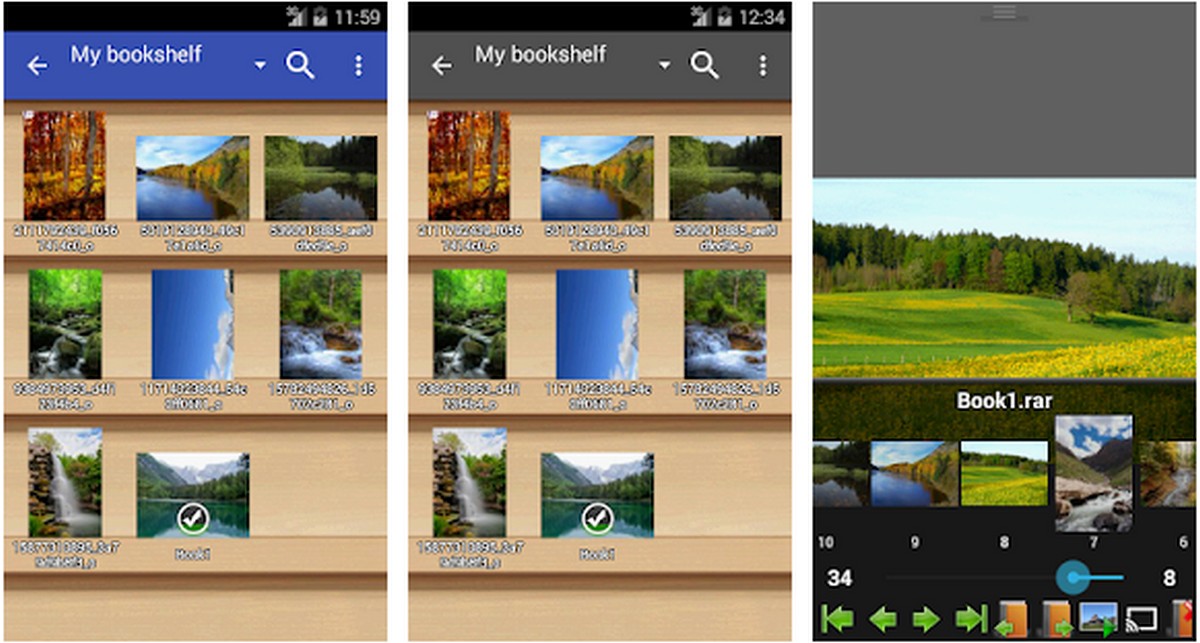 There’s something very enjoyable and entertaining about comic books. Unlike more traditional books, comic books employ the use of drawings to help progress the story, letting us see what characters actually look like instead of relying solely on our imagination.

It is obvious that the comics industry is huge, especially with movies from Marvel and DC dominating the box office in the past decade or so. So, if you enjoy comics and want to be able to read it on your Android device while on the go, then how about you check out this list below for some of the best comic book readers.

Perfect Viewer is one of the oldest  comic book reader apps around on mobile, and it’s not surprising to see that it’s still around. While it might not necessarily be the most visually appealing and still sports a very outdated interface, it is still incredibly functional. If you value function over form, then Perfect Viewer could be the app for you.

It supports a variety of formats, whether your comic is in CBR, CBZ, or CB7. It also supports image files, PDFs, and also other features like Chromecast, and more. 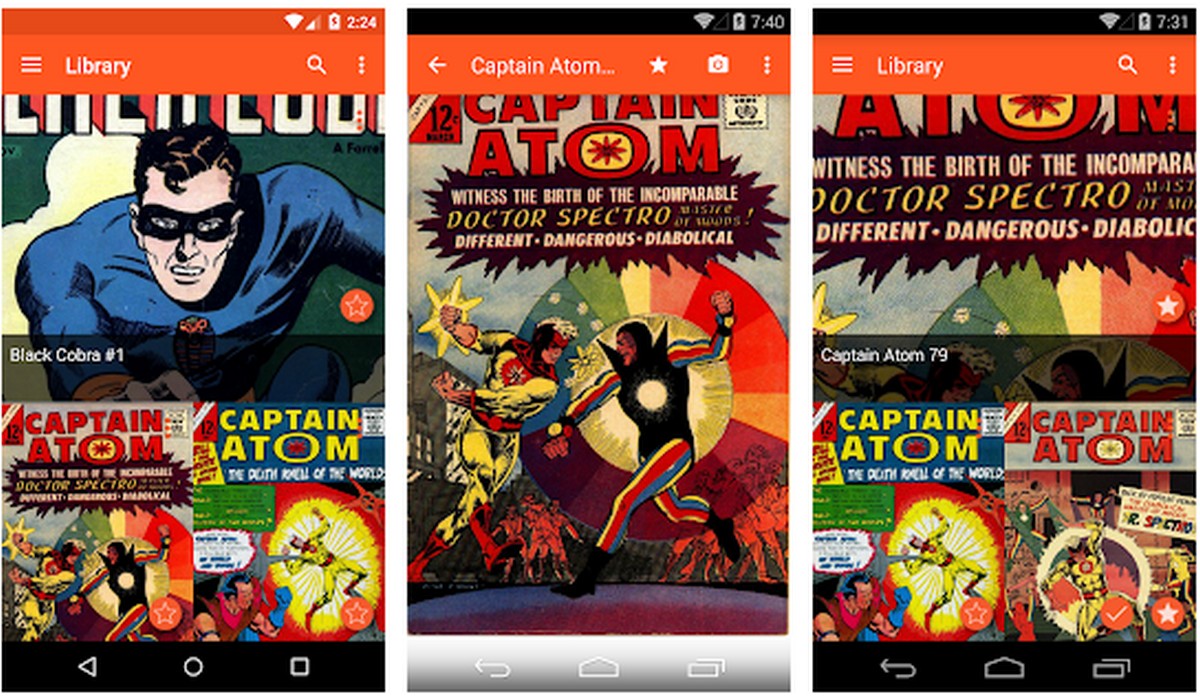 In the case the old school, skeumorphic-ish look of Perfect Viewer isn’t your cup of tea, then perhaps the Astonishing Comic Reader could be right up your alley. It sports a much more modern design with the ability to sort and organize your comic book collection, download comics from the cloud, sync your reading progress across devices, and it will also play nicely with a variety of formats. 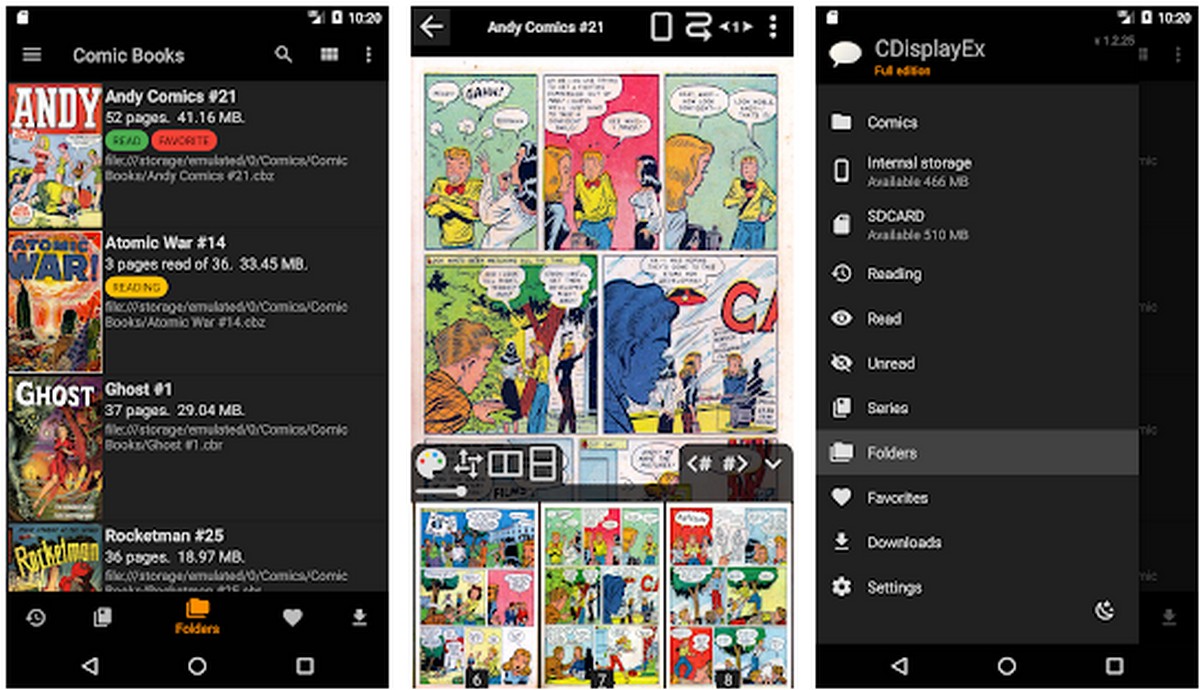 Unlike some free readers, one of the selling points of CDisplayEx Comic Reader is that it does not come with built-in ads, meaning that you get to enjoy your comics without annoying ads getting in the way.

It will work with various cloud services like Mega, Google Drive, Dropbox, and OneDrive, allowing you to download your stored comics onto your phone or tablet. It even has a nifty feature that lets you adjust the scaling of the page so that you can choose the number of moves before it reaches the other end of the page.

This is great for those who might have phones with smaller displays and want to be able to enjoy the panels in their comics without having to squint at their screens. 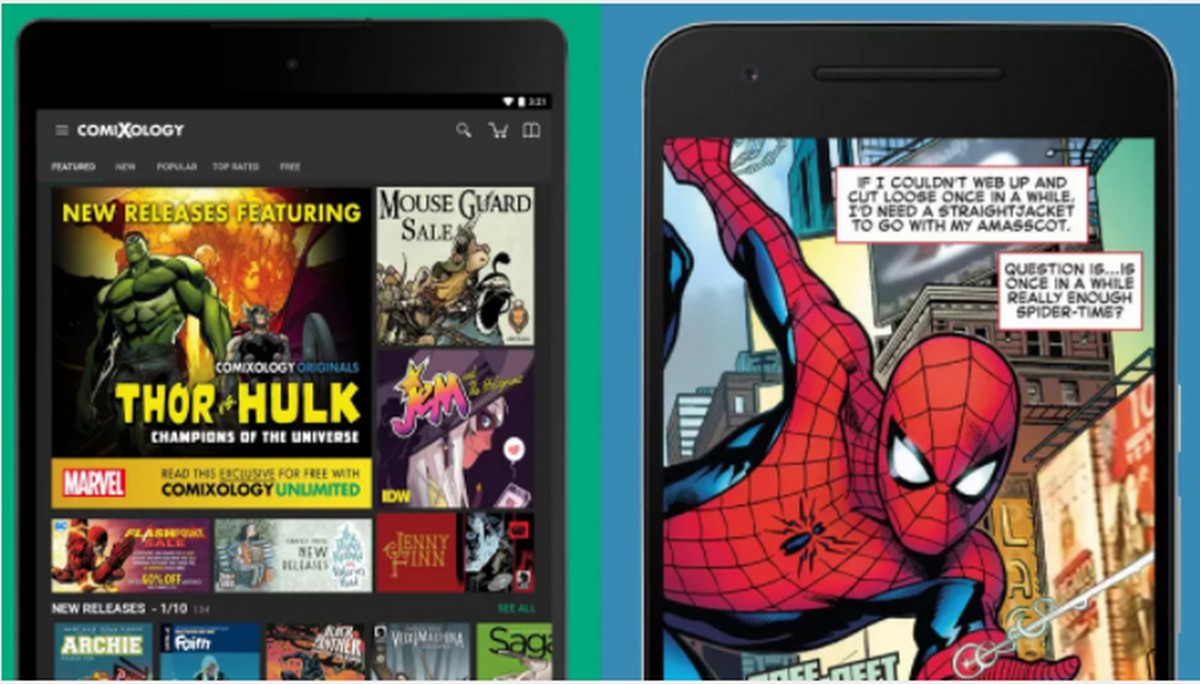 If you’re looking for new comics to read, new titles or genres to discover, and want a one-stop shop where you can read your comics, buy new ones, and store existing ones, then the Amazon-owned comiXology could be it for you. You could think of this as being the Kindle equivalent for comics, where you can browse, purchase, and download your favorite comics using a single app. 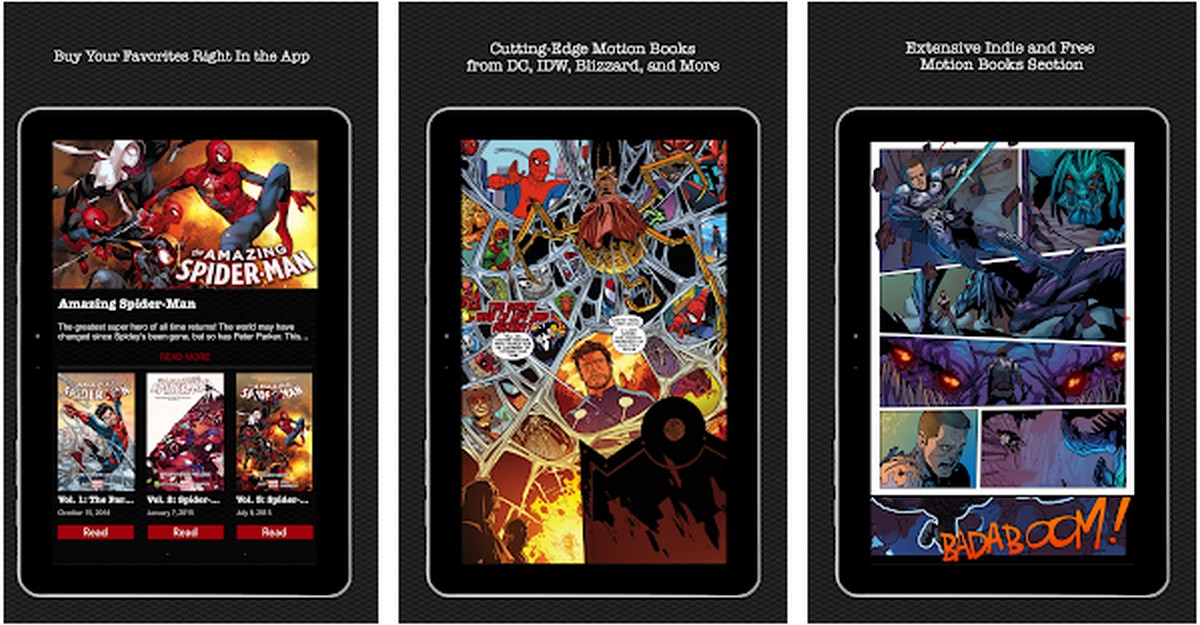 Comic books are typically presented in static form, meaning that the images you see don’t move, but that’s something Madefire is hoping to change. Unlike the other readers we mentioned, Madefire acts more like a platform for a new generation of comics that combines comic book imagery along with motion and sound.

You could think of it as being similar to animated shorts that utilize still images, effects, and audio to achieve a more immersive telling of a story. It does support your more traditional static comics if you want (it’s good to have options), but really what they’re trying to push are its “motion comics” which could be worth checking out if you’re after something a little different.