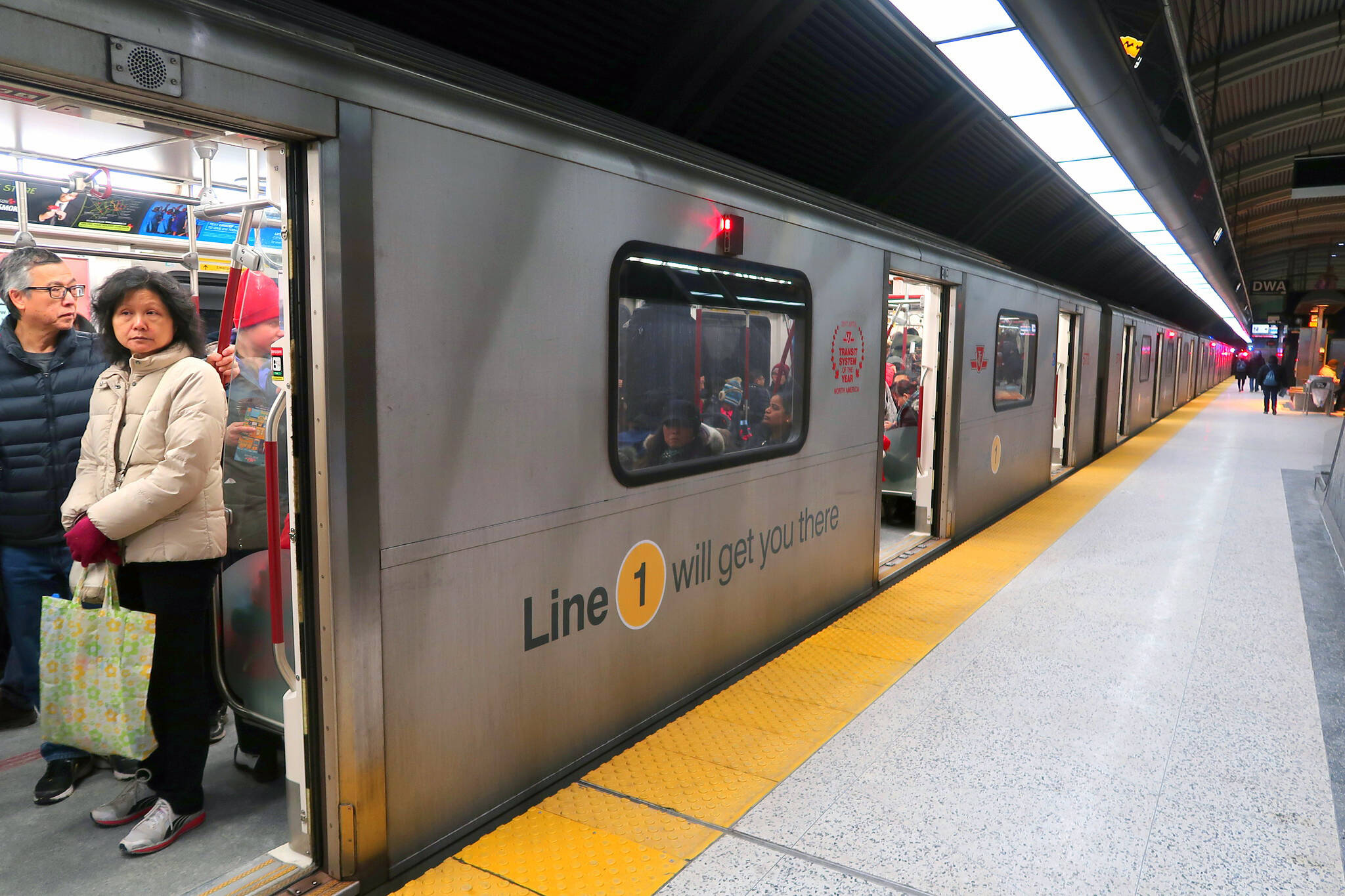 In an effort to speed up the installation of its new ATC (automatic train control) signal system, the Toronto Transit Commission is cordoning off a portion of Line 1 for ten whole days beginning at the end of this week.

As of Friday, Dec. 4 at 11 p.m., Toronto's Yonge-University subway line will be closed between Finch and Sheppard-Yonge stations for "tunnel improvements" that should accelerate ongoing (and long-annoying) signal work.

The goal is to take advantage of lower ridership amid the COVID-19 pandemic to put a quicker end to the "signal problems," which have long been the cause of frequent delays and headaches among TTC riders.

This will happen in two phases over the course of ten days between Dec. 4 and Dec. 14: Phase one will run for seven days between Finch and Sheppard-Yonge stations, ending on Fri., Dec. 11 at the end of service.

Phase two will see the closure extended on December 12, from Finch Station to St. Clair Station. Regular service is expected to resume system-wide just in time for rush hour on Monday, Dec. 14 at 6 a.m.

"I know these closures are frustrating, but the TTC is doing this work now during the pandemic, while subway ridership is dramatically reduced, to save years in the long run," said Toronto Mayor John Tory in a release announcing the closure.

"I want to thank our TTC workers for doing all they can to accelerate the installation of the ATC signal system. These upgrades will help provide a more reliable subway ride for more riders."

Problematic as even a partial closure like this can be for many Toronto residents, this move could actually make things better, faster, in the long run for everyone.

A report that went before transit commission's board in April of 2019 revealed that the ATC upgrade project was, at the time, three years behind schedule and nearly $100 million over budget.

TTC staff warned in the report that signal problems were expected to plague the subway system until at least September of 2022.

It is unclear if the upcoming closure will move the project's estimated completion date up by much, but it will, at the very least, give crews a chance to do some solid, sustained "state-of-good-repair work" on the line, including tunnel lining repairs, track remediation and, perhaps a bit disconcertingly, "asbestos removal."