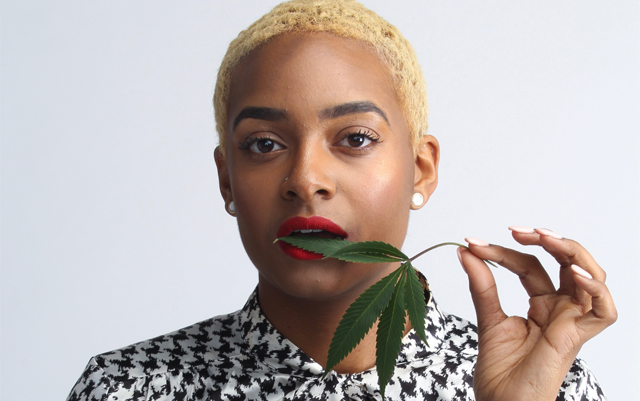 Heather Carter is a young person making her way not only in New York’s cannabis scene, but also back at home in Michigan. Carter’s specialty is public relations and has branched out to social media in recent years. Beginning in 2010, she cut her teeth in the healthcare sector, working as an intern and employee. Along the way, she worked for the American Heart Association as well as a pharmaceutical company.

It was the latter company that showed Carter that pharma was not where she wanted to be. “I felt it was very demoralizing,” she told The Marijuana Times. She explained that, instead, “I wanted to do something that helped, not hurt, people.”

After some time, Carter felt launching her own venture was the way to go. She decided on a social media venture, and cannabis made perfect sense as her focal industry. While an enthusiast, Carter had some learning – and lots of networking – to do. She tapped into reliable sources like Marijuana Moment, Leafly, Word on the Tree and Twitter for the latest news.

From there, Carter’s first in-person efforts started at New York’s High NY events. There, she would meet with numerous people in the cannabis space, including cannabis and tech entrepreneur Jacobi Holland.

But it wasn’t that first meeting where the two sparked as business partners. That came at another event a little later down the road. There, the two bonded over common business goals and ethos. From there, Carter explained that Holland helped steer her in the right career path. Around this time is when the two worked with Lulu Tsui to launch a cannabis and tech group that they would eventually brand as REVEL.

On January 25, 2018, the group had its first show. A year later, and the event had hosted a list of influencers in cannabis such as former NFL great Tiki Barber and Chief Financial Officer of MTech Acquisition Corporation, Tahira Rehmatullah, just to name a few. “At Revel, we provide access to people that are doing things in emerging markets and doing the groundwork,” she explained. She also added, “They’re willing to tell their stories and help educate people so we’re not left behind when New York legalizes.”

When asked how she did it, Carter remains humble. “I don’t know how I get into the things I get into,” she half-jokes. However, it’s evident that she is here thanks to a decade of dedicated work and relationship-building.

Now, with a growing presence of her own, Carter is able to reflect on struggles in the cannabis community. Minority ownership, access and involvement is a significant concern. One particular area of interest is industry education. “It’s such a new industry, so a lot of stuff people don’t know since there isn’t a ton of information to go back on,” she explained. To remedy the issue, Carter suggests how-to guides of sorts which would show people how to obtain licensing, secure capital and create a sustainable enterprise, among the numerous other facets of cannabis education. After being shut out from the industry due to the war on drugs, these lessons are vital in reaching generational wealth, a concept Carter credits to Mary Pryor for inspiring her.

With Michigan recently passing its adult use laws, Carter saw an opportunity to help her childhood community with the wisdom she has learned in the space thus far. Now splitting time between her native Detroit and New York City, Carter notes that Michigan does not seem to be talking about cannabis like in the Big Apple. She believes that someone needs to start the conversation.

“The biggest thing is the conversation,” noted Carter. “There’s not a lot of people talking about it. There’s not a lot of events to attend if you’re curious about what’s happening or what’s going on in the industry.” She went on to add, “There’s opportunity, but no one is bringing it to the table.”

With her Revel experience and cannabis connections, Carter hopes to be one of the people bringing opportunity to the table in Michigan. “I’m taking my experiences from what I’ve learned in New York and California and bringing it to Michigan. I want to help my people.”

Carter pointed towards a particular interest in seniors, like her 81-year-old father. Despite working in cannabis, her family voted against the legislation. She attributed this discomfort around marijuana due to the war on drugs and its effect on people around her in Detroit. “They’ve seen the war on drugs. They’ve seen what it did to our community. That left a bad taste in their mouths.” She went on to say, “Now I have to come and break down these barriers and walls that have been built for decades.”

Spreading information online is something Carter is active in as well. Thanks to federal regulations, common marketing platforms such as Google and Facebook are not available to most cannabis entities. Carter sees PR as the way to get the word out. She credits others in the space like Zoe Wilder, Tracy at Type-A Media and Dasheeda Dawson as just a few of the others doing fantastic work in the cannabis space.

While Carter helps get the word out about cannabis in Michigan and New York, she intends to grow into a thought leader much like her partners Tsui and Holland. One day, her expertise could expand to areas she’s currently studying, which include sustainability and wellness. Recently, she took part in her first public speaking engagement at Millenials vs. Everybody in Detroit and now plans to develop a YouTube channel around cannabis, wellness and her yoga instructor certification.

As Heather Carter balances work in New York, Michigan and beyond, the burgeoning PR pro has a chance to expand into her own brand. However, she knows there is plenty of hard work and learning to do along the way. Where the journey takes her next will be discovered as it comes.