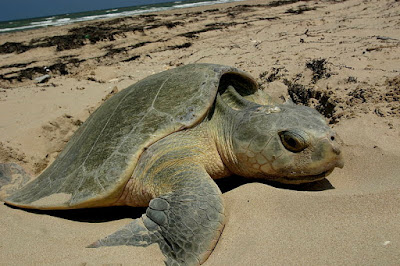 A member of the Women Who Sail Facebook group asked a while back if anyone missed the simplicity of living on land. It sparked a great discussion among the members and got me to thinking more in depth about the contrast I've experienced in our departure, years of cruising, and subsequent return (hopefully temporary) to land.
Our original departure involved downsizing from a four-bedroom, 3-1/2 bath 3-story home to a smaller condo and then to Kintala. It involved an unfathomable amount of sorting, discarding, selling, packing, and transporting; the sheer workload of all of it was a bit shocking. We had no idea what we would actually use or want to keep while cruising, although in the end we did pretty well in making the decisions, mostly because we lived on Kintala part-time on the lake before we left to go cruising. There was only a limited amount of things that we ended up getting rid of after a year or two of cruising.
The original departure was a conglomeration of emotions - excitement about the realization of our dream; nervousness about the unknown; concern about finances, the boat transport, the rental of our house; sadness at leaving grandchildren; and a certain amount of doubt at whether what we were doing was even possible.
The first year of cruising was complicated, the learning curve extremely steep. Learning our way around the practical issues of shopping, laundry, water, fuel, boat maintenance, navigation, weather, currents, tides and anchoring was a task that was anything but simple. It's the reason behind the failure of so many cruising dreams, the inability to understand that you have to get through the first year before you can even begin to think about being comfortable or confident. Too many people give up after only a few months, often just as the easier life is on the horizon.
In the second year, things got a little easier. We were often revisiting places that we'd been to before, so getting in and out of marinas and challenging places on the ICW became a little easier. By this point we had the routines figured out for shopping and laundry, we'd discovered what needs to go where in the boat storage, and we'd met enough new friends along the way to be feeling an integral part of the cruising community with all the emotional and physical support that entails.

It was in the third year that we really began to experience the realization that we were living our dream. We were comfortable, the boat was working well, we were cultivating some of the best friendships we'd ever had, and we were back in the Bahamas, our favorite cruising grounds. Our days were filled with daily tasks, reading, making music, and sunsets.
Unfortunately, the fourth year was the year that we realized we were not going to have enough money to live this life through until we got to Social Security age, and we didn't want to start taking money out of our retirement funds that early. We docked the boat and Tim worked two seasons in a boatyard to make enough money to keep cruising. By the beginning of year six, when it was becoming apparent that he didn't have the will to work another season there, we had the fortune of being offered a job near 7 of our 11 grandchildren, a job that would get us through till Social Security and allow us to continue to cruise for as long as we were able. The move back to land commenced.
I admit readily that I wasn't sure I could even do the move. The sea has become so integral a part of who I am that I wasn't sure I could live without it. And I confess that if it wasn't for the grandkids here I doubt I would have made it this far.
The first few months were full of the practicalities of moving: finding an apartment, a car, getting insurance straightened out, buying furniture and winter clothes and all the necessary things of living on land. For me as well, the first six months were full of a new diet and exercise routine to attempt to shed the many pounds gained while cruising. Now that we're pretty settled, though, I've had some time to think in greater depth about the transition and the quality of life in both places.
Is life on land more simple than life on the boat? The answer is much more complicated than a simple yes or no. Certain things are more simple for sure. Having the ability to do laundry right in the apartment without having to haul it anywhere in a dinghy is huge. Having a full-size refrigerator that holds ice and a week's worth of groceries is an unbelievable first-world privilege, right along with a toilet that flushes with clean fresh water. Having a supermarket just five minutes away via an air conditioned car ride is pleasant.
But the comforts of land life come at the cost of the complications, the exact ones from which we attempted escape in the form of cruising. The noise level on land is astonishing. The noise from traffic, radios, television, news, news, news, billboards, commercials, news, unhappy people, and Facebook, assaults you from every side nearly every hour of the day. The bureaucratic requirements of land life are also hugely demanding in the form of car ownership, registration, insurance, drivers' licenses, and local and state taxes.
The simplicity of life on land is experienced in the practicalities. All of the daily tasks are easier to accomplish on land. Boats, on the other hand, live in a harsh environment, are inconveniently designed for the most part, and require copious amounts of maintenance. The living spaces are small and everything takes at least three times longer to complete than it would on land. For a lot of people, the complexity of the daily tasks on a boat is a deal breaker.
Where the simplicity of life on a boat is experienced, is in the emotional, philosophical, and communal aspects of living. Once you get through the first steep learning curve, there is a deep-seated settledness that takes place in your soul. There's a sense of belonging to the natural world, living within its rhythms; a companion sense of disconnectedness from the consumerist lifestyle which typifies life in the modern world begins to become established. Even once we returned to land, this sense of settledness and disconnectedness still remained. It's impossible to emphasize how fundamentally living on a small boat with the sea changes you.

One of the most remarkable ways in which the sea changes you is in learning to live each moment for what it is, not colored by the past or the future, but only by the deepening golds and reds of the sunset. Mother Nature teaches you pretty quickly that human plans are completely futile, that every moment will be what it is that she has planned for you. It's that learned characteristic that we live with now: enjoying the time with the grand kids we have here and enjoying the ease of the practical life while we build up cruising funds to continue with our adventures.