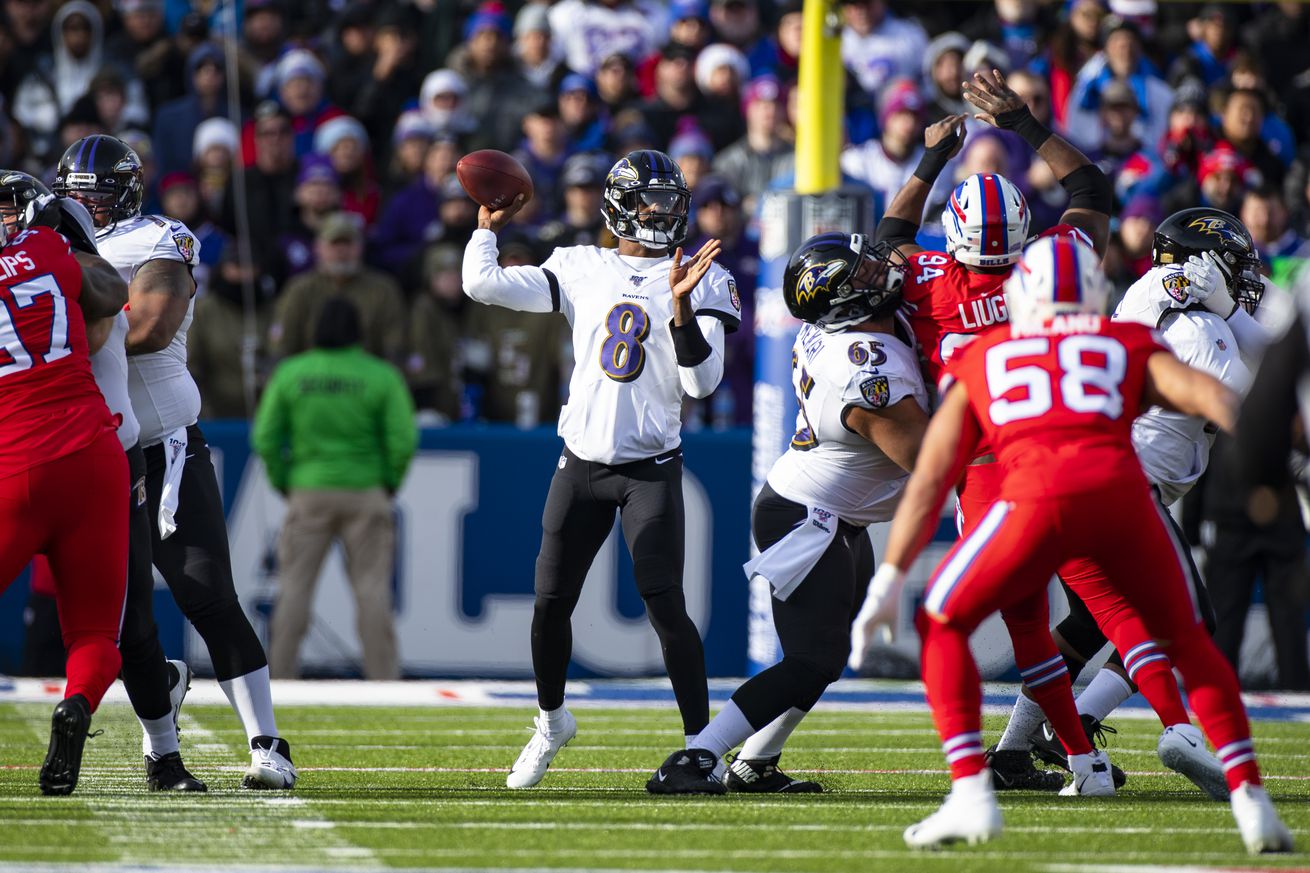 Crumbling the cookies: How the Bills should attack the Ravens

Every week, I write an opinion column on a few general game-planning tactics I like for the Buffalo Bills to use against their upcoming opponent—ones I think have a chance to be successful based on personnel usage and scheme along with the strengths and weaknesses of each team. These may take many forms, though I typically try to come up with at least one tactic on offense and one on defense.

I have never written this many “crumbling” articles in one season before. That’s because the Bills haven’t gotten to the divisional round of the NFL Playoffs in the last couple of years. The Ravens come to town this week in a game that has shadows of the past and serves as a great measurement of how far the Bills has come. What can Buffalo do to make sure the murderers’ (pun intended) row of AFC opponents continues for them into the AFC Championship? I have some thoughts...

The Ravens bring the blitz more than any other team in the NFL this season. Josh Allen actually has a higher passer rating against the blitz (111.6) than he does when not facing the blitz (105.7). At face value, this would appear to benefit the Bills and Allen. However, Allen posted the worst QBR of his 2019 season against the Ravens where he got blitzed on 11 of his first 12 passes and 63 percent overall that day, but has clearly shown improvement against the blitz in general.

Qualitatively, the TYPES of blitzes the Ravens send will be important and the types of answers offensive coordinator Brian Daboll gives to Josh Allen will matter. In the Bills’ last matchup against the Arizona Cardinals, a large impetus in Buffalo’s second-half offensive lull was protection issues with the zone pressures Arizona was sending. It should be noted that the Bills have a different left guard for this matchup than they did for the Cardinals game with Ike Boettger filling the spot once occupied by veteran Brian Winters, but it will be a good test of the protection communication. Getting the play in early and giving Allen time at the line will be important, along with hard counts to draw out rushers.

In addition, the amount of man coverage the Baltimore Ravens run is very similar to that of the Cardinals. The Bills self-scouted enough to know that their tendency to beat the blitz with a tunnel screen to an outside wide receiver would be on film, so they drew up a counter to that against the Cardinals in the form of a shot play to Gabriel Davis that was harpooned by less-than-ideal protection. More of those creative solutions may be necessary.

Don’t be a MOFO

The Bills ran MOFO coverages more often this season than they run MOFC coverages (33% cover 1, 21.2% cover 2, 19.7% cover 3, 13.4% quarters). When considering the work that the Colts’ tight ends were able to do against the Bills last week and the presence of Mark Andrews for the Ravens, the Bills would do well to make sure Lamar has to play the game as much as possible outside the hashes.

...and that’s the way the cookie crumbles. I’m Bruce Nolan with Buffalo Rumblings. You can find me on Twitter @BruceExclusive and look for new episodes of “The Bruce Exclusive” every Thursday and Friday on the Buffalo Rumblings podcast network!

Crumbling the cookies: How the Bills should attack the Ravens