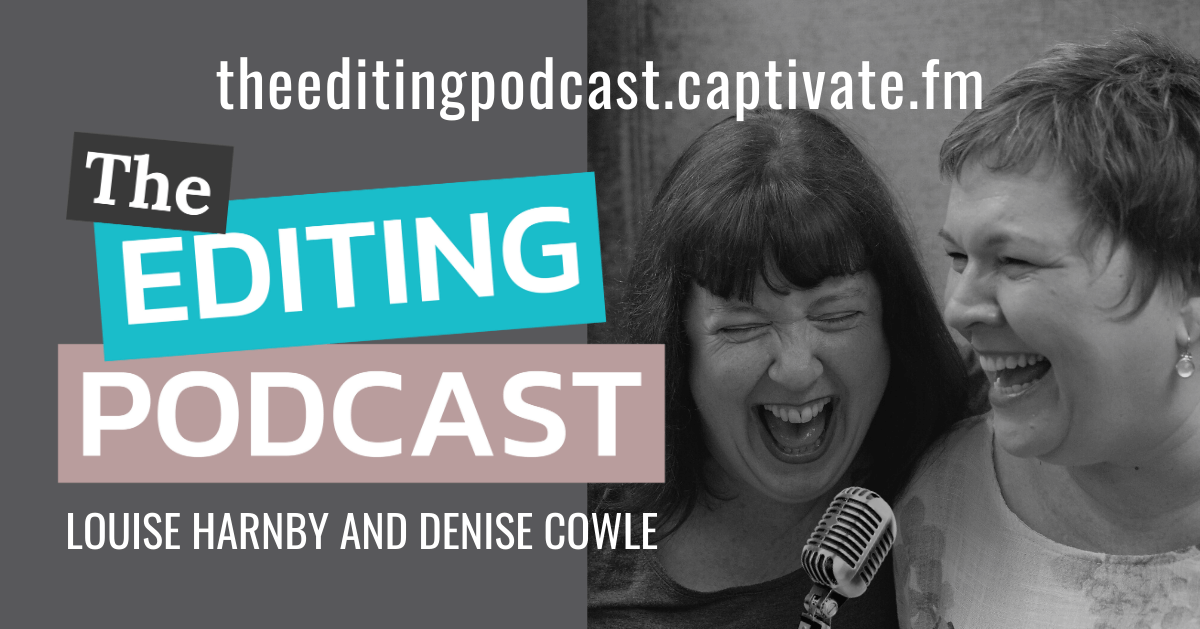 What is a comma splice? The Editing Podcast: S3E8

In this episode of The Editing Podcast, Denise and Louise explain what a comma splice is, why you should usually avoid it, and how it can add clarity.

​Click to listen to Season 3, Episode 8
​
​Other ways to listen
STITCHER | APPLE PODCASTS | SPOTIFY | CAPTIVATE
Or check out the show via your favourite podcast platform.

Don't fancy listening? Here are the nuts and bolts of our podcast chat, based on a transcript from the show.

What is a comma splice?
When two independent clauses – which could stand on their own as sentences and make perfect sense – are separated by a comma. For example:


Those two sentence above could be separated by a semi-colon, a dash, or a full stop and no one would be breathing grammar rules down your neck:

Standard punctuation
However, if you use a comma to separate them, that heavy breathing will come from some quarters:

That's because when readers see a comma they're inclined to think, This is the start of a list.

A standard method for showing a reader that they’re coming to the end of a list is to incorporate a coordinating conjunction such as ‘and’, ‘but’, ‘though’ and ‘or’. It acts as  shorthand for One more item’s coming. Then there’ll be a full stop.

And so when only two items are separated by a comma, the reader’s expecting at least one more item in that list. When that third item doesn’t appear and the sentence finishes, the reader is jolted because they've placed the emphasis in the wrong place. Try reading these examples out loud:


Your intonation likely changed as you read the words 'but I think oranges are okay' because you knew you were finishing a sentence. In the second example, you were left hanging after 'hate pears' and likely hadn't placed the stress correctly.

These kinds of stumbles are a distraction that, even if only for a split second, pulls the reader out of the writing. Now they’re thinking about where they placed the emphasis, not about our fabulous learning tool, enthralling plot line or groundbreaking academic research.

When comma splices can work: fiction
Comma splices are probably more prevalent in published fiction, and more acceptable. Sometimes, and with good reason. The comma doesn't always trip up readers.

The key is to allow splices to stand when they serve a purpose.

This prose is an experiment in rhythm. The splices work. But something else is going on too – the anaphora.

Anaphora is a literary device that uses repetition for rhythmic effect. In the Dickens example, the repetition of 'it was' pulls us along on a beautiful booky wave. Editing in semi-colons or full points would destroy the rhythm and would qualify as an example of editorial hypercorrection.

For a more detailed examination of anaphora, read: What is anaphora and how can you use it in fiction writing?​

Dialogue and mood
While a comma splice will stick out like a sore thumb in a piece of academic research or an education textbook, that’s not always the case in dialogue.

If the speech is truncated, or there's anaphora in play, a comma might well work. Imagine this scenario in a novel: two characters are having an argument. One says, ‘It’s not me, it’s you’.

Strictly speaking, that's a comma splice. There are two independent clauses with a comma. Would it bother you? Probably not. The speech looks and sounds natural to the mind's ear. Changing the comma to a full stop would slow down the rhythm of the character’s speech and affect the emotionality in the dialogue.

But most important, readers won't trip up; they'll place the emphasis correctly. And so while emotion and mood have been respected, this hasn't been at the expense of clarity.

Summing up
Louise Harnby is a line editor, copyeditor and proofreader who specializes in working with independent authors of commercial fiction, particularly crime, thriller and mystery writers.

She is an Advanced Professional Member of the Society for Editors and Proofreaders (SfEP), a member of ACES, a Partner Member of The Alliance of Independent Authors (ALLi), and co-hosts The Editing Podcast.
​
Visit her business website at Louise Harnby | Fiction Editor & Proofreader, say hello on Twitter at @LouiseHarnby, connect via Facebook and LinkedIn, and check out her books and courses.
Source: louiseharnbyproofreader.com

What is a comma splice? The Editing Podcast: S3E8