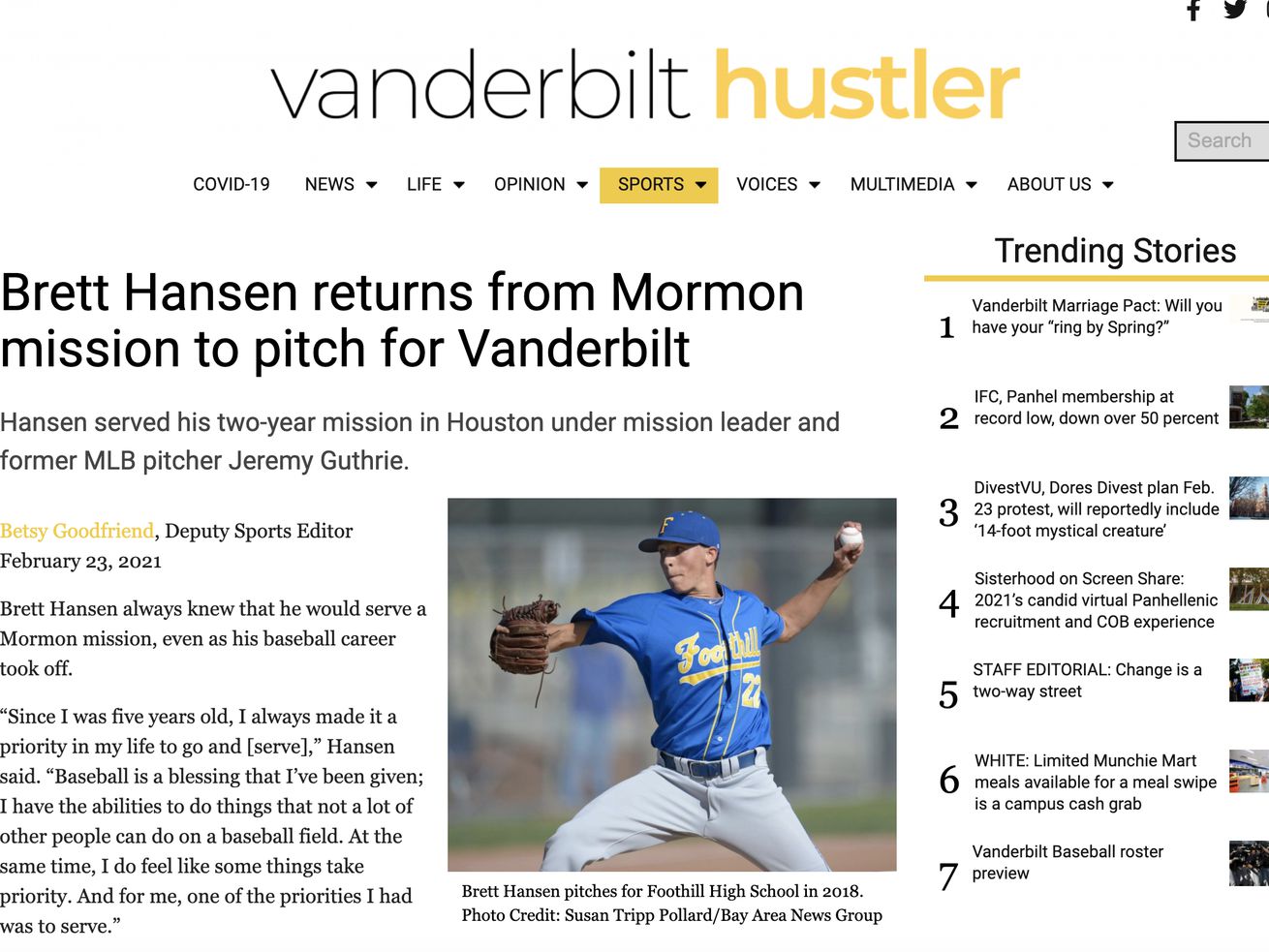 One of professional baseball’s top left-handed pitcher prospects has returned from serving a two-year mission for The Church of Jesus Christ of Latter-day Saints.

Brett Hansen was the 12th-ranked southpaw in his 2018 class and declined to sign with the San Francisco Giants before leaving on his mission, something he had looked forward to for most of his life.

Now Hansen is back at Vanderbilt University after serving in Houston under the leadership of his mission president and former major league pitcher Jeremy Guthrie, according to an article on Vanderbilthustler.com.

While most of their time in Texas was spent in missionary service, elder and mission president had a few opportunities to play catch.

“I definitely didn’t give any pitching tips,” Guthrie said in the article. “I was just trying to catch the ball and not die. He was throwing a lot harder than what I’ve been accustomed to.”

Read the full article at Vanderbilthustler.com.