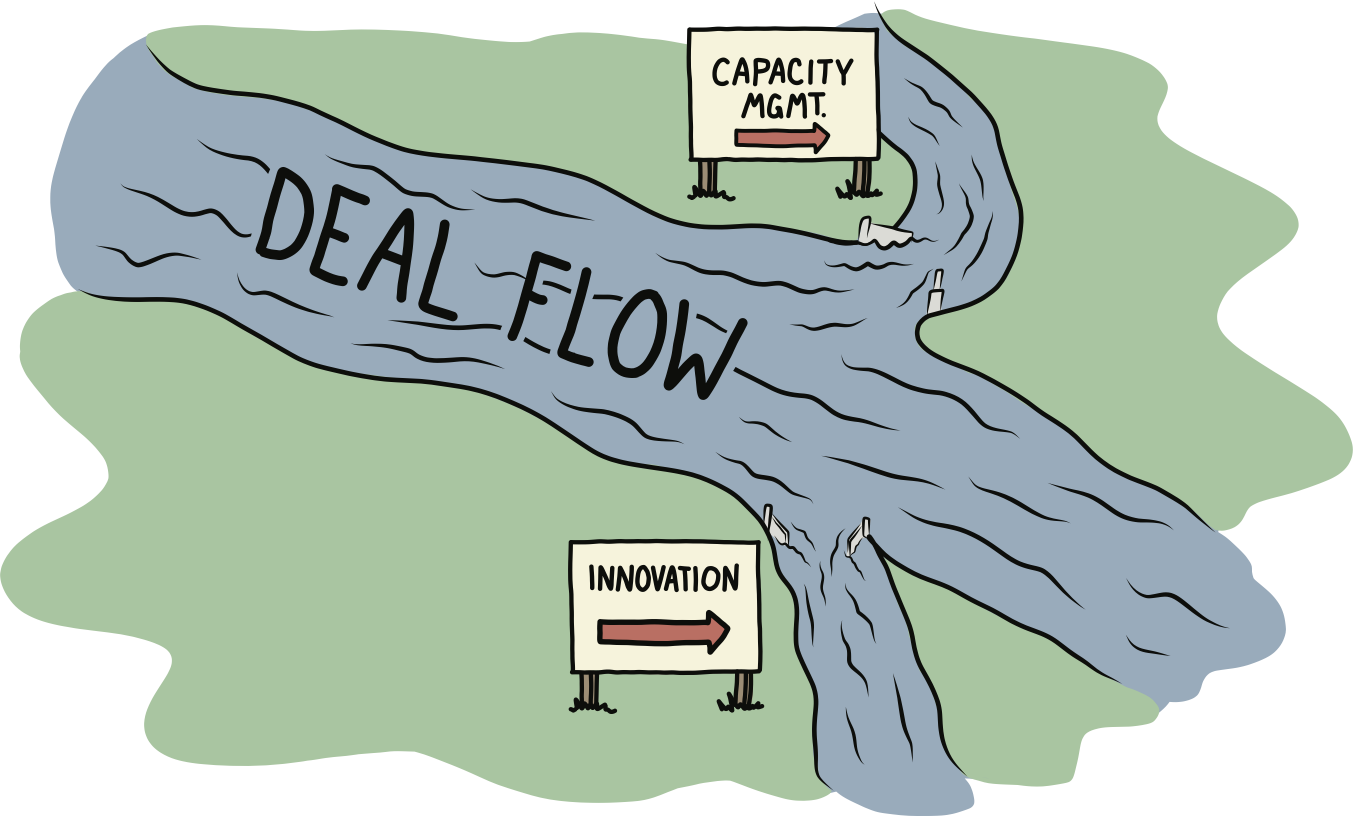 Deal Flow: What Helps You Sleep at Night 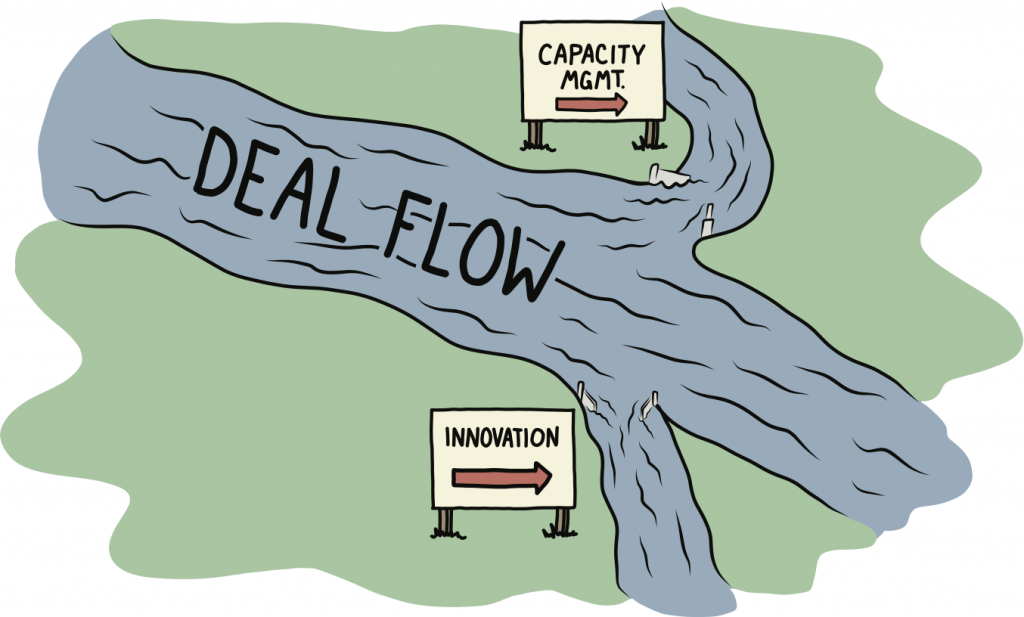 Back when I owned a firm, there was one single thing I worried about more than anything else: having enough business to keep my team busy. I figured I could solve every other problem if I solved the new business problem, whether that was finding enough people to do the work, staying innovative, or whatever.

And–except for one dark time after losing a big client–we were successful over those six years.

I was talking with Blair, my podcast partner at 2Bobs, and he brought up the idea of deal flow. We were noting how deal flow makes such a difference at firms who have an excess of opportunity.

I talked about that in my book, too, noting how the right size for your firm is always “just a little bit smaller than the amount of opportunity you have.” That gap between your capacity and your opportunity represents your ability to say “no” and maintain your control or provide sufficient options.

I do it all the time, but it’s even harder to consult with firms who don’t have enough work, simply because we need to solve that challenge right away or the rest just doesn’t matter all that much.

Deal flow is a term used by finance professionals such as venture capitalists, angel investors, private equity investors and investment bankers to refer to the rate at which they receive business proposals…. The term is also used not as a measure of rate, but simply to refer to the stream of offers or opportunities as a collective whole. An organization’s deal flow is considered “good” if it results in enough revenue- or equity-generating opportunities to keep the organization functioning at peak capacity.

That’s exactly it, too. Most of you know how to be courageous and what courage looks like. But if you only have one prospective client to fit that one hole in your capacity, you’ll talk yourself into the fit. You’ll justify the decision by noting that giving your team something to do is better than nothing at all, even though the client isn’t paying enough or they aren’t a good fit in another way.

But what if you have two prospective clients to fill that single spot on your roster? In that case, it takes virtually no courage at all to choose the better fit.

That, my friend, is deal flow, and that’s exactly what allows you to keep your organization functioning at peak capacity.

If you don’t have enough deal flow, you can’t innovate, either, which is really just another form of “wasting” opportunity and not panicking about it.

If you don’t have enough opportunity, your lead generation plan might be lame or even non-existent. If you’re struggling to fashion a lead generation plan, it could be because you’re trying to build it on the same lame positioning that’s so widespread these days.

Fix it and sleep better at night.

The post Deal Flow: What Helps You Sleep at Night appeared first on David C. Baker.

Deal Flow: What Helps You Sleep at Night