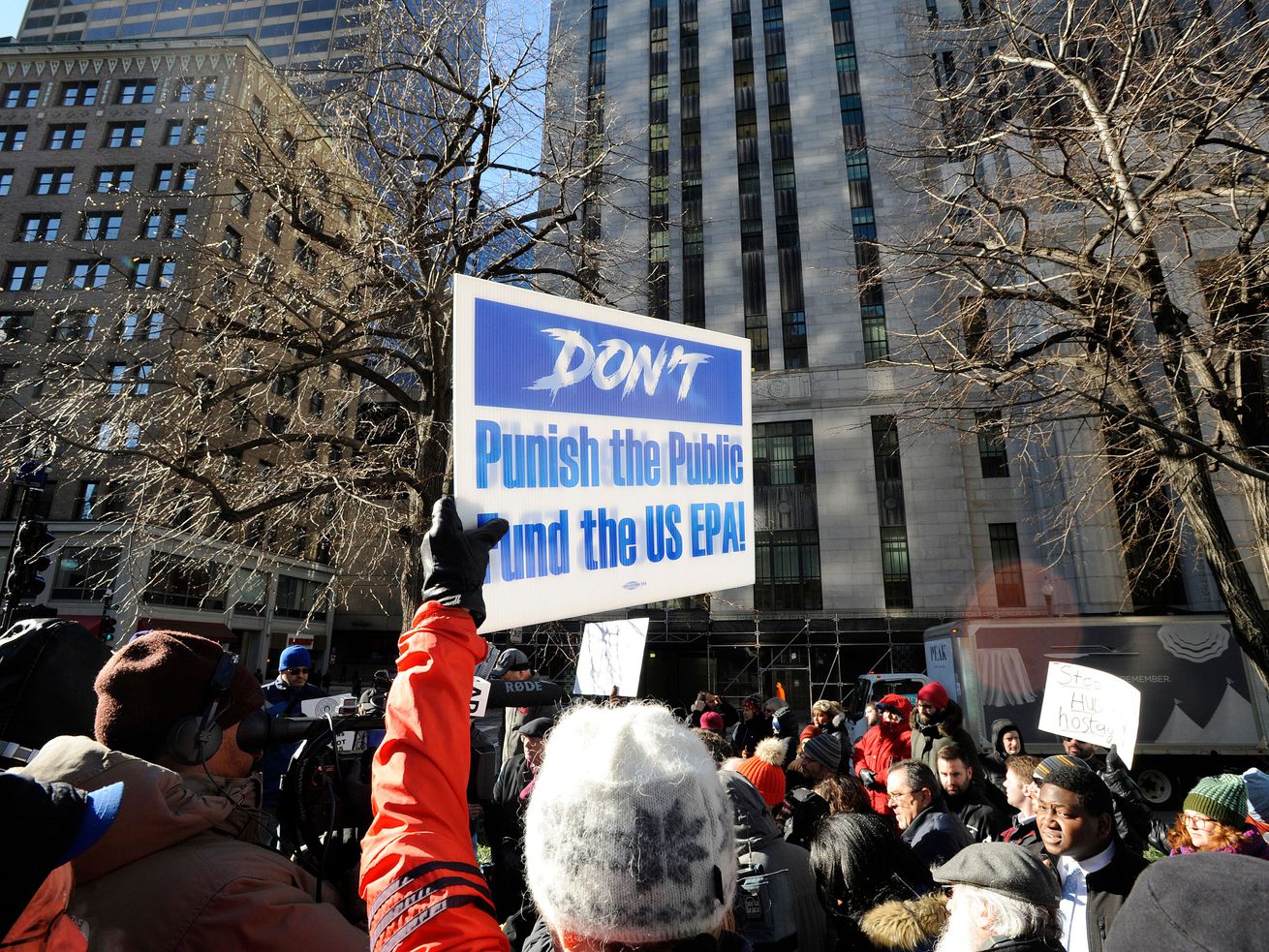 10 ways Biden should fix the EPA

Biden is expected to nominate Michael Regan to lead the agency, which must be rebuilt and strengthened in the new administration.

President-elect Joe Biden will nominate Michael Regan, secretary of the North Carolina Department of Environmental Quality, to head the Environmental Protection Agency, according to multiple news reports. Regan has two decades of experience in environmental policy and positions at the Environmental Defense Fund as well as the EPA, and would be the first Black man to run the agency in its 50-year history if confirmed.

Regan and the Biden administration will need to not only restore our nation’s premier environmental regulator but also remake it, adapting it to tackle mounting environmental problems against which it has long faltered, from climate change to rampant environmental injustice to toxic pollutants old and new.

It might seem like an impossible task, given that climate-linked disasters keep multiplying, many curbs on greenhouse gas emissions have vanished, and environmental enforcement has plummeted. But our new leaders and all Americans can take inspiration from how we have done it before.

Fifty years ago, our rivers were on fire, smog choked our urban centers, and state and local governments struggled to respond. In the single month of December 1970, President Nixon opened the EPA, its new head William Ruckelshaus came out swinging against water polluters and industry-dominated state pollution boards, and Congress finalized the Clean Air Act, which Nixon then signed into law.

Since then, the EPA has brought substantial improvements in our air, water, and dealings with hazardous waste, benefiting not just our health but also our economy. Over the past four years, however, EPA political appointees tied to industries regulated by the agency have set about stripping this vital agency of its power to act. Tragically, they’ve done so even as environmental pollution still contributes substantially to premature mortality, cancer, and heart disease, as its effects still weigh most heavily on our society’s most vulnerable and exploited, and as climate disasters impose ever more unmistakable impacts on Americans’ health and well-being.

What can be done to reverse the EPA’s systematic weakening under Trump, while retooling it to meet today’s challenges? The wisdom of staffers as gathered from the Environmental Data and Governance Initiative’s EPA oral history project and interwoven with our own analysis suggests there’s much that a Biden administration and the EPA itself can do.

Here are 10 things the new leadership should do to fix the EPA.

As the world’s largest historical emitter of greenhouse gases and still the second-largest annual contributor, the US has for too long shirked its global duty in helping alleviate the climate crisis.

The first step to rectifying this will be rejoining the Paris climate agreement and then translating our Paris commitments into policies that speed emissions reductions, a job that the Clean Air Act and the courts have placed largely in EPA’s hands. To make up for four years of EPA inaction under Trump, the Biden EPA must reverse the Trump administration’s rollback of Obama-era policies for curbing greenhouse gases and strengthen them in durable ways including possible legislation, and improve emissions reporting so that everyone can easily follow policies’ impacts.

2) Restore the budget and staff

The EPA’s staff has declined 22 percent since 1999, and its inflation-adjusted budget is now less than in 1979. Its budget has shrunk despite added responsibilities, limiting its ability to carry out longstanding work such as enforcing the Clean Air and Water acts and ensuring clean drinking water nationwide, while impeding its response to newer challenges, from tracking and lowering greenhouse gas emissions to preparing for and responding to the heat waves, wildfires, superstorms, and other threats posed by climate change.

To start fixing that, President-elect Biden should propose — and Congress should approve — a 10 percent or more increase to the agency’s funding. This would allow the EPA to hire adequate staff to meet its current responsibilities and decisively tackle climate change.

In the Trump EPA, political appointees — as well as scientific advisers — have had extensive ties to industries regulated by the agency (such as the fossil fuel and chemical industries). But the agency’s decisions must be based on science and the public’s health, rather than an industry’s bottom line. The federal government needs to create better ways to prevent these sorts of conflicts of interest that undermine sound science and public confidence.

The EPA has long struggled with how much more people of color are exposed to pollution. To better rectify this, the Biden administration should prioritize environmental justice not just through agency-wide administrative actions (which can be backpedaled later), but by advocating for greater legislative authority in this arena.

Among the promising recent legislative proposals, a proposed Public Health Air Quality Act mandating more fenceline monitoring would greatly aid the agency’s ability to recognize and respond to these communities’ dilemmas. An environmental justice bill passed in New Jersey as well as a similar federal bill introduced by Sen. Cory Booker (D-NJ) would also give the agency stronger legal tools to limit pollution in overburdened communities.

The EPA has had limited success ensuring the safety of chemicals used in everyday products, guarding against lead contamination of drinking water, and banning chemicals like asbestos that cause deadly diseases.

To tackle these toxics, the agency should improve implementation of the 2016 Frank R. Lautenberg Chemical Safety for the 21st Century Act. It should also strengthen air quality and other standards to prioritize protection of pregnant women, infants, and children from hazardous chemicals. And it should do more to protect children from lead — one way to do this is to dedicate funding to rapidly replace the millions of lead service lines that still carry drinking water in many parts of the country.

The EPA’s ability to protect human health and enforce environmental laws hinges on science and scientists. But during the Trump administration, scientists were sidelined from top-level decision-making, and hundreds left the agency, weakening its expertise. To make the EPA a place where top scientists want to work means improving the hiring system, providing them with sufficient resources for their work, and heeding their knowledge and recommendations. The EPA must reinvigorate its scientific workforce, advisory system, and research to ensure that environmental decision-making is grounded in science.

The EPA’s power and willingness to enforce environmental laws has undergone long-term erosion but dropped off precipitously under Trump — even as noncompliance remains frequent. To increase pressure on polluters on behalf of the public, the EPA needs to step up enforcement, especially when and where the states do not. To do so, its enforcement capacity needs rebuilding (environmental and compliance staff fell 23 percent under Trump), and from the outset, the new administrator and his team need to announce and pursue a serious commitment to taking on violators.

Much of the federal government’s existing environmental data infrastructure remains fragmented, partial, and outmoded. The EPA should update technology for measuring and monitoring pollution and better integrate its data systems across programs. This promises to improve the agency’s work by, for one, enabling more prompt targeting of violators. It should also strive to help people and advocacy groups better understand what is going on.

Even the EPA’s best current digital interfaces pose challenges for ordinary citizens seeking to learn about nearby facilities, from unfamiliar acronyms to unexplained numbers. EPA data on polluters as well as the agency’s own actions or inaction need to be made more transparent, accessible, and interpretable to the public, so as to better inform communities about the environmental risks surrounding them. Making it easier to analyze environmental justice impacts at the community level should be an agency priority.

9) Be a better steward of information

The EPA should be a national force for educating the public about the science that grounds our environmental laws. Under Trump, this agency slid in the opposite direction, removing not just references to climate change but much other scientific information from its websites, abandoning many environmental education efforts, and even turning its press office into a megaphone for conservative op-eds by its political appointees. The incoming leadership should ensure not just that the agency provides factual, technically accurate, and user-friendly information, but that it actively promotes environmental science literacy.

10) Partner with the American public

To accomplish many of these goals, the agency needs support from advocacy groups, educators, and other environmentally concerned citizens. These partnerships will provide new avenues for communicating accurate information about environmental problems, including more “citizen science” to enhance the agency’s work. They will also fortify efforts to push for local, state, and federal actions to improve environmental health and address climate change, and to further strengthen the EPA’s abilities.

For 50 years, the EPA has played a critical role in making our air cleaner, providing safe drinking water, and ensuring that rivers no longer spontaneously catch fire. Let’s rebuild and strengthen the agency so that it is equipped to prevent the fires, both literal and figurative, of our present and future.

Marianne Sullivan is a professor of public health at the William Paterson University of New Jersey and a member of the Environmental Data and Governance Initiative (EDGI).

Christopher Sellers is a professor of history at Stony Brook University, a research fellow at the Institute for Historical Studies at the University of Texas at Austin, and on the coordinating committee of EDGI. He is the author of Crabgrass Crucible: Suburban Nature and the Rise of Environmentalism in 20th-Century America, and forthcoming books on the history of environmental politics in Atlanta, Texas, and Mexico.

10 ways Biden should fix the EPA