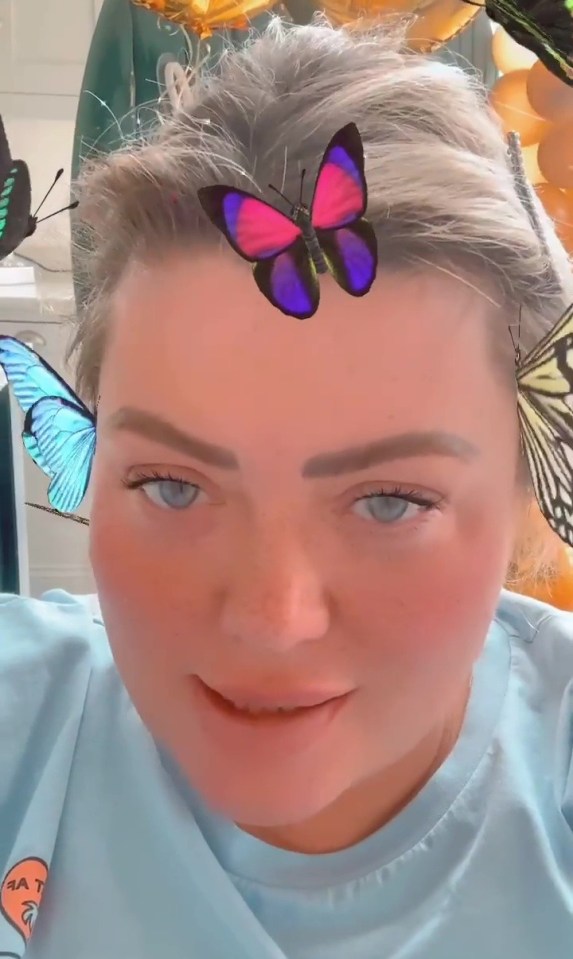 GEMMA Collins revealed she “broke down in tears” after watching old videos of parties from before the pandemic last night.

The emotional 40-year-old reality star told her fans that she was in floods of tears waiting to hear Prime Minister Boris Johnson’s roadmap out of lockdown after a difficult year.

The former Towie icon said she was desperate for things to “return to normal” and “get her roots dyed” as she spent the day reminiscing about life pre-pandemic.

Taking to social media, she said: “Guys I’ve had to come on here, I’ve been reduced to tears.

“Reminiscing what life was like before the pandemic – the videos, the memories, the parties.

“I’ve been crying my eyes out but happy tears, it’s all going to come back.”

The self-confessed diva said that she’s been reduced to using filters on social media to hide her dark roots.

She added: “I’ve had to use a filter, the hair is black, no massages, no facials. I mean things are bad guys. I’m just hoping Boris is going to give us some good news.

“I hate to admit this – I just long for the day when we can all get back to normal life and I don’t have to use this butterfly filter anymore, because the hair will be done, everything is going to be done.”

He repeatedly stressed that lockdown will be eased cautiously, and he will be guided by “data not dates”.

Gemma has been on a rollercoaster of emotions this year.

The star kept us entertained with her reality show Diva in Lockdown.

Viewers watched Gemma cope with the coronavirus lockdown as the GC bid farewell to her film crew and instead used fixed-rig cameras to capture her antics at home.

But as she tried to stay positive her year ended in disaster as both her parents were taken into hospital with Covid-19.

The star was told that her dad Alan “might not make it” after contracting the deadly bug alongside wife Joan.

“It literally tears you apart,” she admitted on an episode of her Gemma Collins Podcast.

GOTTA ROLL WITH IT

'hard to look away'

“There were moments where we all had to have the chat about you know what if dad doesn’t pull through.”

Luckily they both made a recovery last month, Gemma told fans her dad Alan’s recovery was the best 40th birthday gift.

She said: “”I’ve seen Versace parcels Gucci parcels Chanel parcels so thank you I will find out who’s sent them tomorrow but the biggest gift of all is my dad who is recovering slowly and things are looking positive small steps but he’s getting stronger daily ! X