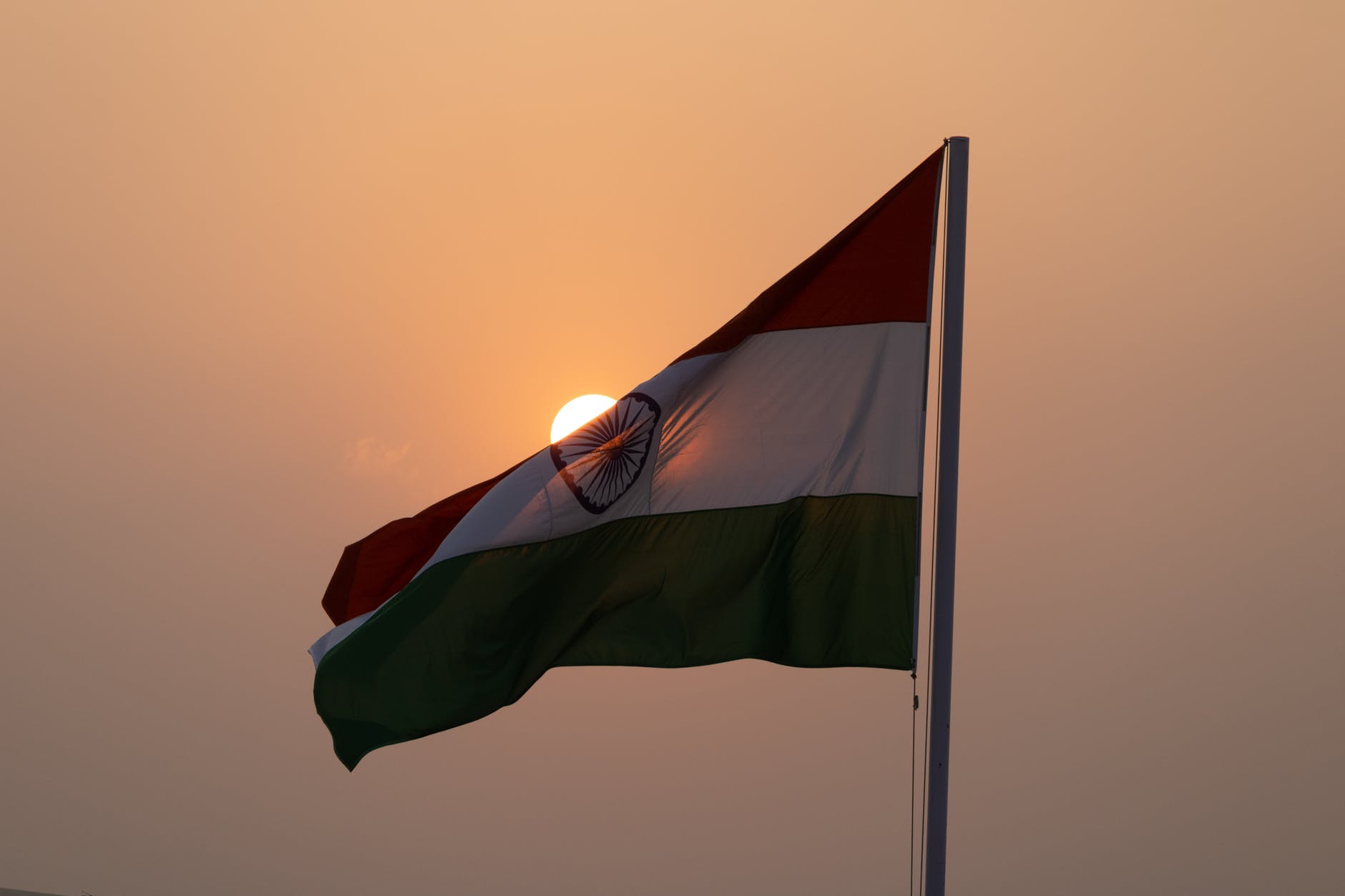 I have now been in India for the last couple of weeks. Even though I am a US citizen now, I have followed Indian politics with great interest all my life . I have always stayed away from political party affiliations all my life – both when I lived in India as well as when I moved to USA .

Needless to say , all these thoughts are expressed purely in my personal capacity , while looking at the world through the eyes of a management consultant . I make no judgement of what these parties stand for etc in this commentary .

When I read the news of Jyotoraditya Scindia leaving INC and joining BJP, I couldn’t help thinking about the parallels with classic top talent management in the corporate jungle I am familiar with .

The common factor you see in top talent in any field is Ambition – be it for the pure thrill of winning , be it for money , titles , social status or whatever else . When channeled carefully , ambition works in favor of the organization . When ignored overtly or covertly, the effects could range from extremely low value add to outright sabotage .

1. You can’t act if you don’t know what they want

When you spot such high talent – you should take the time to understand their ambitions and then keep up with it over time since people evolve their ambitions . I have personally been confused many times about my own team when someone asks for promotion when what they really need is a raise – but can’t separate the two without an honest conversation . If I reject the promotion because that’s all I heard directly (and I think the person is not ready to operate at a higher level yet) – I might lose the talent from my team . If I had the conversation and understood the real ask is more money – I might have a chance to retain the talent . But few years later – money might not be the big motivator for the same person – it might be the title , or public recognition or something else . As a leader – you need to know what is the ambition of your top talent at all times !

It’s not clear to me what Scindia Jr wanted ( I can speculate) – and it’s not clear if Sonia Gandhi knew exactly either . But clearly he ran out of patience after a while and walked away . His resignation letter that I saw on twitter was pretty straightforward .

2. There are always organizational antibodies , and top leaders might unwittingly enable them

Tenure is a double edged sword in every organization. Once people get comfortable being kings or kingmakers , they may find it harder to let anyone else too close to power that they don’t care for personally . Merit and potential all tend go for a toss . If the top leaders surround themselves with the same advisors for a long time – it’s inevitable that their ability to spot top talent (or know details of their plans ) will start diminishing .

When top talent sees a leadership vacuum above them, their instinct often is to see if they can fill that vacuum . They enjoy strong leaders they can learn from . It’s one of the difficulties with matrix management systems that talented people might find it odd to see inconsistent quality of leadership . When it gets to a degree they are not comfortable with – they start planning their exit .

In MP politics – it’s possible that Digvijay Singh and Kamalnath perhaps acted as the antibodies preventing Scindia’s growth . They both enjoy the support of the first family .

From the outside, I cannot divine who holds power in INC anymore . In theory it has to be Sonia Gandhi and her two kids . But Rahul has clearly said he is not in charge . So I am guessing it’s some combination of the old guard war horses like Ahmed Patel and AK Anthony who are holding the fort together . That might have at least partly convinced Scindia that the juice is perhaps not worth the squeeze to hang on much longer

3. Top talent might not even make a big fuss when they don’t get what they want

This is a big problem – a lot of high caliber people do their work and wait for their leaders to reward them for it . They may very gently raise it with their leaders from time to time – but generally stay away from getting a reputation of being aggressive . They have the confidence that they can easily get what they need outside their current organization and that is why they don’t create the fuss .

Leaders who ignore this aspect usually realize their folly only after the proverbial horse has bolted from the barn . These are not the type of people who will stay for a last minute counter offer – unless perhaps it’s earth shatteringly good !

Scindia did everything he was asked for but never got a proportionate reward . And when he left – perhaps the only offer to make him stay would have been to offer INC president’s job . And that’s unimaginable in INC – considering an ailing Sonia Gandhi has to take up the role when Rahul Gandhi walked away !

4. They build strong knit teams and take those teams with them

There is an exponential effect when you can’t retain top talent . They are natural leaders for whom their teams love to work . And when such people leave – their teams tend to be quite demotivated and will try to leave with them as well . You cannot hold people against their will for very long – and the price to pay is high . I have often seen this with sales leaders in corporate world where the best sellers generally follow the VP from company to company .

Scindia has a loyal team in MP and will naturally take his people with him to BJP .

5. While you are ignoring, competitors are watching

This is one of those strange things in life . You have extremely talented homegrown people that get taken for granted at a certain point . You might salivate looking at the talent at your competitors and worry about how you can poach them . At that point – the competitors are also plotting strategies on how to get your best people . It’s very very hard to get senior people to move when they are happy and content . But when they feel continually overlooked – it’s relatively easy to convince them to jump ship . Most competitors keep contacts warm with top talent in the industry for this reason . They wait for the right timing to make their case and force a decision in their favor .

BJP – even on a foggy day – could have seen from a mile that Scindia was not getting his due from INC . His own aunt is a senior BJP leader and CM . So they made it work and INC should have totally seen it coming .

6. Reputations are hard to win and easy to lose

Organizations that can’t hold their good people lose their reputation steadily . Then it evolves over time into a self feeding frenzy where the remaining top talent starts to wonder whether they are being stupid to hang around any longer , and start jumping ship . This is hard even when times are good . But when times are bad – this could become a real nasty problem .

That’s why in both good times and bad , organizations need to make room for people to grow . This often needs removing some from the top to make it work especially when times are bad . Those are hard decisions without a doubt . But if that’s not done systematically – the old guard will stay and not add additional value , while the up and comers will find a low ceiling and they leave .

INC (also other parties) has a long history of their leaders leaving them because they run out of runway – Scindia Sr ( who once even best Mr Vajpayee in Gwalior ) , Sangma , Pawar … there are lots of examples from the past . But when the party was in power, they could live with it . Now INC is in trouble and they can’t handle attrition that easily . If they don’t mend their ways – others like Sachin Pilot maybe the next to look for greener pastures .

So who is doing good talent management in Indian politics ?

Narasimha Rao and Rajiv Gandhi both come to mind upfront . Rao brought it talent like Manmohan Singh as his FM and that was brilliant for INDIA and INC . Rajiv brought in young talent of the time like Gehlot , Pilot and Scindia to prominence and largely those moves worked well too . But somehow INC lost that muscle after Rajiv’s and Rao’s time .

BJP seems to be doing a fine job now ( of course like INC , they also deserve some criticism on a few choices ) in building talent from the ground up . Modi , Naidu , Rajnath Singh etc all grew up the ranks and gained valuable experience before getting their current jobs . Some (though not Modi himself) were party presidents for a bit before getting cabinet postings . That investment in systematic and long term talent management seems to help them grow their influence over time .

I hope INC addresses its talent problem pretty soon in a comprehensive fashion. India needs at least two strong national parties to be an effective democracy . A democratic INDIA is an absolute must for its citizens and for the world at large .