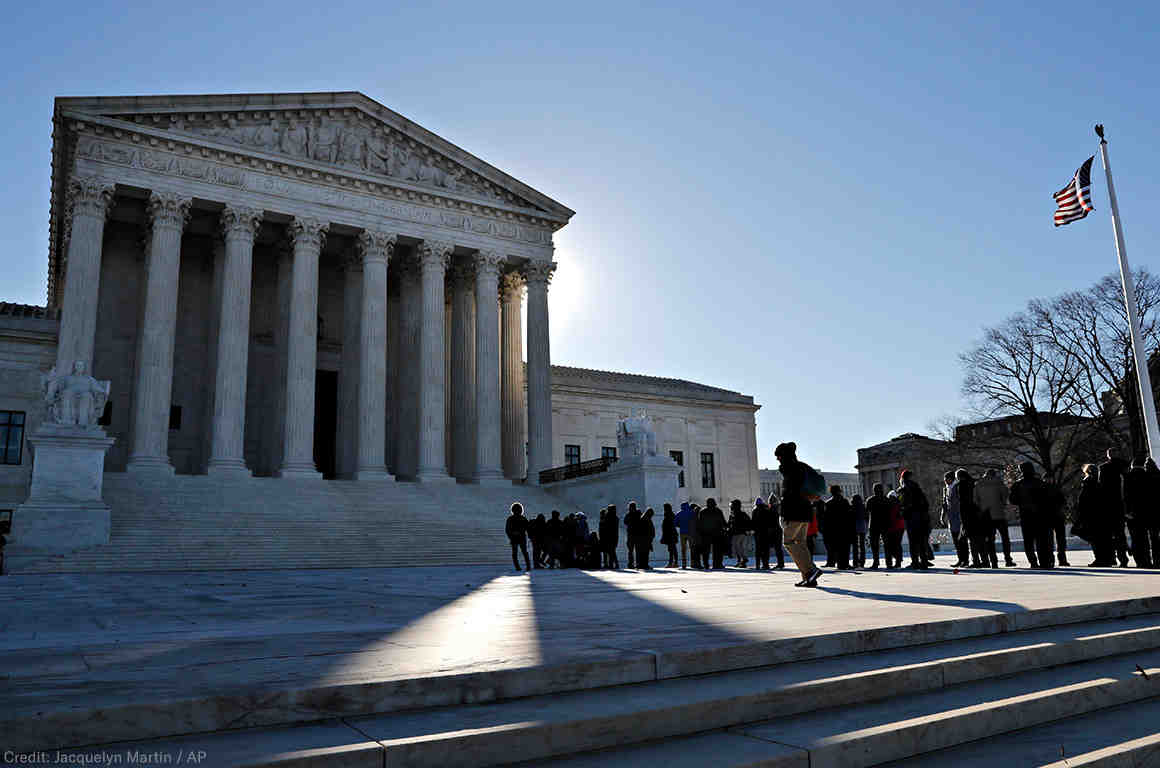 The Supreme Court Rightly Cited the Black Codes in Ruling Against Excessive Fines, Fees, and Forfeitures

The justices held that the Eighth Amendment protects people from state and local authorities’ abusive reliance on monetary penalties to raise money.

The fact that this landmark decision is unanimous is itself remarkable. But it bears noting that in separate opinions, both Justice Ruth Bader Ginsburg and Justice Clarence Thomas acknowledge the historical context for the modern-day protection against excessive fines, fees, and forfeitures: southern states’ abuse of fines to enforce white supremacy in the years following the Civil War.

The question presented by Timbs is whether the Excessive Fines Clause is incorporated by the 14th Amendment and therefore applicable to the states. When the Bill of Rights was adopted in 1791, it applied only against the federal government. In the aftermath of the Civil War, the Fourteenth Amendment granted citizenship to formerly enslaved people and, among other things, prohibited state governments from depriving people “of life, liberty, or property without due process of law.” Since then, the U.S. Supreme Court has held that most of the protections in the Bill of Rights apply to the states because they are incorporated by the 14th Amendment’s Due Process Clause.

Justice Ginsburg and Justice Thomas both conclude that the protection from excessive fines extends to state and local conduct because this right is “fundamental to our scheme of ordered liberty” and “deeply rooted in this Nation’s history and tradition.” Both justices trace the roots of the Excessive Fines Clause to the Magna Carta’s prohibition on monetary penalties that are disproportionate to the offense and so large that they deprive individuals of their livelihood.

Significantly, Justice Ginsburg and Justice Thomas’s opinions both detail how, after the 14th Amendment was enacted, states across the South used excessive fines to pull recently freed Black people back into involuntary servitude. Justice Ginsburg writes:

Following the Civil War, Southern States enacted Black Codes to subjugate newly freed slaves and maintain the prewar racial hierarchy. Among these laws’ provisions were draconian fines for violating broad proscriptions on “vagrancy” and other dubious offenses. . . .  When newly freed slaves were unable to pay imposed fines, States often demanded involuntary labor instead. . . . Congressional debates over the Civil Rights Act of 1866, the joint resolution that became the Fourteenth Amendment, and similar measures repeatedly mentioned the use of fines to coerce involuntary labor.

For example, under Mississippi law, adult “freedmen, free negroes and mulattoes” “without lawful employment” faced $50 in fines and 10 days’ imprisonment for vagrancy. . . .  Those convicted had five days to pay or they would be arrested and leased to “any person who will, for the shortest period of service, pay said fine and forfeiture and all costs.” . . .

This sordid history is crucial context. Even today, fines and fees perpetuate injustice and drive racial inequality. Our amicus brief in support of the petitioner in Timbs details how the overreliance on fines and fees for government revenue creates powerful incentives to impose excessive financial penalties, with disastrous consequences on people who cannot pay. The impact is especially harsh for people of color due to longstanding racial disparities in wealth and poverty, perpetuating cycles of debt, instability, and criminal legal system involvement that hurts families and the public at large.

Kevin Thompson, a Black teenager, was unlawfully jailed for five days because he couldn’t afford to pay more than $800 to a court that sought to raise revenue for DeKalb County, Georgia. Single mothers of color are jailed for up to 57 days and separated from their children because they cannot pay exorbitant fines to the courts of Lexington County, South Carolina. Hundreds of thousands of people, disproportionately of color, are harmed by North Carolina’s revocation of driver’s licenses simply for inability to pay court debt.

Justice Ginsburg, writing for seven justices, recognized that monetary penalties must be closely examined for excessiveness precisely because “fines are a source of revenue” and are therefore prone to be used “out of accord with the penal goals of retribution and deterrence.” Citing our amicus brief she noted, “This concern is scarcely hypothetical.”

Justice Ginsburg and Justice Thomas’s opinions in this case send a unified message: Our right to be protected from excessive fines, fees, and forfeitures is fundamental. States cannot impose crippling monetary penalties that impoverish individuals and deprive them of their livelihood. Practices that fly in the face of these safeguards have been used to perpetuate racial injustice in the past — and they have no place in our present.

The Supreme Court Rightly Cited the Black Codes in Ruling Against Excessive Fines, Fees, and Forfeitures