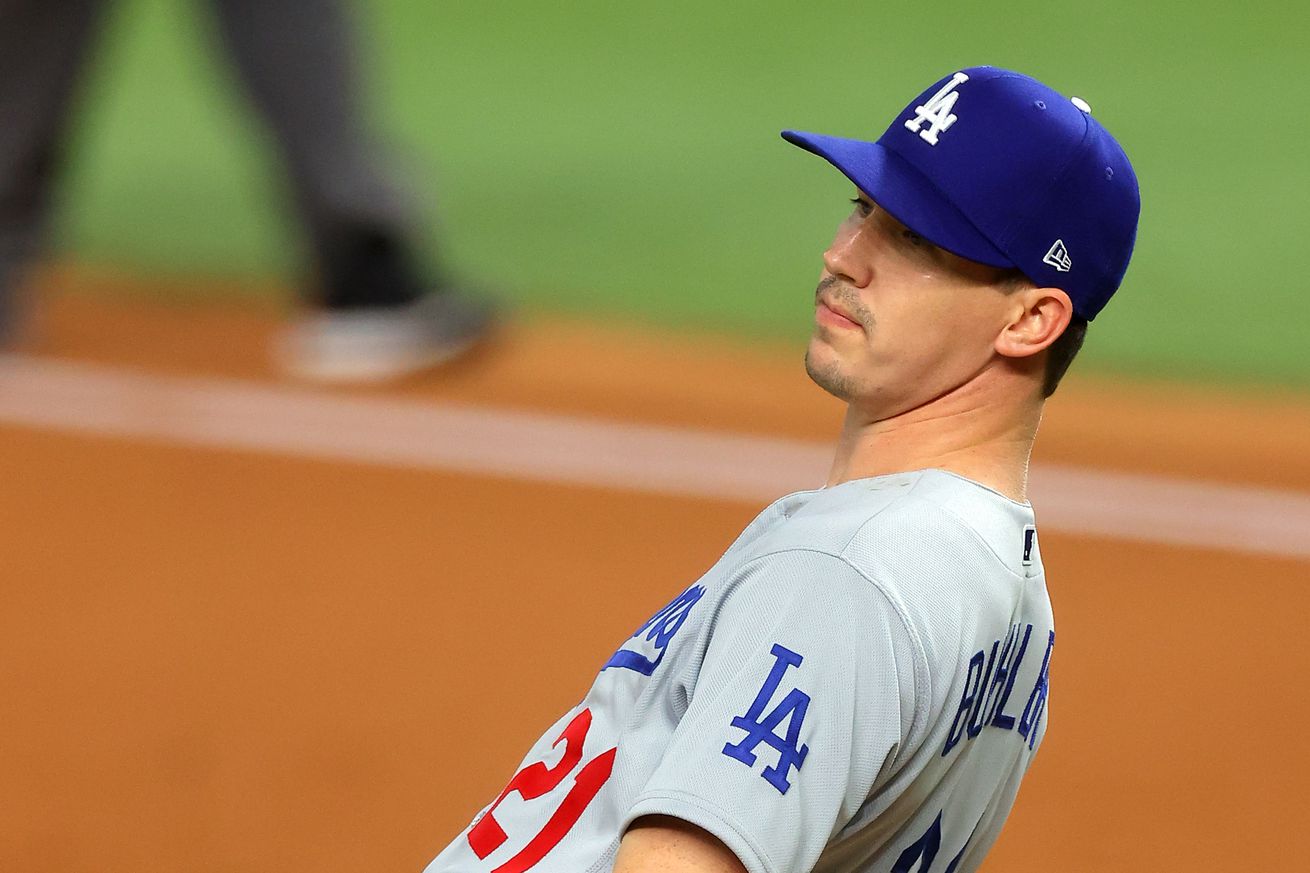 The Rays fell behind once again, being unable to solve Walker Buehler

[MLB Trade Rumors] D-backs Claim Taylor Guilbeau From Mariners - Now 27 years old, Guilbeau joined the Mariners as part of their return from the Nationals in a 2019 deal that sent relievers Roenis Elias and Hunter Strickland to Washington. Guilbeau went on to toss 20 innings of 2.70 ERA ball with a 59.1 percent groundball rate as a member of the Mariners, though he also struck out barely more hitters (10) than he walked (nine). He dealt with a shoulder strain in 2020 and saw his velocity tumble.

[Arizona Sports] Report: D-backs' Luis Urueta interviewed for Red Sox's managerial job - Arizona Diamondbacks bench coach Luis Urueta has interviewed for the Boston Red Sox’s vacant managerial position, according to ESPN’s Enrique Rojas. Urueta reportedly also spoke with the Red Sox when Alex Cora was fired in January. Ron Roenicke replaced Cora, and after a 24-36 record, was not brought back for 2021. The 39-year-old Urueta joined Torey Lovullo’s coaching staff for the 2018 season, and this past season spent his first year as the Diamondbacks’ bench coach. He also managed Colombia on an interim basis in the 2017 World Baseball Classic.

[MLB.com] Relentless Dodgers pressuring Rays, up 2-1 - Dodgers starters have held the Rays to a .133 (6-for-45) average -- the lowest mark allowed by a team’s starters through the first three games of a World Series since the Red Sox in 1915 (.129), per STATS LLC. “We’ve been tested with these arms,” Rays catcher Mike Zunino said. “We’ve got to stay consistent, continue to put our work in and eventually we’ll get some bounces.” A Rays team with the highest strikeout percentage in baseball this season did a lot of swinging and missing against the 26-year-old Buehler, who became the first pitcher in World Series history to strike out 10 batters in an outing of six innings or fewer and who now has a sparkling 1.28 ERA in his last nine postseason starts.

[SI] Rays Are Biggest Payroll Underdogs in World Series History - The Rays ranked 28th in MLB in terms of payroll during the 2020 season. There has never been a team that ranked lower that has advanced to the World Series. What's more, the Dodgers rank No. 2. Only twice has a team that finished 12 slots or more below its World Series opponent in terms of payroll than managed to win a World Series -- the 2003 Marlins, who ranked 25th in payroll, against the No. 1 ranked Yankees, and the 2017 Astros, who ranked 18th, knocking off the No. 1 ranked Dodgers.

[Bleacher Report] Rob Manfred Says MLB Is Discussing Limiting Defensive Shifts in Future - Major League Baseball commissioner Rob Manfred's ongoing desire to keep changing the sport now has him looking at defensive shifts. Appearing on The Dan Patrick Show, Manfred explained there could be a limit placed on defensive shifts in the future. "A lot of people feel that the extreme shifting that you're talking about has changed the game in ways that are not positive and it remains a really hot topic in terms of conversation within that committee,” he said.

[Sporting News] With Film Room, MLB finally embraces benefits of letting fans share highlights - Film Room allows any user to search the MLB video archives to produce a “reel” of up to five plays and share that reel on any platform — be it social media, via text message, email, whatever. And the archives are extensive. How extensive? The vast library of historical moments and highlights already in the database remains, with this addition: Every single pitch over the past three years has its own clip. From the 2020 regular season alone, there are more than 262,000 searchable pitches.

Coming in, I wondered why we were bothering. The last entry in the series which was good, by any objective standards, might have been… Tremors 2? Since then, it had felt like a generally diminishing set of returns, apparently existing solely to keep Gross in work. I couldn’t honestly tell you what number this was in the franchise, and don’t think I even bothered to write about the last one. But by chance, we watched a documentary on the making of the original movie a couple of days ago. It reminded us why the original – now 30 years old – is still a classic, and of everything it did right. Which by and large, is everything the sequels do wrong. Would this be any different?

Don’t look for originality in the story – roughly equal parts Tremors, Jurassic Park and Predator. The last gets explicitly name-checked more than once (as do Rambo and The Evil Dead), and some of the audio cues are… suspiciously similar. There’s even a guy wielding a Jesse Ventura-like mini-gun, though the impact is limited, due to the poor digital FX used to represent its results. Park is apparent in the uber-wealthy guy (Brake) who has brought a quartet of graboids to a private island, and “enhanced” them (an angle which goes nowhere much) to provide a big-game hunting experience for millionaires. This goes as well as meddling with nature always does. It is up to Burt Gummer (Gross), his ex (Langrishe), the likable guy (Heder), and a Lara Croft wannabe to save the day. Meanwhile, the creatures take their cue from Enlightenment philosopher Jean-Jacques Rousseau, and eat the rich.

There seems to have been a fair bit of money spent on this, not least the location shooting in Thailand, which is well utilized. There’s good, slo-mo use of flamethrowers and if you ever wanted to see Napoleon Dynamite yelling “Suck on this!” and carving apart Shriekers with a chainsaw… Well, that’s a strange and very particular fetish, but to each their own: this movie will keep you happy. It is n improvement over the last couple of entries, simply through Jamie Kennedy not being present (his character is locked up in a Mexican jail, according to a conversation here). The ending though… Well, let’s say, I kept expecting it to go one way, and it resolutely refused to do so. Definitely the most downbeat of the franchise.

That said, it’s not necessarily a bad thing, and does set the series up for a possible future. Though whether fans will embrace the potential new direction is hard to say. I certainly didn’t hate this as an entity. Indeed, it’s likely the most entertaining one since #2, though that’s not exactly a high bar. The presence of an F-sized Graboid as a final boss adds enough variety, even if its method of dispatch is rather familiar. But let’s give the makers the benefit of the doubt, and call it a loving homage to the finale of the original film, rather than a shameless rip-off.