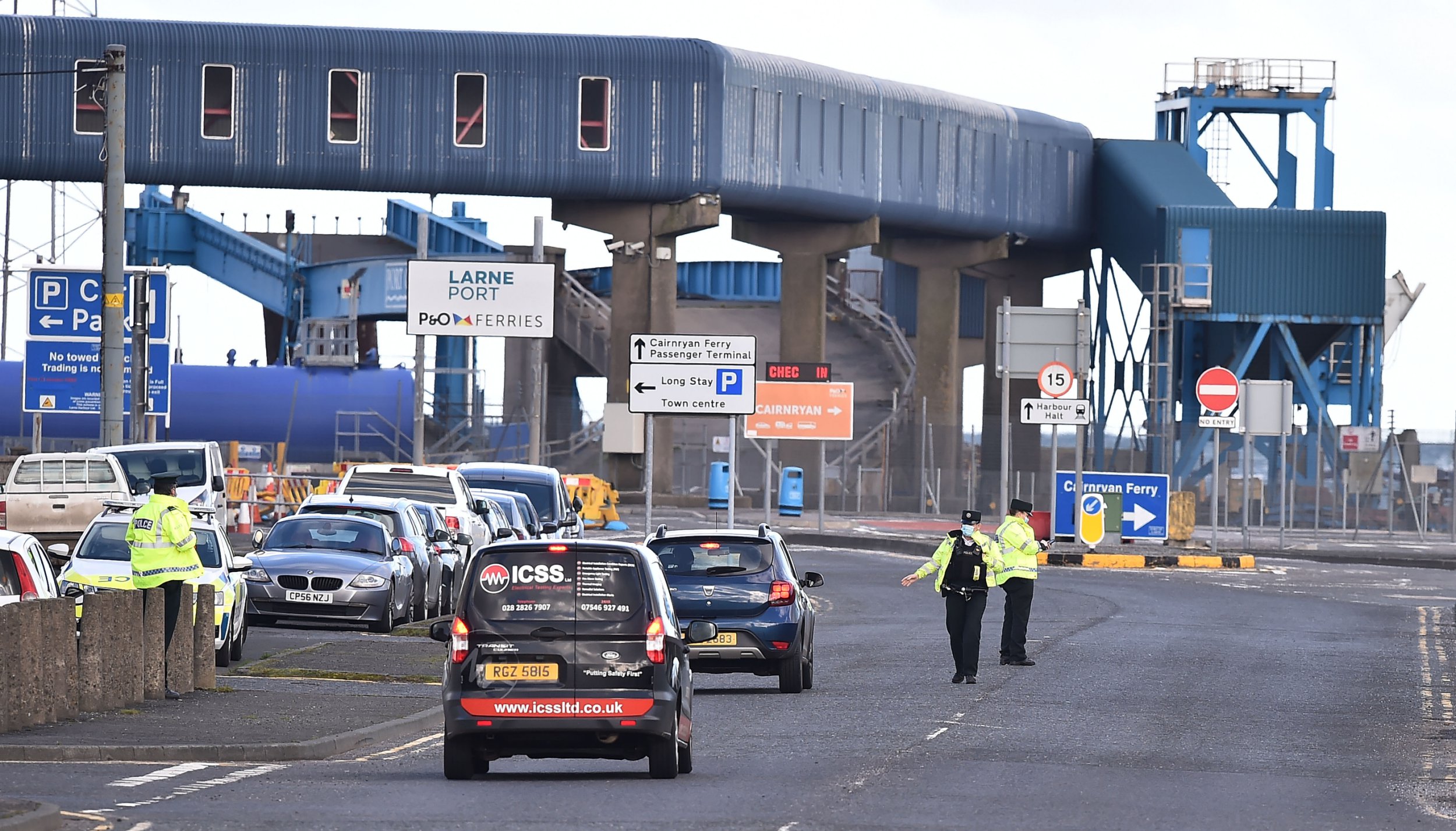 The UK is ‘on course to breach international law’ after deciding to extend the Irish Sea border grace periods until October this year, the EU Commission has claimed.

In the Brexit agreement, Northern Ireland has remained part of the EU’s single market for goods, meaning products arriving from Great Britain must undergo the bloc’s import procedures. However, the grace periods means these checks are not yet fully applied.

The temporary exemptions, which are intended to help companies adjust to the new trading arrangements, were due to expire in March, but the UK confirmed today they would be extended until October.

European Commission Vice President Maroš Šefčovič has warned that this will place the UK in violation of its post-Brexit obligations and cause the country to breach international law for a second time.

A statement on behalf of Mr Šefčovič said: ‘Following the UK Government’s statement today, vice-president Šefčovič has expressed the EU’s strong concerns over the UK’s unilateral action, as this amounts to a violation of the relevant substantive provisions of the protocol on Ireland/Northern Ireland and the good faith obligation under the Withdrawal Agreement.

‘This is the second time that the UK Government is set to breach international law.

‘This also constitutes a clear departure from the constructive approach that has prevailed up until now, thereby undermining both the work of the Joint Committee and the mutual trust necessary for solution-oriented co-operation.’

The Irish Government has also branded the extension to the regulatory regime as ‘deeply unhelpful’.

He said: ‘A unilateral announcement is deeply unhelpful to building the relationship of trust and partnership that is central to the implementation of the protocol.’

It has caused disruption to some goods travelling from the rest of the UK after suppliers encountered extra red tape. Businesses in Northern Ireland have been pressing for an extension to the grace periods to avoid a cliff-edge plunge into extra bureaucracy.

Today the UK said grace periods like those for supermarket agri-food movements from the rest of the UK to Northern Ireland ‘will continue’ until October.

Northern Ireland Secretary Brandon Lewis said: ‘As part of the pragmatic and proportionate implementation of the Northern Ireland Protocol, the Government is taking several temporary operational steps to avoid disruptive cliff edges as engagement with the EU continues through the Joint Committee.

‘These recognise that appropriate time must be provided for businesses to implement new requirements, and support the effective flow of goods between Great Britain and Northern Ireland.’