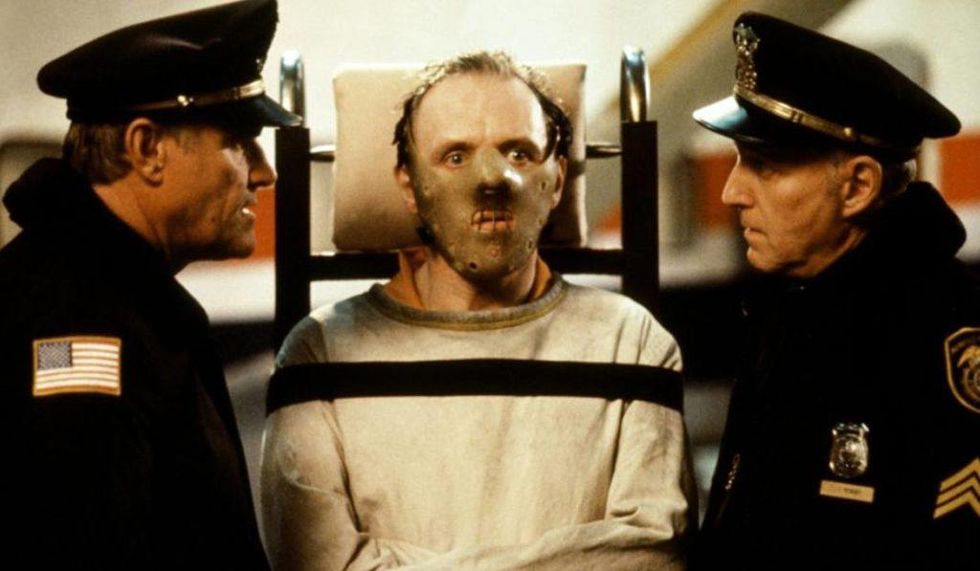 25th Who What Now? How Would That Work? 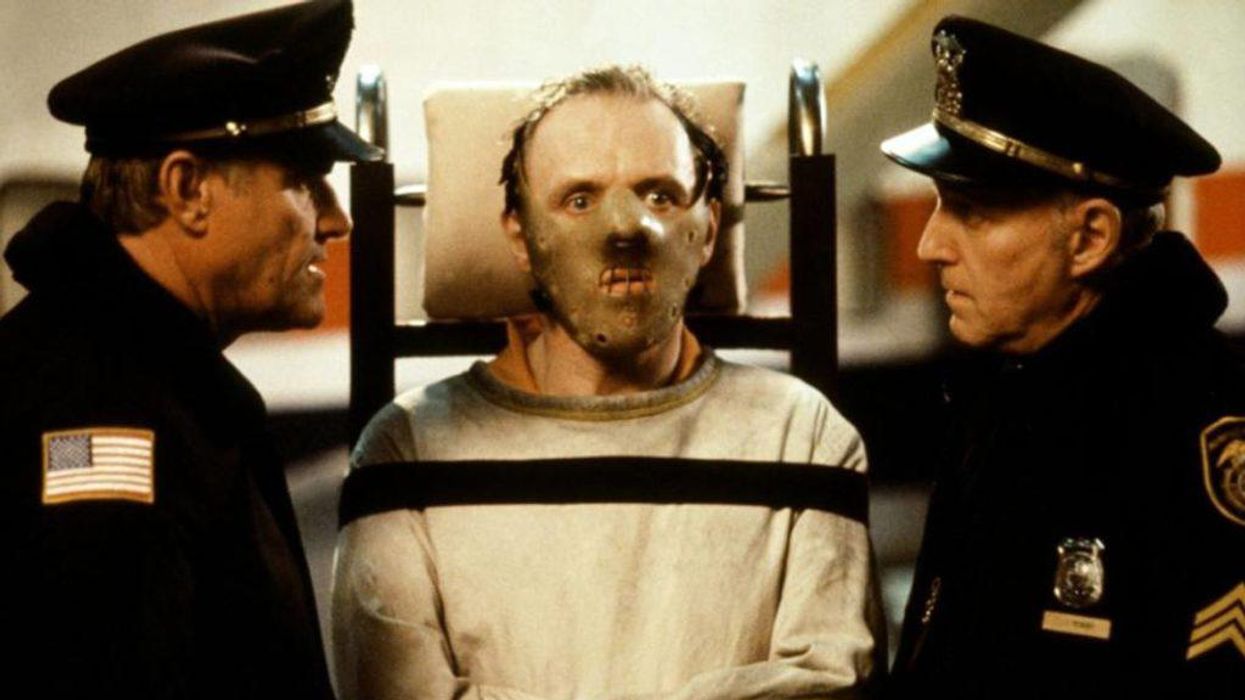 On January 6, there was a violent stupidcoup at the United States Capitol. Thousands of brainwashed morons stormed the Capitol building and trashed it, in an attempt to stage a coup for their Dear Leader.

Yesterday's constant doomscrolling was truly surreal, even for those of us who have been waiting for something like this to happen since November 8, 2016.

The president has been deemed too unhinged to post on social media, and yet he is still in charge of the US military, the Department of Justice, and our nuclear arsenal. Almost 150 lawmakers for the federal government officially endorsed sedition, even after the terrorist attack on the people's house.

So what the hell can we actually do about these unhinged sociopaths??? Let's take a look.

Trump has less than two weeks left in office, but his actions yesterday made it clear that our country may not last that long with this absolute fucking psychopath at the helm.

One of the ways we could try to protect ourselves from Trump is with the 25th Amendment. Soon-to-be Senate Majority (!) Leader Chuck Schumer came out this morning with a shockingly strong statement in support of the 25th being invoked — and Speaker Nancy Pelosi called for it, too.

But invoking the 25th Amendment is no simple task. The 25th was added to the Constitution in the 1960s, mainly as an effort to clarify the line of succession after JFK's assassination, when people worried about what might happen if LBJ were incapacitated before his replacement was confirmed.

Section 4 of the 25th — which has never been invoked — lays out the process.

It starts with the veep and the Cabinet.

Mike Pence and a majority of the Cabinet would have to give a written declaration to the Senate president pro tempore (Chuck Grassley until January 20) and the speaker of the House that the toddler-in-chief "is unable to discharge the powers and duties of his office." That would make Pence the acting president.

So first, Pence would need to get most of Trump's Cabinet to declare that he's unfit for office. While this is clearly true, getting Trump's hand-picked bootlickers to agree is no easy task. And the people who are trying to save face after yesterday's fucking disaster have already started to resign.

But it doesn't stop there. Trump would have 4 days to challenge Pence & co. and say he IS able to perform his duties.

And then the issue would go to Congress, where both the House and Senate would have to get a supermajority to keep Trump away from the nuclear codes.

Thereupon Congress shall decide the issue, assembling within forty-eight hours for that purpose if not in session. If the Congress, within twenty-one days after receipt of the latter written declaration, or, if Congress is not in session, within twenty-one days after Congress is required to assemble, determines by two-thirds vote of both Houses that the President is unable to discharge the powers and duties of his office, the Vice President shall continue to discharge the same as Acting President; otherwise, the President shall resume the powers and duties of his office

This is incredibly unlikely to happen in Mitch McConnell's Senate, but it seems downright impossible in the House, which is full of far too many dangerous idiots who voted for sedition, EVEN AFTER the fucking stupidcoup terrorist attack.

And remove him from office this time.

This would actually be quite a bit easier than invoking the 25th, especially in the House, which requires a simple majority to impeach. And Nancy has already said she'd be happy to impeach the motherfucker again if the 25th isn't invoked — and congressmen have already started circulating new articles of impeachment and signaled their support..

NEW: I am circulating Articles of Impeachment that @RepTedLieu, @RepRaskin and I have prepared to remove the Presid… https://t.co/qDlziqInBT
— David Cicilline (@David Cicilline)1610039383.0

The process here would be a truncated version of the first time Trump was impeached. The House hears evidence and votes on whether to impeach. A simple majority can get an impeachment. Then it goes to the Senate for trial, which needs a 2/3 vote to convict and remove the homicidal maniac from power.

A conviction in the Senate is far from a lock. Eight of those shitheads still objected to certifying the election AFTER what happened yesterday. And Democrats don't officially get their Senate majority until January 20. But even Moscow Mitch seems pretty pissed off about what happened yesterday and it seems almost certain that we'd be able to get a couple more Republicans in addition to just Mittens (who last night tried to kill Josh Hawley using only his mind).

With the images of Nazis looting the Capitol clear in people's minds, this shouldn't be a difficult thing. Of course, this is the bad place, so we have a federal legislature with the likes of Ted Cruz, Josh Hawley, and a shocking number of congressmen who are so far gone that they will never even try to see the light. But a lot of people — from Republican politicians to Trump sympathizers — are finally starting to realize what an absolute fucking shitshow they helped create.

We need to remember that this is about more than whether or not we can actually remove this dangerous loon from power; it's also about accountability. Yesterday, the President of the United States actively supported a crowd of loons taking over the Capitol in an attempt to stage a violent coup. "I'll be watching," he told them. "You'll never take back our country with weakness. You have to show strength and you have to be strong."

If there are no consequences for that, nothing matters anymore. Let's make Donald Trump go down in history as the only president to have been impeached twice — once less than two weeks before he was set to leave office, because he was just that dangerous.

Expel the motherfuckers from Congress

147 members of Congress voted for an illegal coup d'état yesterday. This is entirely unacceptable behavior for ANY public official, particularly one who is charged with creating federal law.

And the Constitution explicitly permits the House and Senate to expel its members in Article I, section 5:

Each House [of Congress] may determine the Rules of its proceedings, punish its members for disorderly behavior, and, with the concurrence of two-thirds, expel a member.

Both the House and Senate have preexisting rules in accordance with this constitutional provision. Brand new Missouri Rep. Cori Bush is already on it, introducing a resolution in the midst of yesterday's disaster — and she is absolutely in the right. Every single one of these shitheads who still voted for the putsch AFTER the terrorist attack should be immediately expelled from the chambers.

Some people think expelling every lawmaker who participated in or encouraged yesterday's attack is too extreme. To that, I say:

Yeah. It's all fucked. Let's get these dangerous motherfuckers out of office as soon as we possibly can. Our country depends on it.

25th Who What Now? How Would That Work?