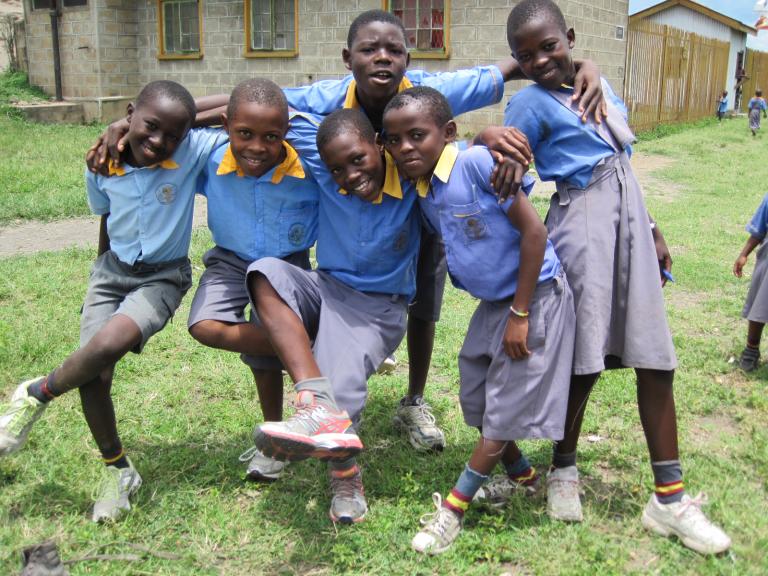 Why I Choose To Work For Atheist Alliance International

Kisembo Benezeri is likely a name you’ve never heard before. But you should. He’s just little, I think about 7 or 8 years old. I don’t know when he lost his parents, but he has lost them both to HIV/AIDS and now has to live with an uncle. Kisembo is a student at the Bizoha Orphanage School in Uganda, one of the campuses of the Kasese Humanist School.

In a country where the theocratic government has been debating whether or not to punish same-sex love with the death penalty, there exists a school that teaches humanist values.

Kisembo lost his parents because Uganda is 99% religious. He lost his parents because religious leaders in Uganda, who sometimes come from Canada, the USA and the UK, push the idea that HIV is a punishment from God for sin. These church leaders push the idea that contraception is a sin, sex education is sinful, and HIV medication and condoms are blasphemous contraband. In 2019, 16 activists were arrested for possession of these things.

In this political and religious climate, a group of atheists got together to start a school where they instill humanist values in children throughout primary and secondary school. This school has a fact-base curriculum that encourages critical thought. From the time of its inception in 2011, it has expanded to three campuses and now has over 650 students.

They quickly saw the need to board children who attend the school, too. So many of their students have been orphaned like Kisembo.

I had the pleasure of speaking with the man who started it all, Bwambale Robert. He told me that the majority of these kids come to him religious and superstitious. After a few years at his humanist school, though, they have questions about their faith.

As outspoken atheists, we know, all it takes is a few questions, a couple of doubts, for people to stop taking their fundamentalist beliefs to the extreme.

Bwambale Robert and his staff are sending young adults into the world who understand how to prevent the spread of HIV and other sexually transmitted diseases. They are sending critical thinking young adults out into a very religious Uganda. This school is working to produce adults who would never support the death penalty for something God does not approve of.

Bwambale and his staff are ensuring future kids like Kisembo don’t have to grow up without their parents.

This school is why I jumped at the chance to work with Atheist Alliance International. You see, the thing is, AAI funded its beginnings. AAI provided furniture, books and sponsors for the students, and they also sent volunteers to help get it up and running. Make no mistake, this school exists because of Bwambale and his crew, but AAI facilitated its very beginnings.

I can’t count how many times I’ve written up a blog post for you guys about how I want to do more. I’ve told you over and over how much I worry about the plight of atheists in theocratic countries. I’ve written so much about the dangers members of the LGBTQ+ community face in certain parts of the world. I’ve whined and moaned and bitched about it all, wishing that there was some way to do more than blog about it. I’ve searched far and wide for organizations that are actually, tangibly doing something to make real change in the real world. I just wanted to do something; Anything at all.

Now, through my work with Atheist Alliance International, I have finally found a way to affect real change. My work can have an effect on kids like Kisembo. My work can change the way people in Uganda understand issues like HIV and diversity.

I am asking my readers to help. Please consider donating to the Kasese Humanist School. Here are some significant donation amounts:

I am proud to be a part of an organization that is making such a difference in the lives of children in places like Uganda. It is my dream to one day go and visit the Kasese Humanist School and see all of these beautiful faces up close. In the meantime, my hard work from a snow-covered town in Canada will have to suffice, so please stand with me in support of these kids. Please stand with me for a brighter future for Uganda and stay tuned for ways you can help secular projects funded by AAI in other religious countries across the world.

Before I go, I want to say thank you to Bwambale Robert for making this school a reality. The world needs more of you!

Also, please share this post as far and wide as you can. This is monumental, heathens. There is a successful school in Uganda teaching humanist values. This is the change we need.

The post Why I Choose To Work For Atheist Alliance International appeared first on Godless Mom.

Why I Choose To Work For Atheist Alliance International