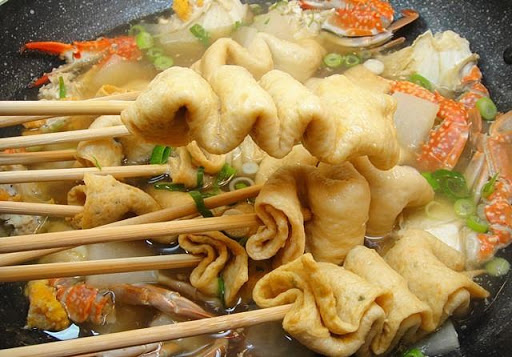 Disclaimer: I tried to be as fair as possible in this post, but of course, I do have Korean heritage, nor do I speak Japanese, so I imagine that my post leans towards the Koreans. I welcome any corrections or debates from those who are more familiar with Japan's point of view via comments, but please, let's stay civil!

Over the past couple of weeks, the tension between Korea and Japan has risen to an all-time high since the conclusion of the WWII. It seems to be a delicate issue that involves history, economy, and politics (involving North Korea, and more recently, the US, Russia, and China), and I don't really believe that it is my place to try to give an impartial explanation of what is happening. To tell a long story short, it seems to me that

- Japan restricted the export of some materials that are crucial to making smartphones (with Samsung, the semiconductor technology is one of the prides of the nation).

- Japan claims that this policy is necessary because they have reasonable fear of their material ending up in North Korea.

- However, the common consensus is that Japan is protesting against the recent Korean court ruling that Japan needs to pay more damages to the Korean "comfort women," who were young Korean girls (estimated to be around 100,000 - 200,000 in number) during the colonial period that were forced to provide sex to the Japanese soldiers around the world. So far, Japan has paid $2.4 billion USD in damages in today's currency (that's about $12,000 USD per person, adjusting for inflation and all). The South Korean court would like each of the surviving comfort women (only 10 now) to receive $134,000 USD.

- When Japan did not comply, the South Korean court ordered seizure on some Japanese companies (that have some history with exploiting the Koreans during the colonial period).

- There is a lot of old hostility between Korean and Japan; although Japan has issued apologetic statements in the past, many prominent Japanese politicians still seem to endorse Japan's actions during the colonial period, by either attending a ceremony at the Yasukuni shrine (which is dedicated to the Japanese war heroes, including those stationed in Korea during the colonial period) or donating to it. Shinzo Abe, the current prime minister of Japan, is one of those who have visited the shrine (and in 2013, out of 465 members of the Japanese parliament, 168 of them visited the shrine; now the number is slightly less, but still significant). So, the Koreans suspect that none of the apologies were made in earnest.

- When the news of Japanese sanctions spread, Korean netizens began making a list of Japanese companies, so that people could easily boycott Japanese products in retaliation. This includes clothes (Uniqlo), beer (Asahi), education (Kumon), cars (Toyota), and traveling to Japan. The current Korean sentiment is such that walking into a Uniqlo store or posting a photo of your Japan travels on Instagram would earn you a lot of stares and whispers. Many people are canceling their trips to Japan, and some gas stations are refusing to refuel Japanese cars.

Given the current sentiments, I thought that I would try to make a list of five commonly spoken Korean words that come from Japanese. Many of these words are implicitly forbidden on Korean TV, so you often see Korean celebrities using these familiar words, then quickly correcting themselves (then look appropriately chagrined).

1. 오뎅 (おでん) ---> 어묵 (fishcake).
In Japan, おでん, or "Oden" means a soup with fishcake as its main ingredient. When the word came to Korea, it degenerated to mean just the fishcake (so you could have an 오뎅볶음, which is stir-fried Oden, which wouldn't really make sense in Japanese!) While every Korean would understand what you mean if you used the word "오뎅," thanks to the efforts of the Koreans, this word is becoming old, in the sense that only the older population that lived during the colonial era (and maybe their children, who are all in their late 50s and up) use it. 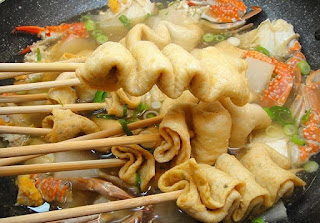 I can imagine that in another few decades, this word might completely disappear from the Korean dictionary!

This is another word that Koreans make a huge effort to abolish, perhaps because the word "wasabi" sounds SO Japanese! Funnily enough, horseradish and the plant that makes wasabi (E. Japonicum) is different from horseradish (E. Pseudowasabi). But the Academy of the Korean Language suggested this substitution in place of 와사비, and the use stuck, albeit somewhat clumsily.

So, this word doesn't seem to exist in English. The word "땡깡" is often used towards children, for example, when they REALLY REALLY want that stupid toy from the supermarket, and you have no intention of buying them. They'll probably pull on your shirt, cry, beg, scream, and just be consistently annoying, and you might say,

"땡깡부리지 마" (Stop being such an annoying child, and stop asking for the toy, because you're being ridiculous).

Yes, the translation is really long, it's obviously not literal, but I'm trying to convey what the word means. Of course, you can use it to that one annoying friend who always wants to have her way (and throws a tantrum when she doesn't get it). 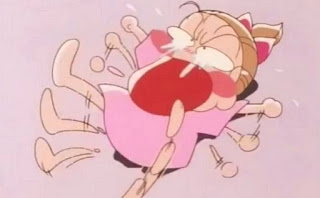 This word, on top of being Japanese in origin, is translated in poor taste. The more literal translation of the above sentence would actually be "don't throw a fit", and this is because the Japanese word てんかん (Tenkan) means "epilepsy." Instead, you can say

Although it means almost the same thing in Korean (although it's slightly less derogatory since the implication that the listener is a child is a bit weaker), it has the added advantage that it doesn't refer to epilepsy!

We've probably all had that one professor who would not grant an extension on your homework under any circumstances, even if you were legitimately ill and had to be hospitalized. In Korean, you can describe that professor by saying

"그 교수님 정말 유도리없네" (That professor is not flexible at all)

This common expression, even used among the younger Koreans, comes from the Japanese word ゆとり(yutori), meaning "having a bit of extra" (the corresponding Korean word would be 여유, the direct translation of which does not exist in English).


To avoid the Japanese usage, simply replace "유도리" with "융통성," which means exactly the same thing, and you can say

If you showed up to work with a shiny new car (especially an expensive-looking sports car), your coworkers would likely stand around your car and exclaim,

"와, 새차라 그런지 진짜 삐까번쩍하네" (Wow, it's probably because it's new, but what a shiny impressive car!)

Often used among the middle-aged men (the 아저씨s of Korea) but also used, although infrequently, among the younger generation, this word serves as half-exclamation and half-description. You can use it to show your appreciation for objects that are literally or figuratively shiny (ぴかりと, picarito, light), but it implies that you were awed or impressed by the object as well.


Koreans suggest that you replace this word with "번쩍번쩍," which is an onomatopoeic word meaning "shiny." To me, it doesn't have the same nuance in terms of being in awe of the object. So for example, if you said

then you have just literally said that new cars are shiny. True, but what are you trying to say, exactly?

So I suggest supplementing it with more exclamations! For example, you can say:

and with these additional exclamations, you can get pretty close to the nuance of the original word!


I had meant to write a blog post with ten words, but this post is already getting too long, so maybe I'll cut it off here for now. I hope to write another one in the near future (hopefully before the trade dispute is resolved!) so stay tuned for part 2 very soon!