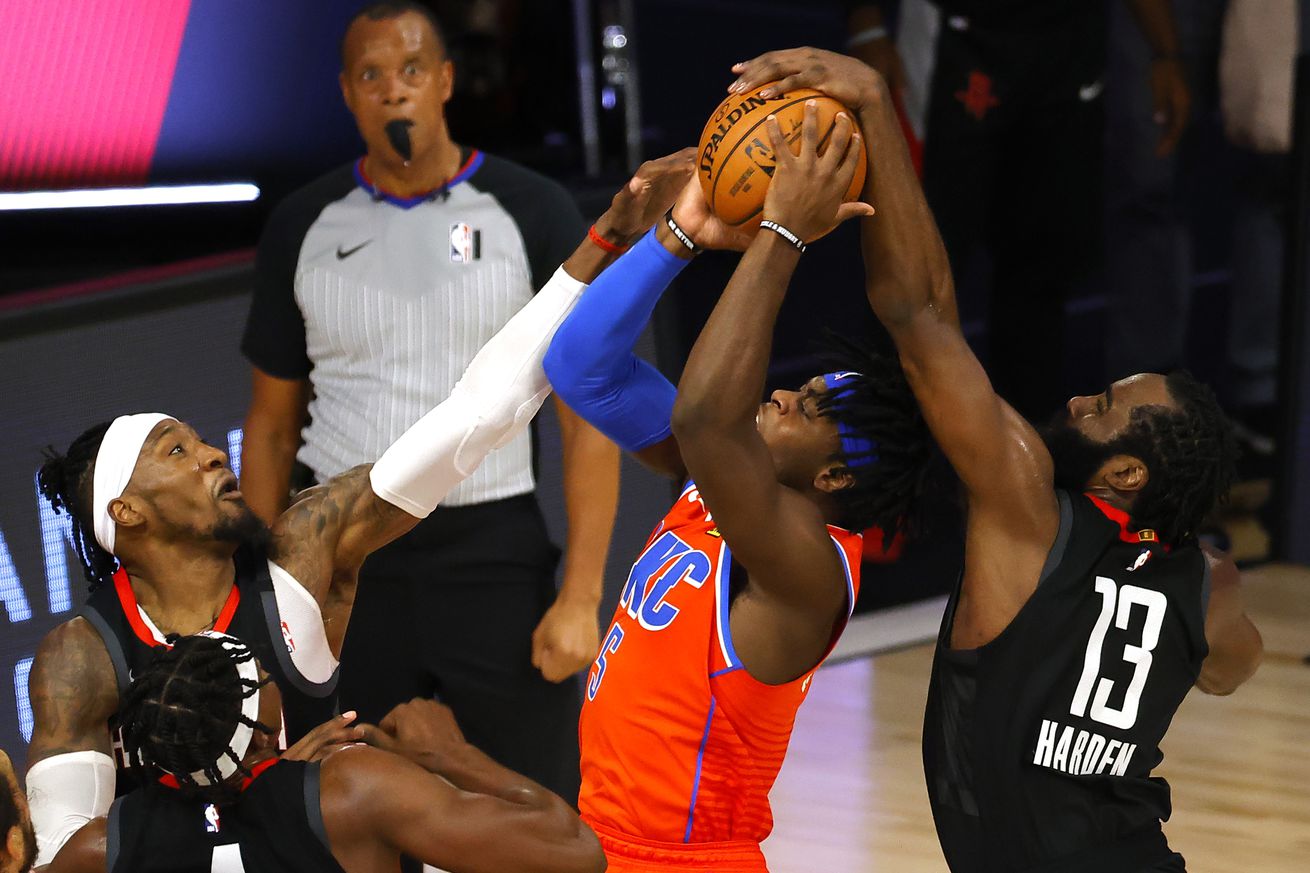 It’s win-or-go-home time for the Thunder

Game 5 was an ugly game for the Oklahoma City Thunder.

The defense was not good enough, and they turned the ball over too many times. Oklahoma City inflicted so many wounds upon themselves during the third quarter, and Houston ruthlessly capitalized on them.

We can talk about different facets of the game, but the harsh reality of the situation is that Oklahoma City was not good enough on the night. The coaching staff and players both deserve blame for making crucial mistakes that hurt Oklahoma City in Game 5.

Billy Donovan stuck with the starters too long. Shai Gilgeous-Alexander and Danilo Gallinari were not effective against the Houston defense. However, Game 5 was just one game. A margin of victory does not decide a series; it is determined by the number of wins that a team has.

The game will start at 9 p.m. ET and will broadcast on TNT and Fox Sports Oklahoma. The game is available on NBA League Pass for international viewers.

Oklahoma City has to approach this game with a clear mind and confidence. Oklahoma City is a capable team, and the Thunder have matched the Rockets in this series. A win in Game 6 is entirely possible.

I have to admit that I was despondent after Game 5. It was an awful game to watch, and the Thunder were outfought by the Rockets. I did feel that it would be difficult for the Thunder to win Game 6, especially with Westbrook’s return.

On reflection, I was wrong to count the Thunder out. We have seen the Thunder battle through adversity time and time again this season. This team has been written off and doubted since the start of the season. On every occasion, the Thunder have risen from the canvas with vigor and a desire to win.

Before the year started, nobody expected anything from Oklahoma City. The team was a box of misfits. The Thunder had young guys, holdovers from the Westbrook Era, and veterans who were likely gone by the trade deadline.

Slowly but surely, the Thunder started to win games. It was a rocky start for Oklahoma City, but the team rose to challenge. Huge comeback wins against Chicago, Memphis and Houston proved that the Thunder was willing to fight for playoff basketball. There was positive momentum.

The small snowball grew larger during a grueling January schedule. Oklahoma City was winning games and looked every bit of a playoff basketball team. In the last game before the league stopped, the Thunder pulled out a signature victory over the Boston Celtics. Schroder won the game on a last-second layup finish.

In many ways, the Thunder’s season has been defined by the team’s desire to beat the odds. Oklahoma City can win Game 6 and force Game 7 against Houston; the Thunder has shown an ability to win when it matters countless times during the regular season.

For all of the Thunder’s foibles and imperfections, it is a team capable of over-achieving. Game 6 is the perfect time to do so.