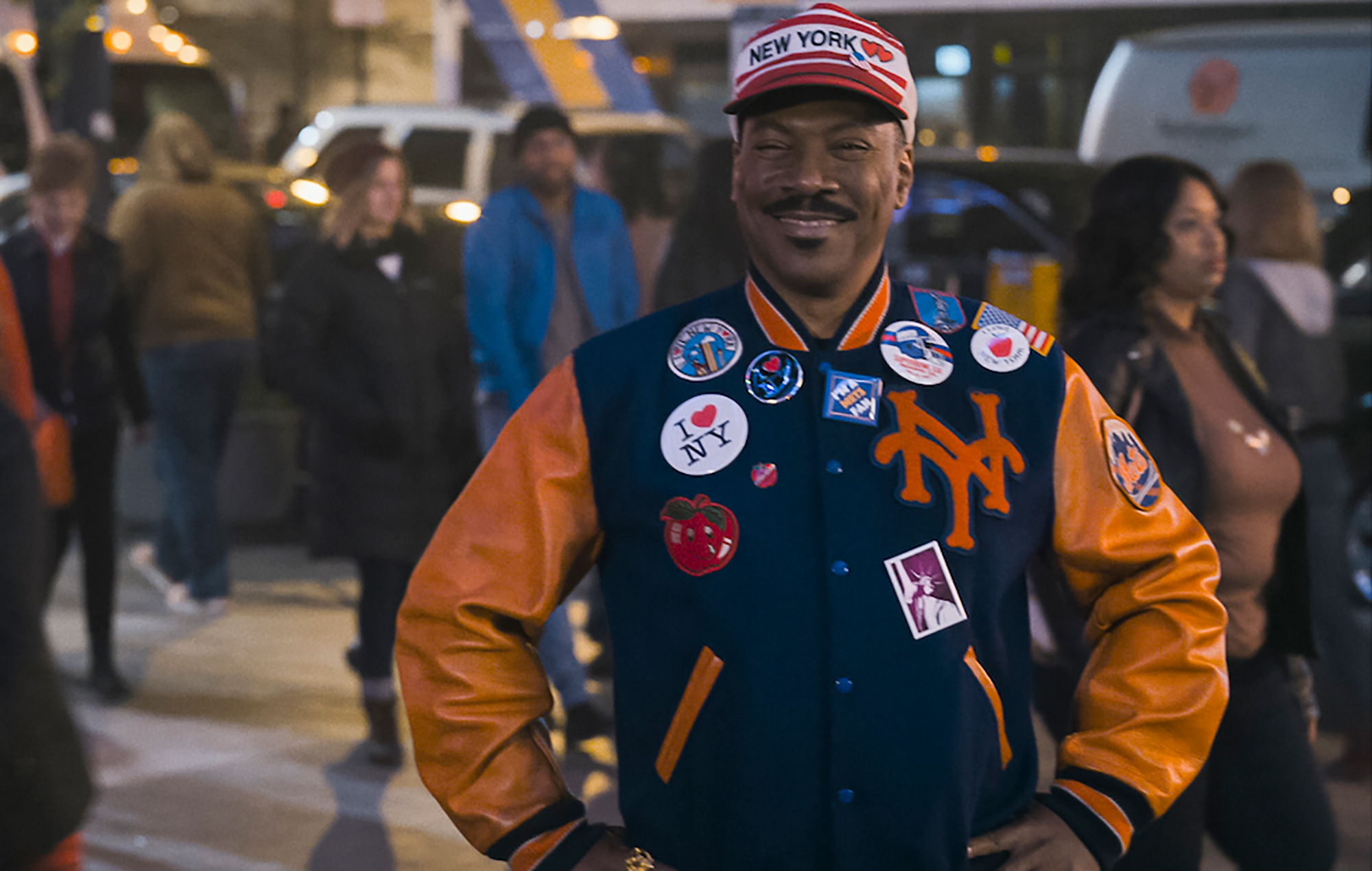 “If something’s good, why ruin it?” asks Nomzamo Mbatha’s royal hairdresser, practically winking at the camera as she riffs on “sequels to old movies nobody asked for”. It’s a ballsy move to bake your biggest criticism into your own film – especially one that feels slightly uninspired. Coming 2 America certainly doesn’t ruin the original, but it’s also unlikely anyone is going to wait 33 years for another follow-up.

Once upon a time in a land far away (somewhere behind the Paramount mountain), Eddie Murphy gave us one of the best comedies of the ’80s with Coming To America – a fish-out-of-water classic about a lovesick African prince cast adrift in the middle of New York. Picking up the story three decades later, Murphy’s Prince Akeem is on the verge of becoming King. Fans of Akeem and his dad (played again by the seemingly ageless James Earl Jones) won’t be too happy to learn that literally none of the original film’s moral lessons were learned – and Zamunda is still a tyrant state where women can’t run their own business or succeed to the throne. That’s bad news for Akeem, who happens to only have three daughters with his New York Queen (Shari Headley), and worse news for the entire country when the dastardly leader of “Nexdoria” (played with perfect panto charm by Wesley Snipes, who steals every scene he marches into) threatens to invade if Akeem can’t name a male heir.

The good news is that Akeem does have a son – thanks to royal aide Semmi (Arsenio Hall), a random girl they both met in a New York club back in 1988 (Leslie Jones), and enough weed to forget that it ever happened. As plot holes go, it’s a bit of a stretch to hang a whole sequel on, but this is also a film that sees Akeem heading back to Queens and instantly finding his long-lost son based on a pencil sketch of what he might look like.

Lavelle (up-and-comer Jermaine Fowler, last seen in Judas And The Black Messiah) is spotted touting tickets outside Madison Square Garden and Akeem whisks him, his mum (Jones) and his uncle (the incomparable Tracy Morgan) back to Zamunda to learn how to be a prince. It’s a neat switch on the original premise – taking a regular guy from New York and dropping him into the middle of palace life – but it does mean Coming 2 America feels far more like The Princess Diaries than anyone was probably expecting.

More importantly, it also means Murphy takes a bit of a back seat. Older, slower and less electric than he was in his heyday, it’s still a shame to see the once world-beating comic cede so much of the film to Fowler – a guy who does a decent enough job but still lands a very long way from being the next Murphy. Thankfully, Murphy (and Hall) return to all their other old roles too – both playing three additional characters under layers of thick prosthetics and even thicker accents. It’s great to see the My-T-Sharp barbershop still open for business (how old are these guys supposed to be?!) and Coming 2 America works best when it’s balancing nostalgic in-jokes with all the new fairy tale filler while Murphy and Hall ad lib their way through all their old skits.

If you grew up with the original, there’s more than enough here to fall back in love with, and the film does a great job of re-telling the best jokes without overplaying them. Almost everyone from the first film makes a comeback here, and they all fit in well enough next to all the celebrity cameos (from Morgan Freeman to Rick Ross) and a strong new ensemble led by Jones, Snipes, Morgan, Mbatha and Kiki Layne (If Beale Street Could Talk).

But while Coming 2 America feels fun enough for a footnote, it never comes close to the original film’s charm, heart and raw energy. It’s nice to spend a bit of time back in the palace of Zamunda, but there’s definitely still only one comedy classic that belongs on the throne.