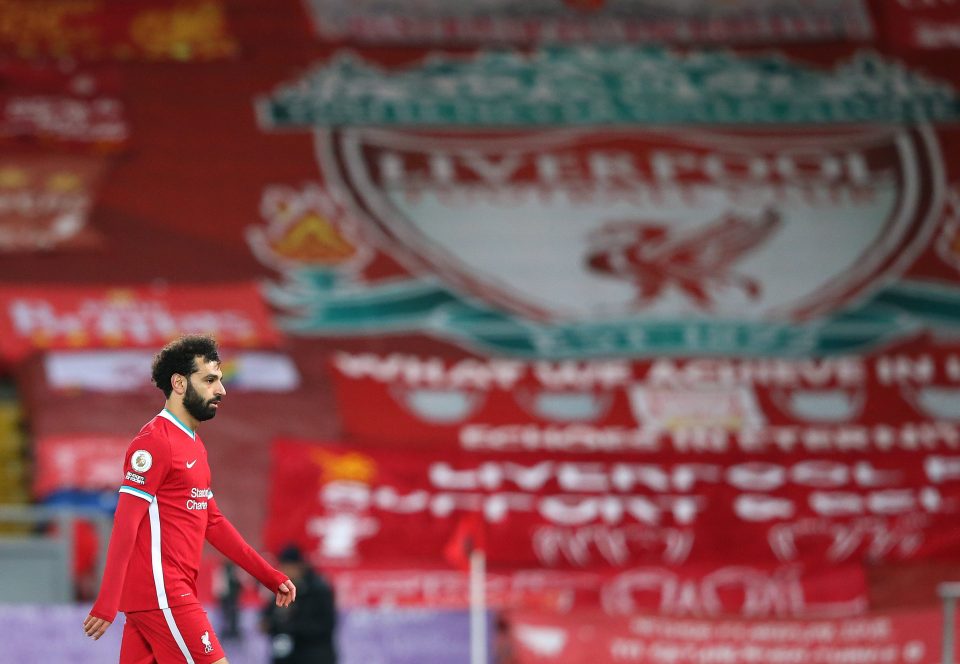 Liverpool have been dubbed ‘bad champions’ and ‘toothless’, while Everton soar in Premier League, but Champions League could rescue Jurgen Klopp and Reds’ season

Liverpool’s Premier League title defence has been nothing short of disastrous this season.

After winning a first top-flight crown in 30 years last term, there were suggestions the Reds would go on to dominate English football.

However, Jurgen Klopp’s side have been decimated by injuries to several key players at points of the 2020/21 campaign with Virgil van Dijk, captain Jordan Henderson and Joe Gomez currently sidelined.

Despite their lengthy injury list, Liverpool were top of the table over Christmas as they looked set to be involved in another title run-in.

But a run of just three wins from 14 games since January, which has included six successive Anfield defeats, has left Liverpool in EIGHTH place and 22 points behind leaders Man City.

BET BONUS: FREE BETS AND SIGN UP OFFERS YOU CAN CLAIM TODAY

Out of the Carabao Cup and FA Cup, the Champions League represents their only chance of winning silverware this term.

The Reds lead RB Leipzig 2-0 heading into the second leg of their Champions League last-16 tie on Wednesday. Progression to the quarter-finals is not guaranteed, but Klopp knows victory will bring confidence.

“Then we have Wolves [after Leipzig], which is a tough one, and then we have a couple of weeks off because of the international break and all these kind of things.

“We have to use that time, we have to hope all the boys who go to their national teams come back healthy, like always.

However, if they are unable to claim a seventh European Cup, the season will go down as one of their worst in recent years.

So what have pundits and talkSPORT callers made of Liverpool’s unsuccessful title defence?

Speaking after Liverpool’s 4-1 humbling by Man City at Anfield in February, former Manchester United captain Roy Keane said: “We spoke before the game – they are making a lot of excuses. To me they’ve been bad champions.

“You can lose a game of football but…I can’t figure this group out,” he said before turning to the previous loss – a 1-0 defeat to Brighton. “You can get beaten in a game – there’s a way to be beaten, but I don’t see that.

“I think maybe they’ve believe the hype over the last year or two. We spoke about there would be some sort of drop off but they’re playing for a big team in Liverpool. Almost if they won the league last year and got a big carried away, believe their own hype they’re going to beat teams.

“In my mindset when you’ve won a league title your next challenge is ‘can we do it again’. I never got the impression from this squad/group, from their interviews, even from the manager last year when they won it were they saying ‘what’s the next step for Liverpool?’. No. Almost let’s enjoy this.

“Obviously it was a long wait, 30 years, but I never heard any of the players come out and say ‘I want to do it again’. That’s the key.

“Now they’re talking about trying to get in the top four…from winning the league last year. The top four is now where our targets are?

“They’re a huge club. They have to deal with setbacks. Is that not part of the game? If players were fit the whole time it would be fantastic.”

The early stages of Liverpool’s collapse saw them lose 1-0 to Southampton on 4 January and talkSPORT host Jason Cundy was shocked by the display as well as in the two previous results against Newcastle and West Brom at the end of 2020.

“We all thought the problems would be at the back, but that’s not really the case.

“It’s just not happening for them at the moment, they’re flat. That zip, that sharpness, that ability to overrun teams and put them to bed has gone.

“I’m not saying it can’t come back – of course it can because they’re a brilliant team – but right now Liverpool are there for the taking and teams sense that.”

He said: “It wasn’t that difficult for us actually!

“The second year it was quite easy. We won it very comfortably and by April we had already won it, so it wasn’t THAT difficult!”

Speaking after the Fulham defeat, Didi Hamman said: “Every week you think ‘this can’t get any worse’ and the next week it does get worse!

“It’s a terrible run they’re on; to lose six home games is not what champions do, it’s not what Liverpool do.

“I’m not sure whether there’s something wrong within the team and behind the scenes, but clearly something’s not right.

‘Get rid of the deadwood’

“I think they need to get rid of the deadwood.

“They need to keep hold of players like Salah and [Sadio] Mane, keep your best players, they’ve had a bad season but they will be back, but they should get rid of their squad players. Players like [Divock] Origi who haven’t really come in and done enough this season.

“I actually think they need a number nine, they need a top world-class centre-forward. I don’t think they should get rid of [Roberto] Firmino, but he should be a bit-part player to a player who is going to take them to the next level again.

“Liverpool have dropped off massively, and you can’t rely on Salah and Mane every season.

“You need to be able to rotate, you need other players who can come in, and for me that’s a massive area they need to improve.”

“They’re a really clever side, they can keep the ball for fun, it hasn’t been quite what we saw last year.

“It’s mostly because of injuries and Thiago has come into the team… it’s unfair to say he’s the reason why their midfield has not been so effective, but he does make Liverpool play slightly differently.

“Liverpool have set the standards very high, the number of points accumulated by Liverpool and Man City over the last two or three seasons has been extraordinary.

“But this season has been a real reality check for them.”

“They may even struggle to finish second,” the Drivetime presenter predicted.

“No recruitment, Klopp moaning, terrible end to the season, and they will be deflated for not hitting 100 points at the end of last season and how that post-lockdown form went.

“Marcelo Bielsa said that Anfield is not the same without the fans, and having been to Anfield last season when it was full of fans, and again when there were no fans in there, I can tell you there is a massive difference – more so than at any other Premier League ground I experienced after lockdown.

“When I say Liverpool might struggle to finish second, I even think Liverpool could well finish below Manchester United this season.

“Last season was a monumental season for Liverpool, but it fizzled out after they won the title. I think they’ll be deflated.

“Liverpool won’t win the title and they may even finish below Manchester United.”

Klopp’s men are three points behind the Toffees, who have a game in hand.

“I would have said Liverpool would bounce back but I haven’t seen enough unfortunately and that’s hard to say coming from me,” Murphy said.

“I think Everton might sneak in, and it pains me to say that, as they look really strong defensively at the moment.“ The likes of [Ben] Godfrey have been terrific, [Mason] Holgate, [Michael] Keane, they look really difficult to beat.

“Sometimes, at this stage of the season, it’s not about how good you look on the eye. It’s how you are getting over the line in games.”

Klopp is the problem

Phoning talkSPORT, he said: “What I’m going to say is going to annoy some Liverpool supporters.

“It’s about five years since Jurgen Klopp became manager, he’s won all the trophies. I think either he should just resign or let Dalglish take over until the end of the season.

“If you’re available in the summer, would you want to go to Liverpool? I don’t see where we’re going with Klopp.”

Liverpool have been dubbed ‘bad champions’ and ‘toothless’, while Everton soar in Premier League, but Champions League could rescue Jurgen Klopp and Reds’ season