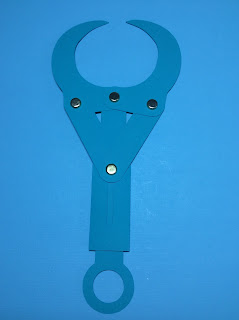 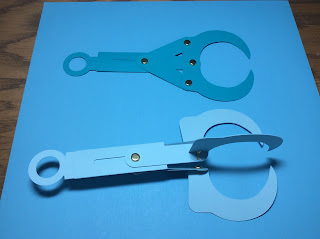 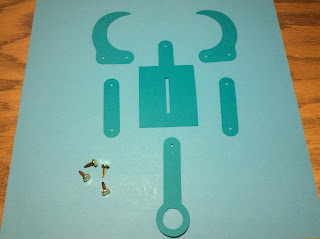 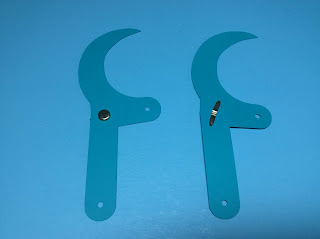 Fasten one of the arm pieces to the claw piece with a brad.  The claw on the right shows the underside of the piece on the left. 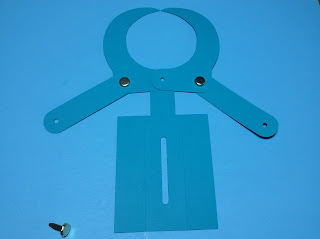 Align the two claw holes and the top of the body holes together as shown above. 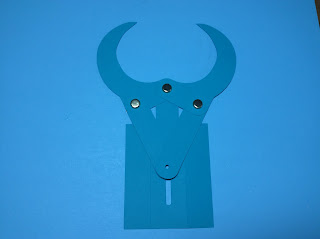 Fasten a brad to this point. 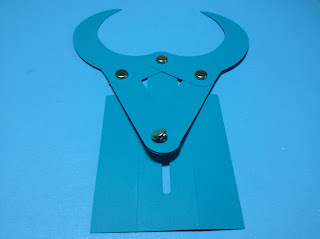 Align the bottom hole of the arms to the center area of the body and insert a brad into the hole. 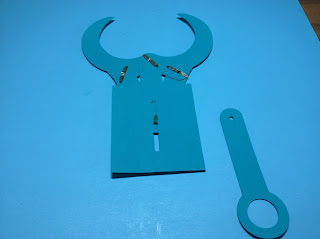 Turn the assembly over, making sure not to dislodge the brad. 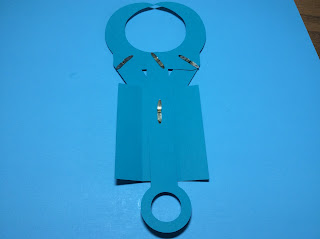 Slide the pull arm hole onto the brad and splay the brad as shown above. 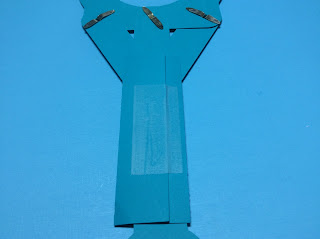 Fold the two sides of the body over the pull arm. Apply a piece of Scotch tape over the center seam

Completed simple mechanical claw. To operate the claw move the pull arm down to open the claw. 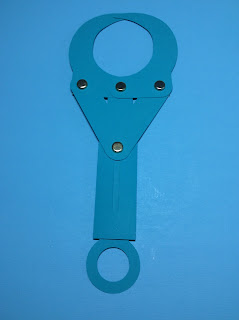 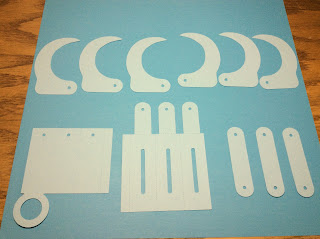 Layout the pieces to make the 3D mechanical claw and six brads (not shown). 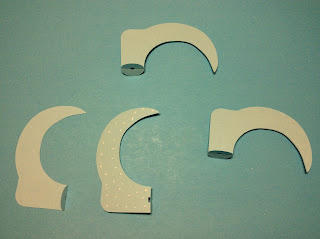 Bend the semicircle(dotted line) at the bottom of each claw at a right angle to the claw.  Glue two of the claws together to make a two layered claw with a circular base. The photo shows two completed claws on the top and right of the photo. 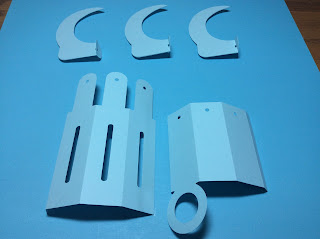 Bend the dotted lines on the body and pull arm pieces as shown above. 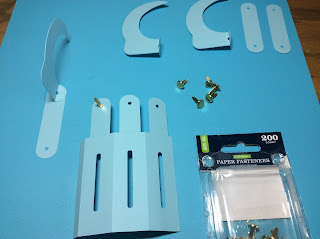 Insert a brad into the hole on the top of the body assembly. I paired a claw and an arm together in the left of this photo as these will be the two pieces that will be attached next. 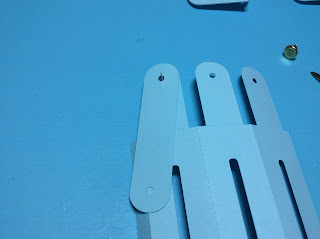 Insert an arm hole onto the brad. 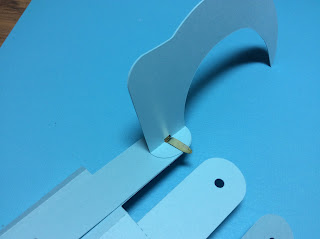 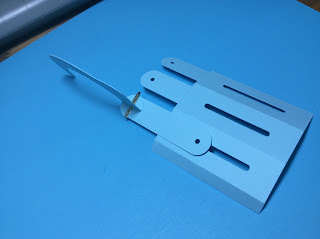 Here is a better view of the brad positioning. 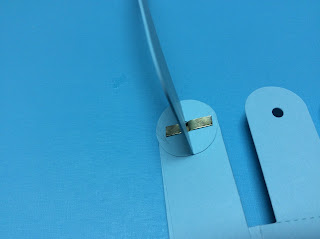 I cut the tip of the brads because they were too long. 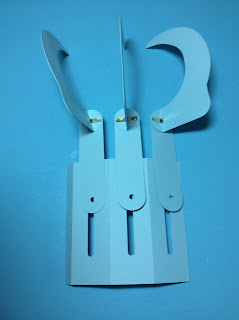 Repeat the above procedure for the other two claws.  The above photo shows all of the claws attached to the body assembly. 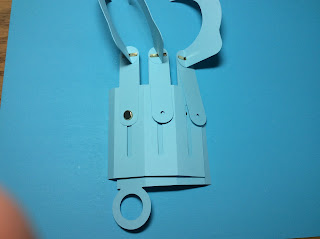 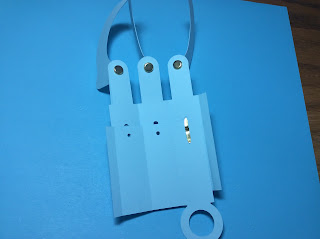 Fasten a brad to each of the three holes with the splayed area on the interior side of the pull arm. 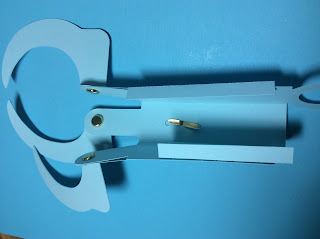 Fold the pull arm and body into a triangular prism. 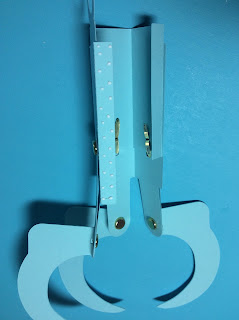 Apply glue only to the outer tab of the body assembly.  The inner tab of the pull arm is folded inward and remains unattached. 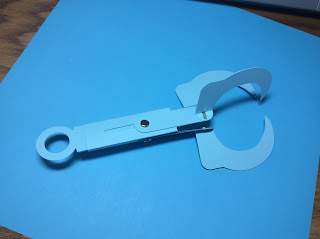