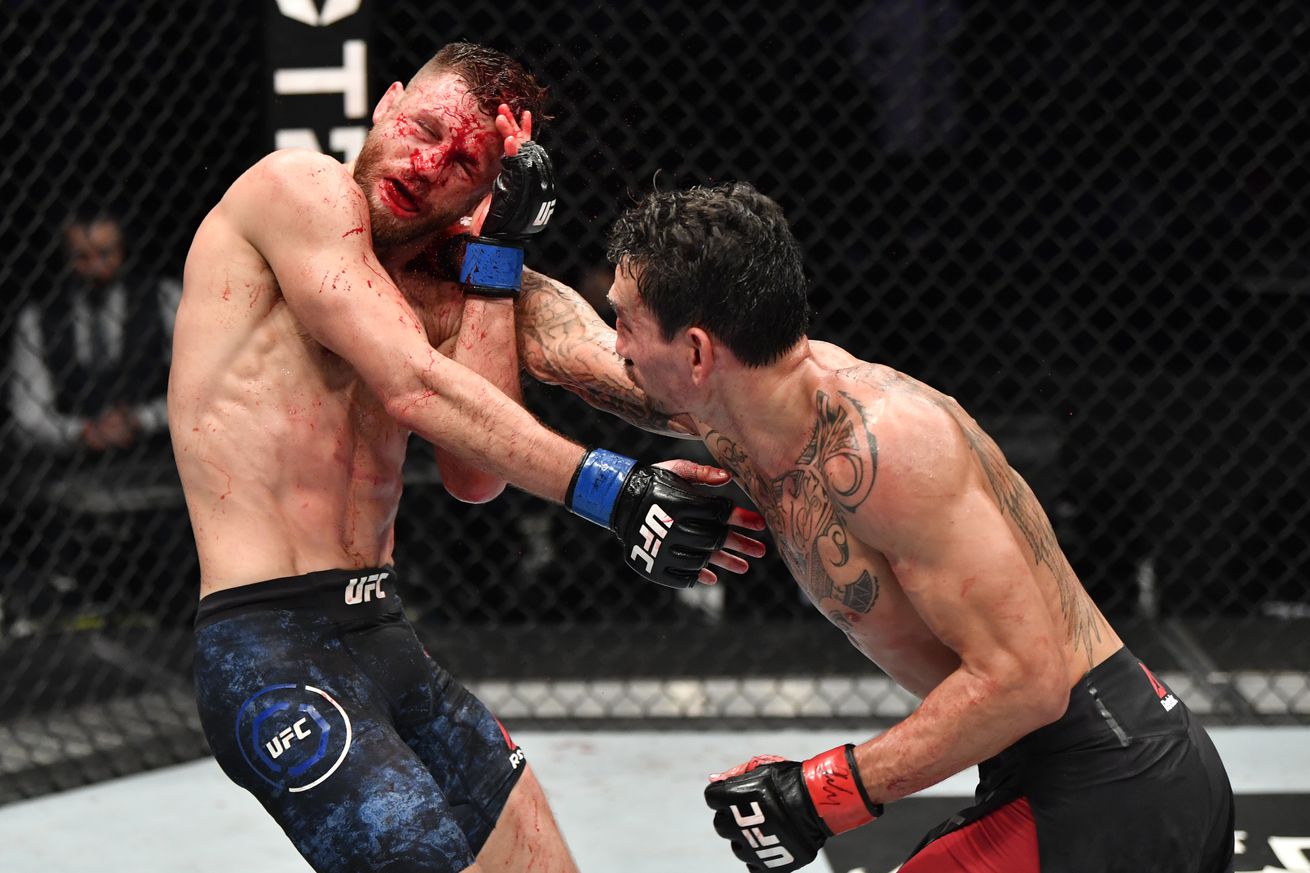 Max Holloway just put his name back into title contention at UFC FIGHT ISLAND 7. With a masterful performance against Calvin Kattar, the former featherweight champion picked up a dominant unanimous decision win after five rounds of a striking clinic. On Twitter, pro fighters reacted to the battle.

The best is blessed

Holloway is making kattar look like the freshman here

Wow!!! MAXY looking out of this world! Seriously unreal!

Man @BlessedMMA looks like the most complete best fighter on the planet right now truly masterful in every way!

Max’s ability to keep Kattar constantly guarded and guessing is allowing him to work so freely and playful. High level stuff!! #UFCFightIsland7

Max hitting him like he order the 20piece for McNugget! @ufc @BlessedMMA

Holloway showing he’s at a different level right now. Putting on an absolute show. Kattar proving his toughness tonight tho.

These are the kinds of fights that make me emotional. So much heart, toughness, technique, and hard work put into this fight. Displayed in front of millions of eyes. It’s inspiring and moving. God I love MMA

Kattar is tough!! Max is pouring it on! #UFCFightIsland

When you talk about the best, the best is Blessed #UFCFightIsland7
Amazing fight! Kattar is tough as nails

.@CalvinKattar leaving part of his soul in the ring tonight for the fans with @BlessedMMA

The work rate of these guys sets the bar. @ufc @maxholloway @CalvinKattar