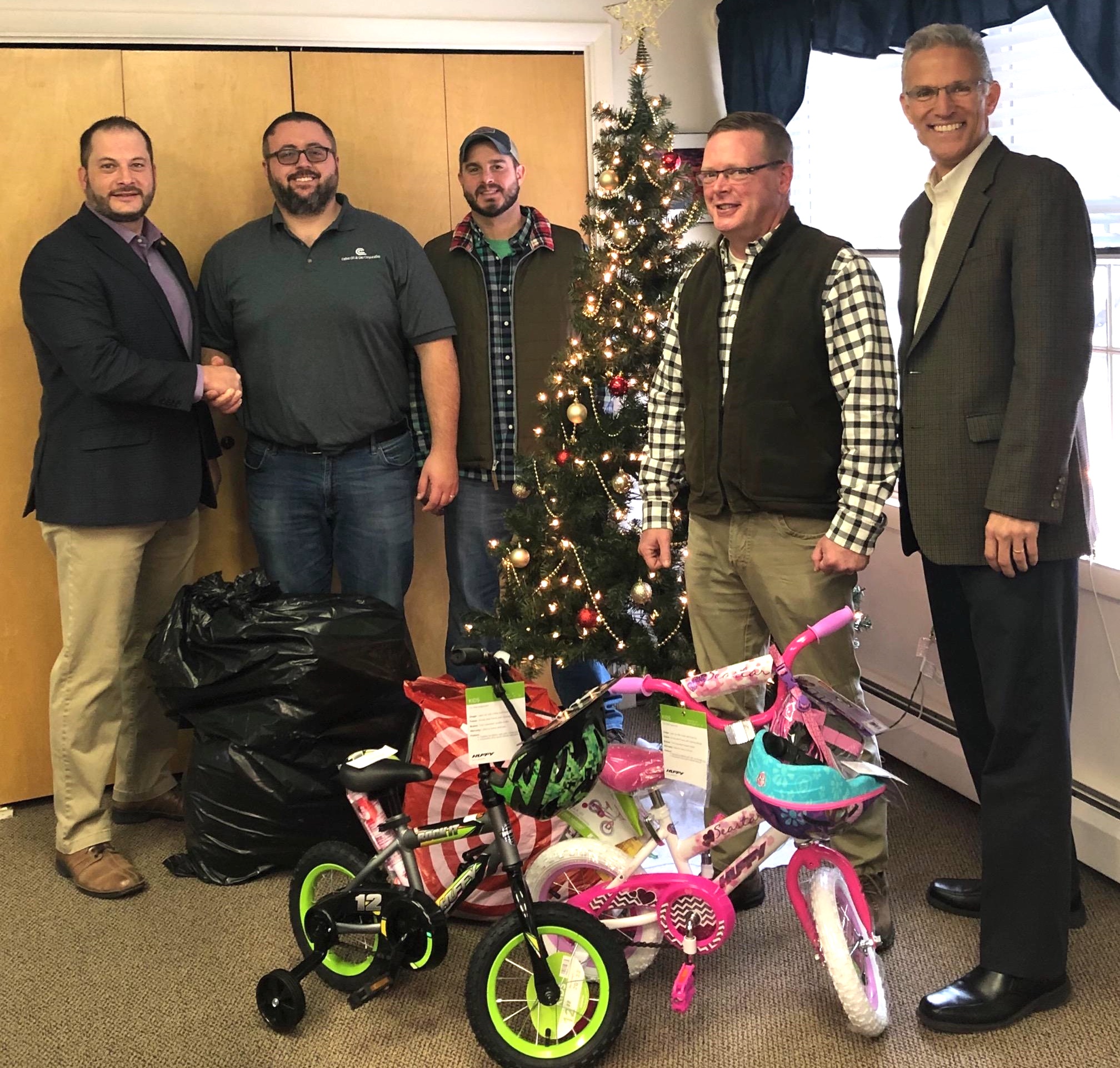 Honesdale was the home of Dick Smith, creator of “Winter Wonderland” and its Christmas Bureau and children just received holiday gifts from Cabot Oil & Gas.

Cabot Oil & Gas Corporation enlisted the help of PA State Representative Jonathan Fritz, who represents Wayne and Susquehanna Counties, to help deliver toys and $1,000 to the Wayne County Children’s Christmas Bureau (WCCCB) during Christmas week. The occasion was an extension of Cabot’s annual holiday outreach with Susquehanna County Interfaith and other agencies for families in need in Wyoming and Susquehanna counties.

The gas industry partners who participate with Cabot in their toy drive were so generous this year that project coordinators found themselves with extra gifts and cash after the wish lists submitted by families to the agencies had been filled. According to Bill desRosiers, External Affairs Manager at Cabot, employees suggested taking the excess to Wayne County, which is home to a number of them. 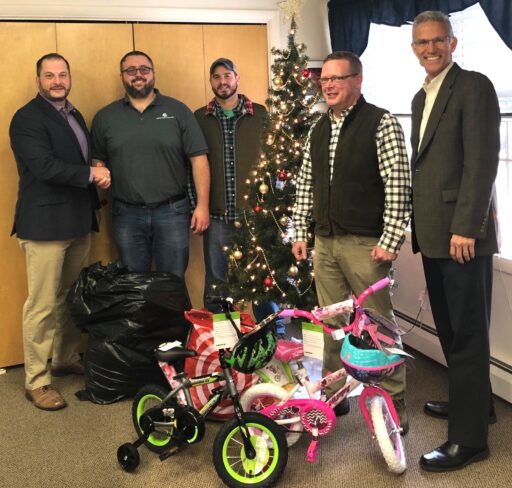 Displaying just a portion of a recent donation to the Wayne County Children’s Christmas Bureau are (from left) Rep. Jonathan Fritz, Bill desRosiers of Cabot, WCCCB board member Jay Nacinovich, board vice president Bill O’Neill, and George Stark of Cabot.

“Through our research, we discovered that the Wayne County Children’s Christmas Bureau (WCCCB) had unmet needs,” desRosiers noted.

“The needs keep coming,” said Bill O’Neill, Vice President at WCCCB. The organization’s annual toy and clothing drive goes back at least 30 years, and O’Neill has been a part of the project since 1997. In an average year, the WCCCB assists 150 families and 350 kids.

“Businesses adopt families. Families adopt families,” he explained, describing the drive as a “well-oiled machine” in which area businesses hold “dress-down days” and school students hold competitions. Local radio personality Michael G. Stanton helps bring attention to the WCCCB’s efforts by taking a Shower for Charity each December in a bath tub set up on Honesdale’s Main Street, bringing in $20,000 or more. “It truly is an amazing area that we live in with this kind of generosity year after year.”

O’Neill related that he was “very pleasantly surprised” when Rep. Fritz contacted him and invited WCCCB members to his Honesdale office. Cabot contributed a truck load of new toys and clothing, a check for $1,000 and several hundred dollars in gift cards.

The WCCCB hosted a distribution day when parents came to pick up the unwrapped gifts that match the wish lists they filled out in October. The parents are given the discretion as to how to present the gifts, O’Neill noted. In addition to a toy for each child and needed clothing, the families get food vouchers and a Christmas tree purchased at a substantial discount by the WCCCB from a local landscaper. This year, the children were also given passes to play lazer tag at a new facility.

While the holiday drive begins in October of each year, the WCCCB looks after the community in other ways year-round when urgent needs of families are brought to their attention by school counselors, pediatricians and other professionals.

O’Neill said that Cabot’s holiday outreach was well-timed. “It worked wonderfully,” he stated. “We’re hoping to build a long term relationship with them. We couldn’t be happier that they picked us.”