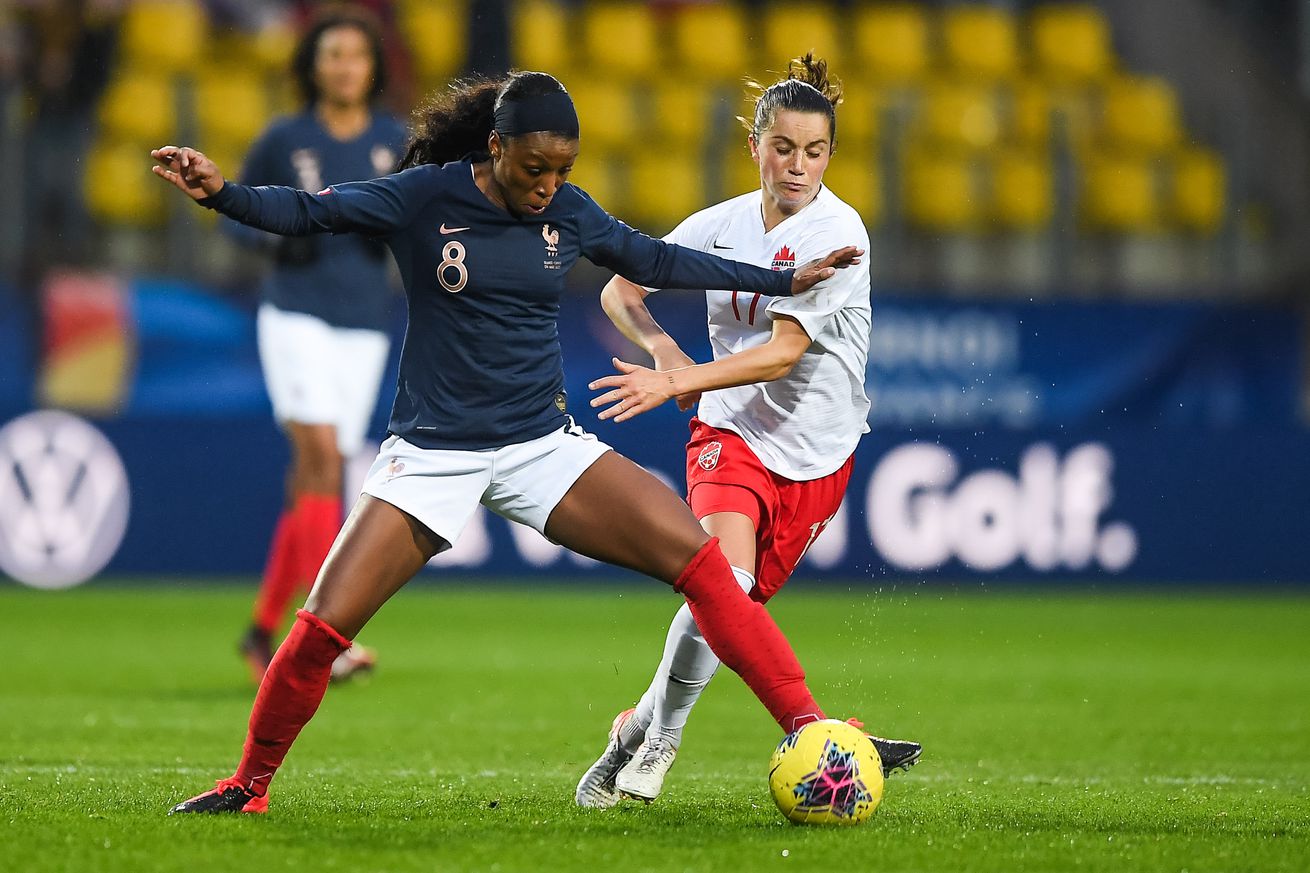 The Canadian women are off to an inauspicious start after a 1-0 loss to the hosts in the opening match of the Tournoi de France in Calais, France.

Despite the slim goal margin, the French side commanded possession in the game—61% to Canada’s 39%—and maintained consistent attacking pressure, scarcely allowing Canada out of their own end for most of the first 45.

Regardless of their control, however, France was unable to create many genuine scoring opportunities until the 55th minute when offensive midfielder Viviane Asseyi’s free kick found its way around Canada’s wall and past it’s diving keeper.

Although France were better on the day, Canada was not without their chances. At the 30th minute right Jayde Rivier crossed the ball to captain Christine Sinclair who headed it just over the cross bar; another opportunity in the 64th minute saw midfielder Jessie Fleming cross the ball once more to Sinclair, but it was just out of reach for any conversion.

Despite the disappointing loss, the Canadians are optimistic.

“I think we have a lot going into the next couple of games and it’s a good start from us and we can take a lot from this and move forward and really come out the team we know we are and the team that came out of the qualifying tournament,” said goalkeeper Kailen Sheridan. “We need to make sure for the next game we show up and are really prepared and we possess more.”

Canada will face the Netherlands in their next match, who are ranked 3rd in the world (with France and Canada ranked 4th and 8th respectively). As such, they will be a difficult side to take down; the game will serve as a good test for both sides as they prepare for the 2020 Olympics.

Canada vs. Netherlands will take place on Saturday, March 7 at 1:00 pm.