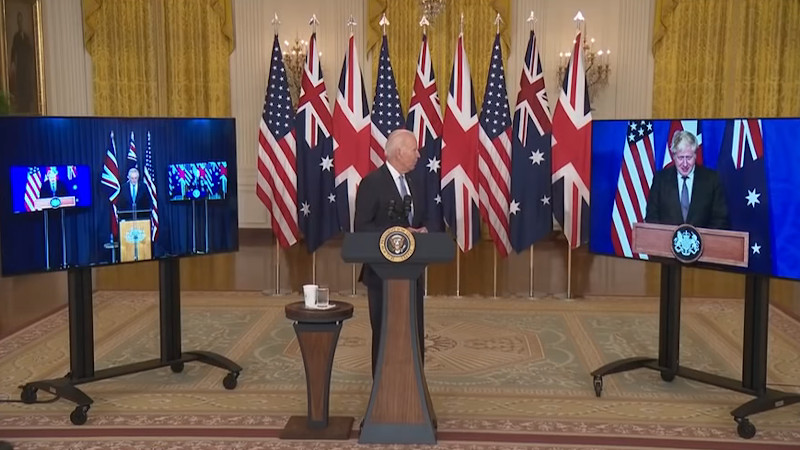 When news of the AUKUS agreement broke on 16 September2021, it caught everyone in Southeast Asia by surprise. While its understood that AUKUS is not an alliance, it had portent to agitate the strategic landscape for ASEAN.

In Indonesia, not a single member of Parliament endorsed it. The government issued a five-point response which avoided mention of AUKUS itself but stated that Indonesia ‘was deeply concerned over the continuing arms race and power projection in the region’. Jakarta was clearly wary of the development.

Malaysia shares similar concerns Indonesia’s about whether the arrangement would precipitate a regional arms race. Malaysia’s also worried that, although Australia is not set to acquire any nuclear weapons under the agreement, the transfer of nuclear technology to power Australian submarines might be the thin edge of the nuclear weapons wedge. This worry was echoed by Indonesia’s Director General for Asian, Pacific and African Affairs, Abdul Kadir Jailani, who wrote that Australia, the first Non-Proliferation Treaty country to build nuclear-powered submarines, ‘may set a dangerous precedent’ for others to follow. In that same article, Jailani pointed out, however,that Australia’s nuclear-powered submarine project does not violate the Southeast Asian Nuclear Weapons Free Zone.

In particular, AUKUS lifts constraints on China from sharing its sophisticated military technologies. While China’s unlikely to establish formal alliances, it may well be tempted to set-up AUKUS-like defence arrangements with other countries in the region.

Across ASEAN (known for its consensus approach) there’s no consensus on AUKUS. Singapore’s stance is somewhat neutral, hoping it will strengthen regional peace and security, and Vietnam and the Philippines see it as a welcome step towards a strategic balance in the regional geostrategic competition. Given these diverse perspectives, Indonesian Foreign Minister Retno Marsudi is unlikely to press the matter formally with her fellow ministers at this time.

ASEAN’s obviously not the target of the nuclear submarines nor other aspects of defence cooperation that are expected under AUKUS – it’s well understood that the submarines have China in their sights. Australia and the United States are also ASEAN dialogue partners and their relationships thus far have been solid and stable. But where the agreement leaves ASEAN strategically and what impact it might have on ASEAN centrality as a balancing force in Asia’s security equation is a deeper question. Some Southeast Asians are worried that AUKUS could affect ASEAN’s stabilising role in a volatile geopolitical landscape.

Canberra has missed no opportunity to reassure Jakarta on Australia’s support for ASEAN centrality. It’s important, though, that Australia follows through on strengthening the practice and application of ASEAN centrality, which is the heart of ASEAN’s contribution to regional stability in Australia’s backyard.

ASEAN may have impressive convening power and may well be in the driving seat of the region’s diplomatic arrangements, but it also has serious work to do in the hardball game of managing geopolitical rivalry. In its dealings with Beijing and Washington, ASEAN’s diplomatic posture has been too soft and its voice too muted. ASEAN needs to articulate its interests more forcefully to maintain and shore up its relevance in the geostrategic chessboard of the region. That might well mean being somewhat less polite and a little more blunt.

ASEAN also needs a strategic design that’s laid out to the competing powers and accepted by them. This is a difficult but not impossible challenge for an organisation that relies on consensus and has ten member countries, some with their own alignments with the two major powers across a range of issues. The East Asia Summit, for example, has not yet evolved into a decisive forum wherein the major powers and ASEAN countries can enhance cooperation and reduced rivalries. Marty Natalegawa, former foreign minister of Indonesia, once proposed the idea of an ‘Indo-Pacific treaty’ that would be tantamount to applying the norms of ASEAN’s Treaty Amity of Cooperation (TAC) to the wider Indo-Pacific region, but the idea has so far struggled to gain traction.

ASEAN welcomes open competition between the big powers within the region, of the right kind (namely competition in peace and for progress). ASEAN countries stand to benefit from positive competition among China, the United States and Japan, for example, for trade, investment, and educational opportunities. What ASEAN does not want is the kind of bitter zero-sum rivalry that would create tension, mistrust and division and thus (once again) pull the region apart.

Despite the initial furore over the AUKUS agreement, the controversy has died down. It hasn’t, as some feared, seriously undermined strategic trust between Australia and its ASEAN partners. Indonesia, while certainly displeased not to have been forewarned – particularly given the 2+2 meeting that had taken place between the two countries’ foreign and defence ministers in early September – was in no position to take Australia’s secrecy surrounding the agreement personally given how France was kept in the dark.

Australia, the United Kingdom and the United States need to engage in serious confidence building in the region. In particular, it would be good for AUKUS countries to develop confidence building measures with China. Of course, this would require a significant elevation of diplomatic tradecraft, and political courage. Demonisation of China, now one of few bipartisan issues in Washington, is too fashionable. In an increasingly polarised world, greater effort to bridge the divide needs be made because it’s crucial to Asia’s economic and political security.

Here, there is an important role for middle powers such as Australia and groupings such as ASEAN to push for a strategic entente between the two major powers who, trying to resolve things alone, are likely to make less progress.

*About the author: Dino Patti Djalal is Founder and Chairman of the Foreign Policy Community of Indonesia and formerly Indonesian Ambassador to the United States, Presidential spokesperson and Deputy Foreign Minister.