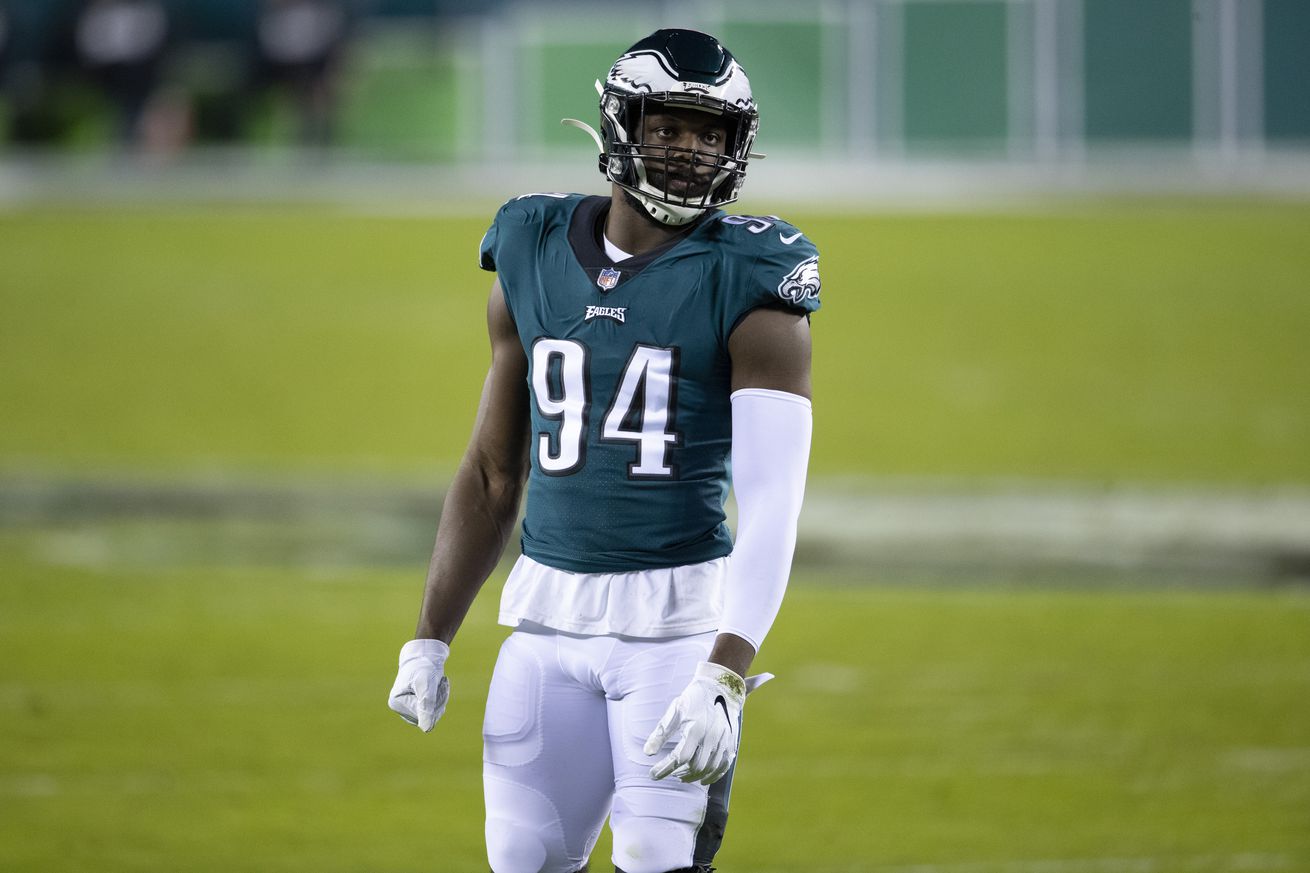 Making sense of the moving parts.

The Philadelphia Eagles officially announced seven roster moves and one injury updated ahead of their Week 16 game against the Dallas Cowboys. An overview:

Let’s sort through this on a player-by-player basis.

Richard Rodgers failed to practice this week due to a shin injury. The Eagles signed Wilson to give them a third tight end behind Dallas Goedert and Zach Ertz. Barring injury, Wilson will mostly play on special teams.

The Eagles signing McGill to the roster could be viewed as a concerning development when it comes to Fletcher Cox, who is questionable for Sunday’s game. McGill is now the fifth defensive tackle on the roster after Cox, Javon Hargrave, Malik Jackson, and Raequan Williams.

Jackson is back for his first game since Week 7. We wrote more about the impact of his return (or lack thereof) in a separate post.

Sweat suffered a wrist injury early during the Eagles’ Week 15 game against the Arizona Cardinals. He’s now out for the season barring a deep playoff run. Shame because Sweat was showing some nice potential and losing him hurts Philly’s pass rush.

Seymour got banged up in the Eagles’ Week 15 game. His departure from the roster leaves the team with three full-time cornerbacks: Darius Slay (back this week), Nickell Robey-Coleman, and Michael Jacquet. The Eagles are also listing Blake Countess at corner despite most of his NFL experience coming at safety. Jalen Mills can also play corner, obviously, but Jim Schwartz wanted to keep him at his new position for communication purposes with Philly losing Rodney McLeod for the season. Slay and Jacquet will be the boundary corners when NRC is lining up in the slot. NRC might also see some playing time on the outside in base defense unless the Eagles merely trust Jacquet to play there all game long.

Not sure why the Eagles need an extra running back when Miles Sanders, Boston Scott, Corey Clement, and Jason Huntley are all healthy. Perhaps Howard’s promotion is a signal that Doug Pederson really plans to run the ball against a terrible Cowboys run defense that’s allowing the most yards per rushing attempt (5.0) this season.

The Eagles needed another defensive end body with Sweat going on IR and Barnett getting ruled out. The team now has Brandon Graham, Vinny Curry, Genard Avery, and Ostman as their top four edge rushers for Sunday’s game. Ostman failed to make a big impact (other than getting obliterated by Nick Chubb) when he was previously elevated in Week 11. Perhaps Ostman can redeem himself with a big game here. Glad to see him getting another opportunity.

Barnett wasn’t even listed on the injury report this week until popping up with a calf issue on Friday’s update. He wasn’t able to travel with the team to Texas. The Eagles could’ve used a big performance from their 2017 first-round pick in this spot.

Johnston was a full participant in Friday’s practice and he was able to travel with the team so it looks like the Eagles won’t be without their punter on Sunday. The Eagles probably would’ve announced the signing of another punter by now if Johnston couldn’t play.