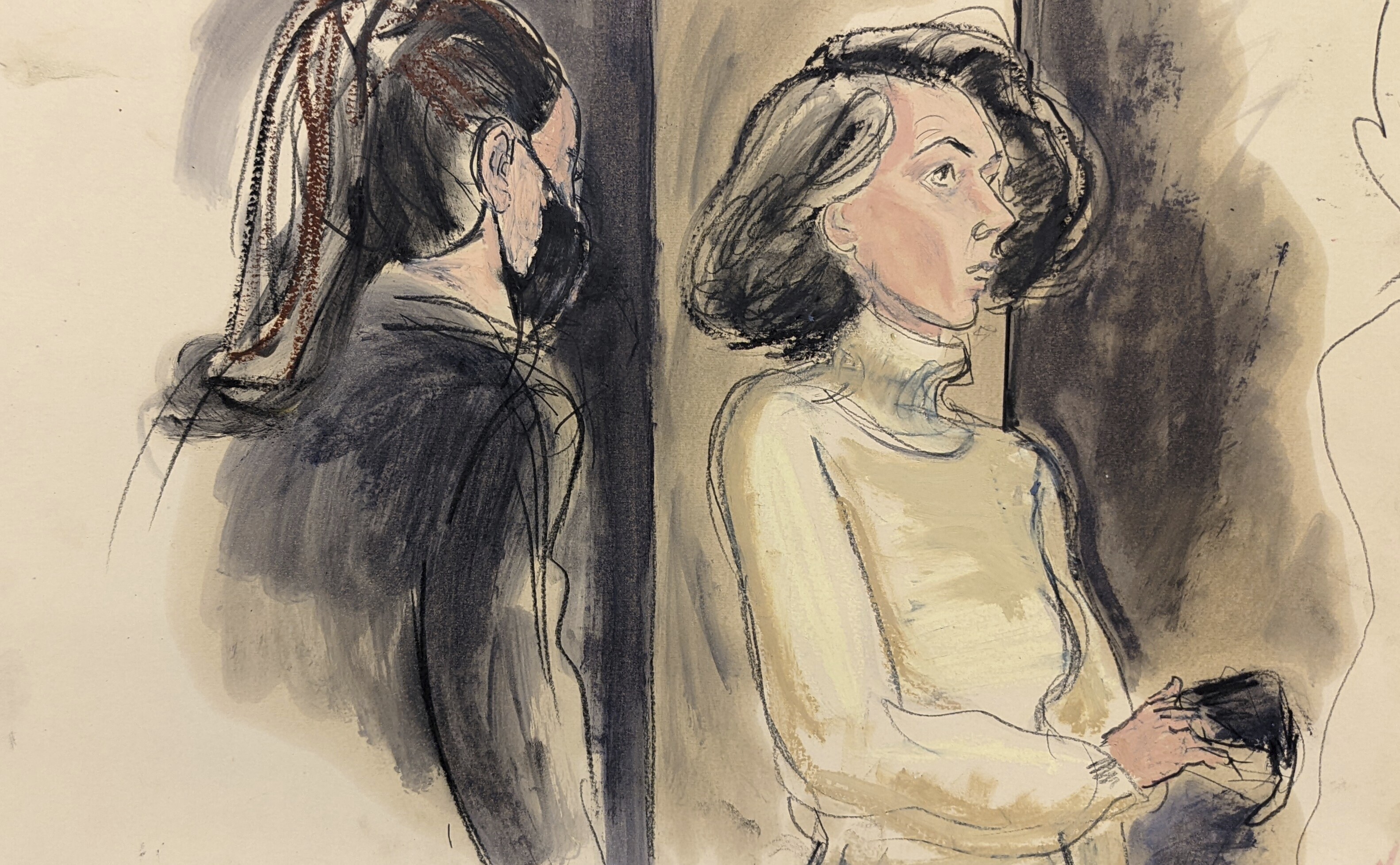 NEW YORK — Ghislaine Maxwell, the longtime paramour of financier Jeffrey Epstein, was convicted on sex-trafficking charges after a trial that centered on what types of enabling conduct — including befriending young girls and teaching and scheduling them to massage an older man — should be considered criminal.

Maxwell, 60, was accused of recruiting teenage girls to massage Epstein at his homes in Palm Beach, Fla., New York, New Mexico and elsewhere between 1994 and 2004.

Epstein allegedly paid the girls hundreds of dollars in cash for the massages, which involved sexual touching and which he expected three times a day. He died by suicide 28 months ago, while awaiting his own trial.

He and Maxwell were a jet-setting power couple who hobnobbed years ago with, among others, Bill Clinton, Donald Trump and Great Britain’s Prince Andrew.

A renewed investigation led to more serious federal sex-trafficking charges in 2019. And his suicide, weeks after his arrest on those charges, left accusers demanding that individuals who enabled their alleged abuse be held accountable.

Maxwell’s trial was viewed by both Epstein’s victims and by outside experts as an opportunity for prosecutors to do so.

Jurors began deliberating late on Dec. 20, with a four-day halt over Christmas weekend.

At trial, prosecutors argued that the teenagers, who were as young as 14 during their encounters with Epstein, expected Maxwell to be a buffer and chaperone between them and the much older multimillionaire.

Instead, Maxwell facilitated massage appointments and gave instructions on what Epstein liked, the now-grown women said. She also sometimes arranged their flights and other travel details when they visited his homes.

Three of the four accusers who took the witness stand during the three-week trial in U.S. District Court in Manhattan said they also were subjected to unwanted sexual touching by Maxwell herself.

The women described how Maxwell warmed them up to the idea of massaging Epstein by giving them lessons and instructions.

“Maxwell was a sophisticated predator who knew exactly what she was doing,” Assistant U.S. Attorney Alison Moe said during closing arguments on Dec. 20. “She caused deep and lasting harm to young girls.” 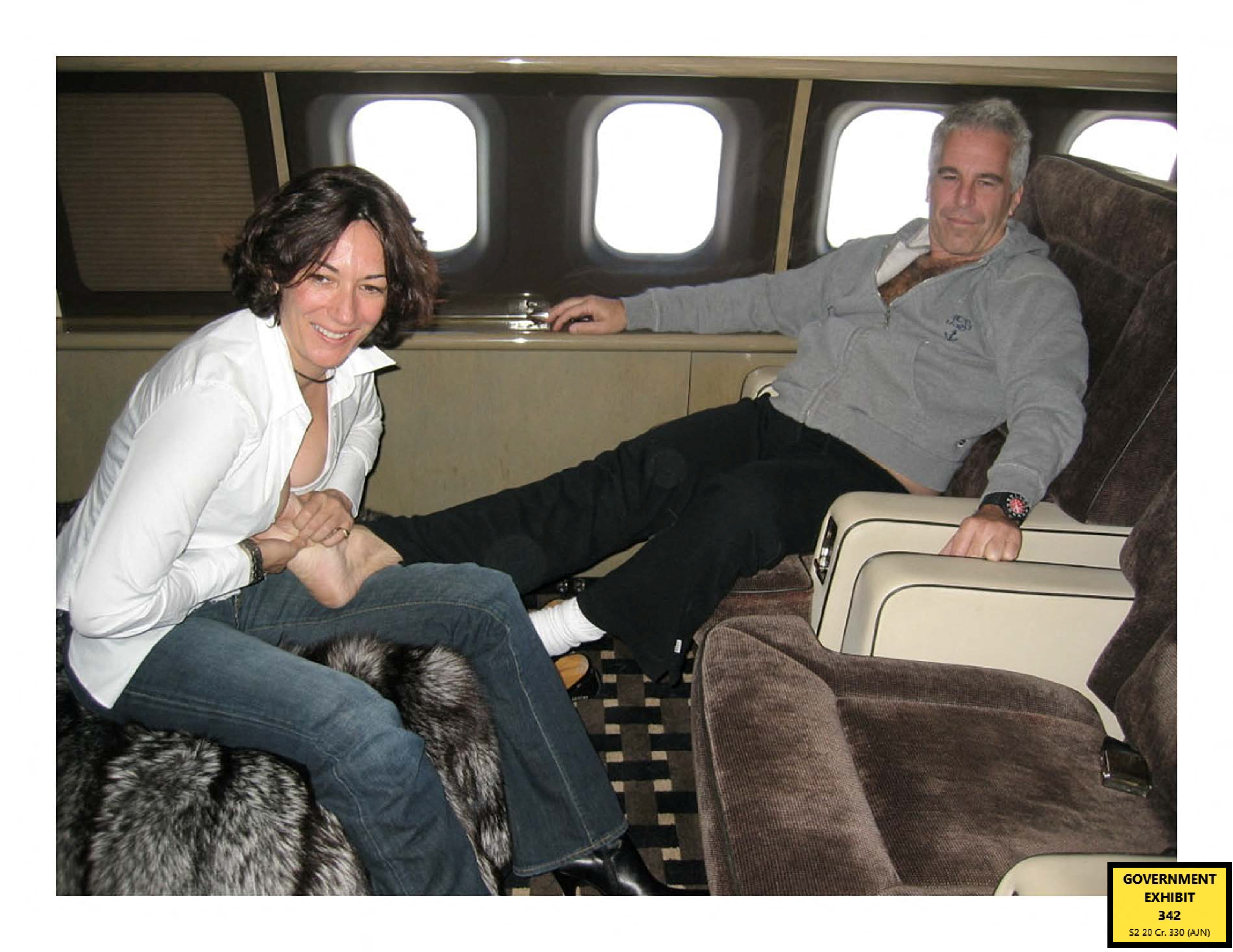 An undated photo shows Jeffrey Epstein and Ghislaine Maxwell on Epstein’s airplane. The photo was entered into evidence by the U.S. attorney's office on Dec. 7 during Maxwell’s trial. (Reuters)

Defense attorneys for Maxwell presented her as someone whose primary role in Epstein’s life was to manage his properties and assist him in business matters. They argued that the accusers’ memories have been influenced by years of media coverage focused on Epstein, and on Maxwell’s proximity to him.

During cross-examination, the lawyers pressed Maxwell’s accusers to admit that they did not tell authorities about Maxwell’s alleged role in the abuse until after Epstein’s suicide, as the victims were beginning to pursue claims against Epstein’s estate that ended up totaling millions of dollars.

The attorneys suggested that cooperating with law enforcement put the women in line to win a bigger financial settlement — a notion that prosecutors vehemently disputed.

Defense attorneys also presented testimony about how memories can be impacted over time by information people learn or hear after the fact.

“The evidence presented at trial has established exactly what we told you it would during openings, that the stories relied on by the government are the product of erroneous memories, manipulation, and money,” Maxwell’s attorney Laura Menninger said in her summation.

Jurors were given a detailed 80-page jury charge to work from as they considered each of the six counts in the indictment. The document is meant to serve as an instruction manual of sorts. It laid out legal definitions of terms like “knowingly” and “interstate commerce,” as well as the specific statutes and the exact elements needed to prove the charges.

The document also included instructions to the jury and explanations of their role and the rules by which they must consider the evidence.