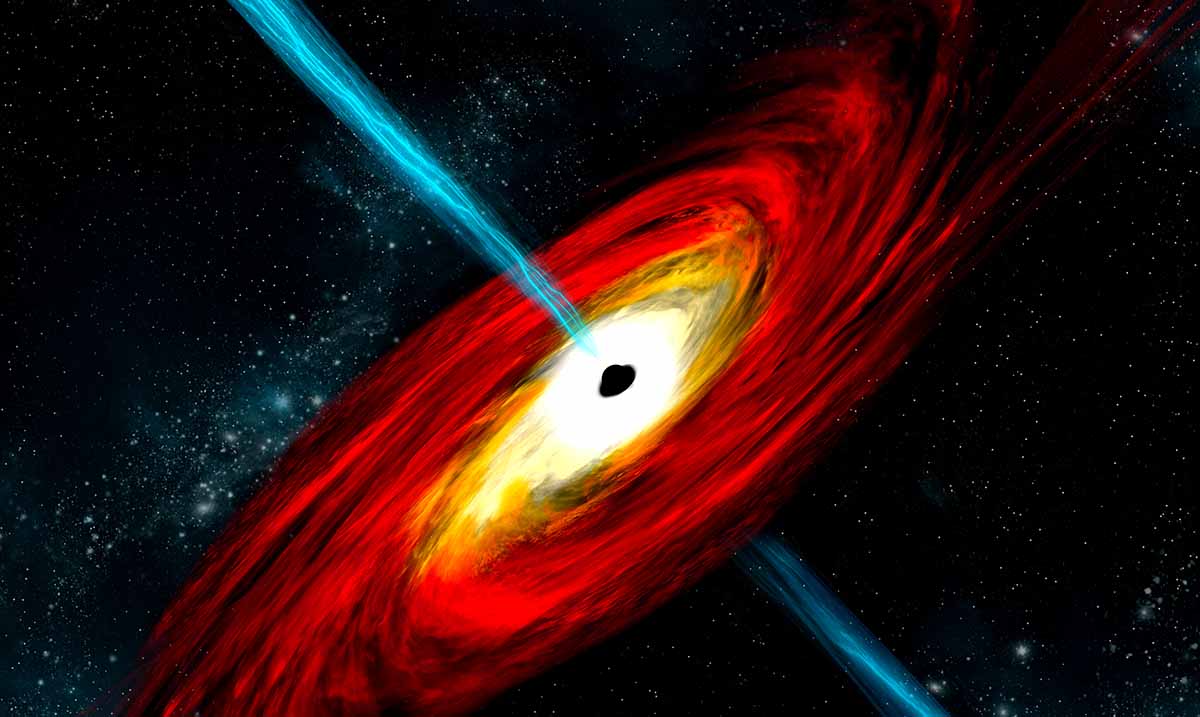 While we know black holes can get pretty big, just how big can they get? Well, that’s something we can’t necessarily say for sure right now but we do have some ideas and they’re pretty interesting.

According to a team of scientists, it seems they might actually end up getting what is being referred to as ‘stupendously large’ in size. Findings on all of this were actually posted on August 18th in the preprint database known as arXiv and from there were submitted for a formal peer review according to Space.com. You see, within this study, it seems black holes might be capable of reaching these stupendously large sizes which are defined as anything with ‘100 billion solar masses in size or larger.’ This would be bigger than anything we’ve seen so far and while more research does need to be done, this whole concept is quite fascinating for a lot of reasons.

Astrobites wrote as follows on all of this:

Black holes come in many different sizes. Stellar black holes, which originate from the supernovae of massive stars, weigh a few times the mass of the sun (M☉ ). In contrast, the supermassive black holes (SMBH) in the centres of galaxies can be millions or even billions of times as massive as the sun. For example, the black hole in the centre of the Milky Way has a mass of 4 x 106 M☉ and the black hole in the galaxy M87, whose image was taken last year, weighs 6.5 x 109 M☉. But can black holes grow arbitrarily large or is there a natural size limit? To answer this question, the authors of today’s paper consider Stupendously Large Black Holes (SLABs) with masses above 1011 M☉. They discuss how SLABs could form, what observable effects they would cause and even how they could shed light on the nature of dark matter.

There are in principle two possibilities for how SLABs could form: Before or after the creation of their host galaxy. In the latter case, a ‘normal’ sized SMBH accretes large amounts of material to grow to SLAB-size. However, when a black hole feeds on gas, the infalling matter forms an accretion disk around it. This disk is extremely hot and therefore releases strong X-ray emission. We do not observe any emission fitting to the accretion disks of SLABs, so the authors conclude that it is more likely that SLABs would form before their host galaxies from Primordial Black Holes (PBHs).

PBHs are black holes formed from density fluctuations in the very early Universe. Some of these fluctuations, which over time also gave rise to today’s galaxies and galaxy clusters, could have collapsed under their self-gravity and so formed PBHs. They have not (yet) been confirmed, but are a candidate for the Universes’ dark matter. A variety of different observations constrain the possible masses of PBHs to four different regimes: asteroid-size (masses between 1016 g and 1018 g), lunar-size (masses between 1020 g and 1024 g), intermediate size (masses between a few and hundreds of M☉) and SLAB-size (above 1011 M☉). Consequently, SLABs could be very massive PBHs or slightly smaller PBHs that accreted some mass.

How could we detect SLABs and how many might there be?

The authors discuss three different mechanisms, by which we could detect SLABs: Gravitational lensing, dynamical effects, and heating due to accretion. The first effect, lensing, occurs because the massive black holes warp light rays. Consequently, the images of background objects are distorted, and even multiple images can be visible.

While all of this might sound a bit out there it does make sense. While right now the largest black hole we know about is one that has a mass of about 66 billion solar masses and being so enormous we can’t rule out that there might be larger ones out there somewhere. Yes, these are all educated speculations when you really think about it, but they are pointing us in a powerful direction, wouldn’t you agree?

In time we will know whether or not what is being referred to as SLABs do exist or well do not exist. What do you think about all of this? I for one think it is extremely important moving forward when it comes to black holes and while the idea of ‘stupendously large’ black holes is frightening, it is also quite exciting.