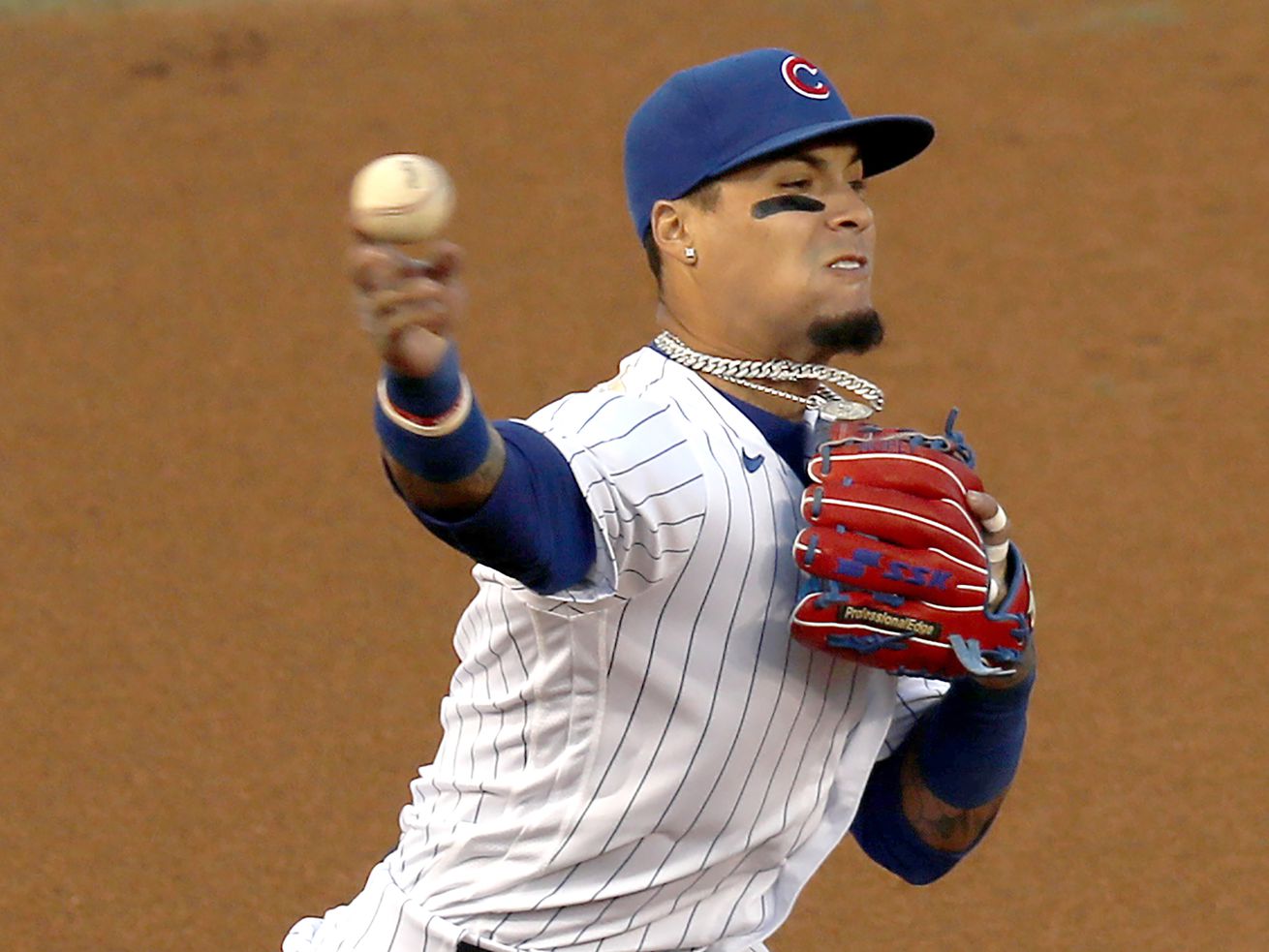 Cubs shortstop Javy Baez: “The positioning has been a little different. We’ve been making adjustments that we didn’t make in the past.”

It would be easy to look at the Cubs’ offense with Kris Bryant, Javy Baez and Anthony Rizzo and think that would be their calling card.

Oh, the Cubs have shown they can still be dangerous at the plate, but they’re starting to turn heads with their defense.

Whether it’s a flashy play on a slow roller or a catch and collision at the wall, the Cubs’ defense has been in the habit of turning balls in play into outs. The players and manager David Ross have attributed that success to bench/infield coach Andy Green and third base/outfield coach Will Venable.

Ross is pleased with his team’s defensive commitment and knows that hard work will continue to show up when it matters, even if it’s not what people recognize right away.

“I don’t know that defense ever gets enough credit,” Ross said, ‘‘no matter what sport it is. You think about homers and offense and pitching, but pitching and defense go hand in hand. I think that just as a category, it’s hard to value in general. Then, you know, we want to put a number on everything these days, and sometimes it’s just about guys instinctually moving.

“If you watch Javy out there, sometimes as much as we play in areas, he knows that this guy is going to pull the ball off Kyle Hendricks because he’s been playing behind Hendricks for multiple years and knows where most of the right-handed hitters hit off Kyle when they roll over a changeup or two-seamer away.’’

Through 14 games, the Cubs ranked second in the National League and fourth in the majors with nine defensive runs saved as a team, according to FanGraphs. They also have allowed only one unearned run.

A few adjustments in positioning also have been beneficial.

“The positioning has been a little different,’’ Baez said. ‘‘We’ve been making adjustments that we didn’t make in the past. Obviously, [former Cubs coach Brian Butterfield] was great for us. We want to learn from every person and coach that we have. It’s been really hard just because the summer camp was so short, but we’re trying to get everything together and work hard during BP.”

Schwarber out with bruised knee

Left fielder Kyle Schwarber was scratched from the lineup Wednesday with a bruised right knee. Schwarber was hit in the knee in the sixth inning of the Cubs’ 7-1 victory Tuesday against the Indians.